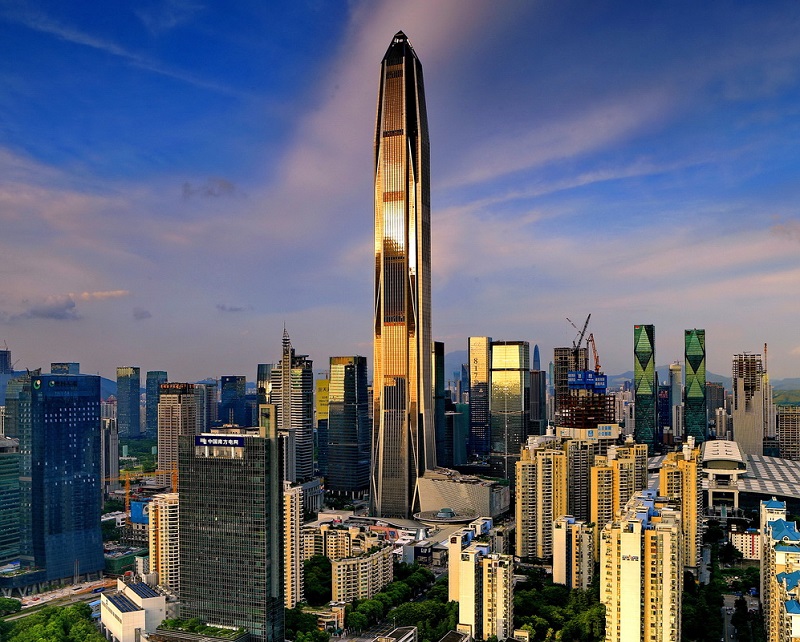 The Ping An Finance Centre was completed in March 2017, becoming the fourth tallest building in the world.

Measuring 599 m (1,965 ft), with 115-storeys, the tower is the tallest in Shenszhen and the second tallest in China. It was built to serve as the headquarters of Ping An Insurance.

Described as having the form of a ‘taught steel cable’, the top of the tower tapers to a prism. Eight composite mega-columns further emphasise the building’s form, anchored to the composite concrete core using steel outriggers. These mega-columns help streamline the structure by extruding beyond the envelope, improving both structural and wind performance. Baseline wind loads are estimated to be reduced by 35% as a result of this design solution. 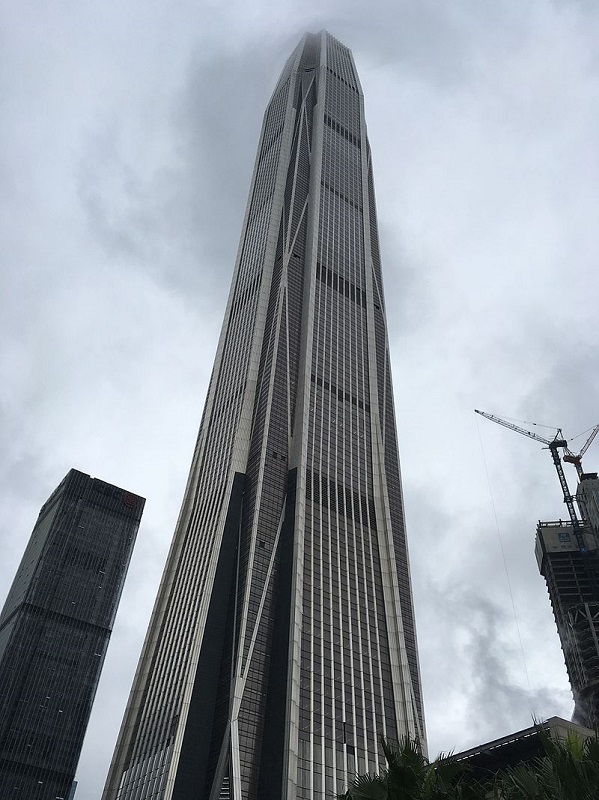 The tower’s stainless steel façade is the largest in the world to-date, consisting of 1,700 tons of 316L steel, chosen for its corrosion-resistant properties. This is intended to maintain the Centre’s external appearance despite the high salt content of Shenzhen’s coastal atmosphere.

Construction work began in August 2009 and was topped out in April 2015. The original design included a 60 m antenna which would have taken the total height of the building to more than the Shanghai Tower, making it the second tallest in the world. However, in February 2015 this was dropped from the design due to the possible obstruction of flight paths.

Retrieved from "https://www.designingbuildings.co.uk/wiki/Ping_An_Finance_Centre"
Create an article