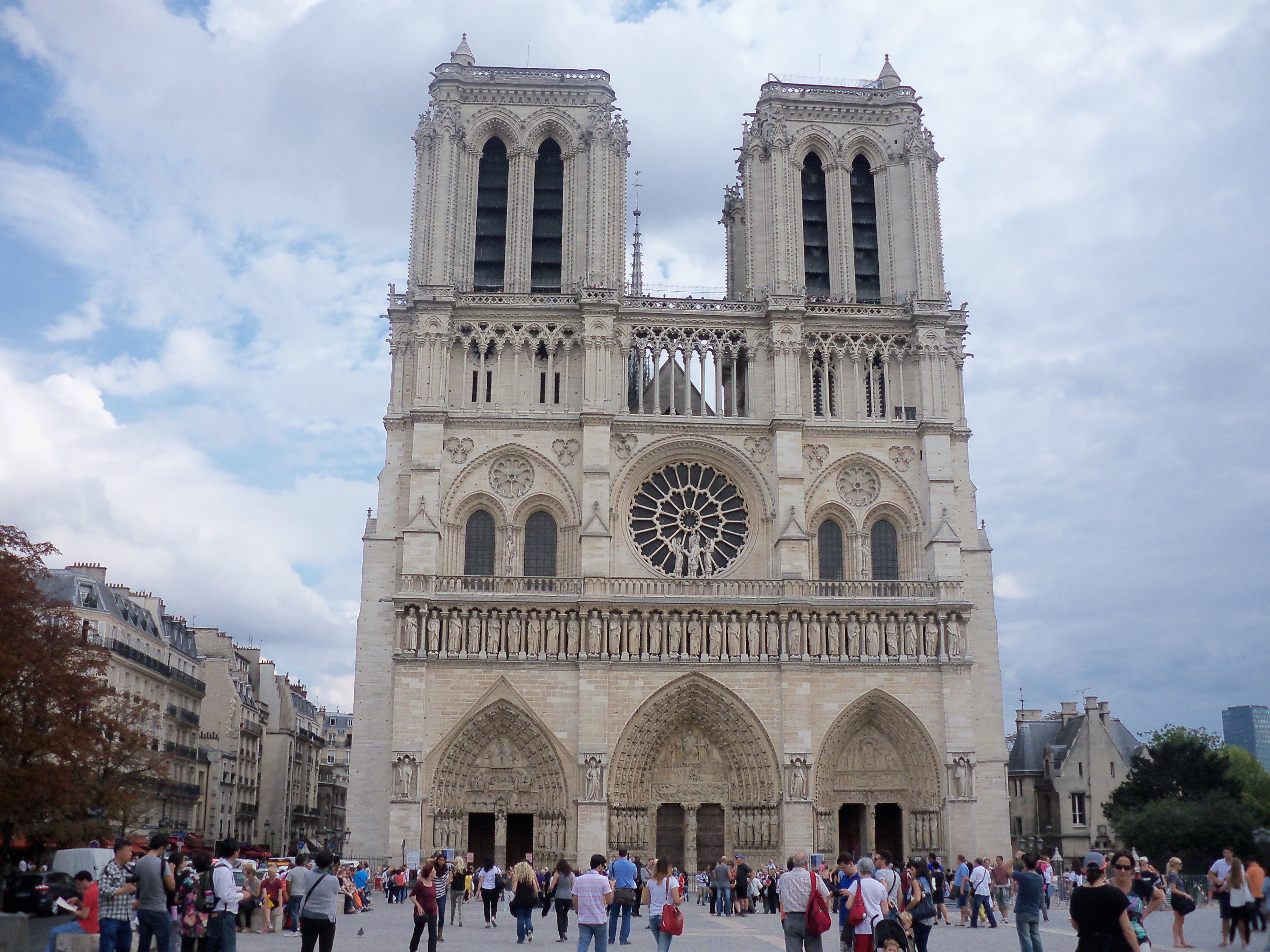 Notre-Dame de Paris is a medieval Catholic cathedral on the Île de la Cité in Paris, France. It is one of the finest examples of French Gothic architecture, and one of the most famous churches in the world.

The cathedral was constructed on the ruins of two earlier churches, which were themselves on the site of a Gallo-Roman temple. Around 1160, Maurice de Sully, the bishop of Paris, conceived the idea of converting the ruins of the two basilicas into a single, larger religious building.

Notre-Dame is still used as an active Catholic church, as the cathedral of the Archdiocese of Paris; and is one of the most popular tourist attractions in France, with around 13 million visitors a year.

In popular culture, the cathedral is most famous as the setting for Victor Hugo’s classic historical novel ‘The Hunchback of Notre-Dame’, published in 1831. 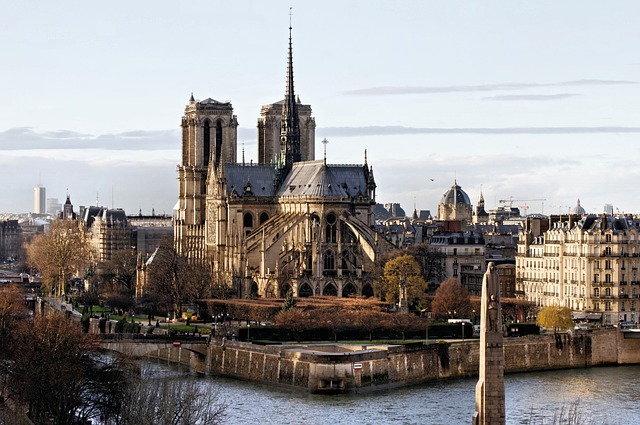 Construction began on the cathedral in 1163, during the reign of Louis VII. Bishop de Sully, having conceived the project, devoted the rest of his life and wealth to its construction.

The cathedral is notable as one of the first buildings in the world to incorporate flying buttresses, which were required as the walls around the choir and nave began to develop stress fractures during construction. The architects designed single-arch buttresses to prevent the walls being pushed outwards under load.

The two early-Gothic towers crowning the western façade were constructed between 1210 and 1250, reaching 68 m (223 ft) in height. 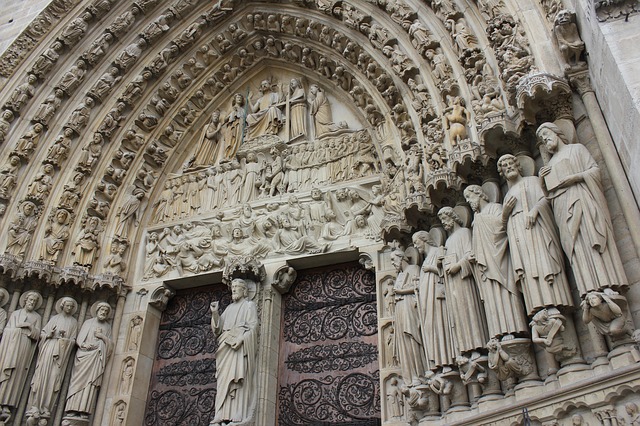 The different styles seen at various heights on the west front and towers are an indication of the numerous architects who worked on the project over the decades. The most significant change came in the mid-13th century when the transepts were remodelled in the latest Rayonnant style, characterised by the radiating style of the spectacular rose window.

From the mid-13th century, the remaining elements – such as the elaborate statues, tympanum and gargoyles - were completed and the project was finally finished in 1345. 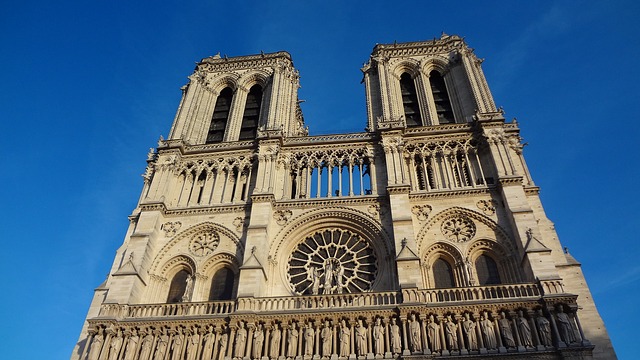 Notre-Dame has undergone significant alterations since it was completed. During the reigns of Louis XIV and Louis XV, major works were undertaken to modernise cathedrals throughout Europe. A large statue near the western entrance was destroyed in 1786, along with crypt tombs and stained glass windows.

During the French Revolution, as part of a ‘reasoned’ backlash against religious idolatry, the cathedral suffered desecration, and much of its imagery was damaged or destroyed. Most significantly, the 13th century spire was torn down, and the cathedral was re-purposed as a warehouse for storing food.

In 1845, an extensive restoration project was started, which lasted 25 years. It included the construction of a taller and more ornate spire, as well as the addition of chimeras.

The cathedral sustained further damage during the Second World War, and was rumoured to have been ear-marked for demolition by Hitler.

Another major maintenance and restoration programme began in 1991, and lasted until 2010. In 2014, most of the lighting was upgraded to LED lighting.

On Monday 15 April 2019, at around 7pm, fire ripped through the iconic cathedral. By 9am the following day, the centuries-old masterpiece of French Gothic architecture had suffered catastrophic damage to its roof and some of its contents, while the 90m-high oak and lead spire over the crossing had collapsed completely. For more information see: Notre Dame fire.

Retrieved from "https://www.designingbuildings.co.uk/wiki/Notre-Dame_de_Paris"
Create an article