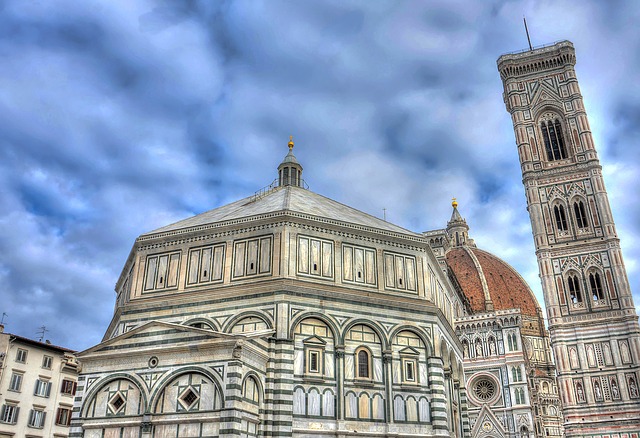 The Cattedrale di Santa Maria del Fiore, or Florence Cathedral, is the main church of Florence in Italy. Located in the Piazza del Duomo, it was constructed between 1296 and 1436 in the Gothic-Renaissance style. The cathedral complex also includes the Baptistery and Campanile and is situated in the historic centre of Florence, part of a UNESCO World Heritage site, and remains one of the most popular attractions in Italy.

At a height of 114.5m (376ft) and a length of 153m (502 ft), the cathedral is the fourth largest in the world, behind St. Peter’s in Rome, St. Paul’s in London and the Milan Duomo. When it was completed, the dome, by architect Filippo Brunelleschi, was the largest in the world and it is still the largest masonry dome ever built. 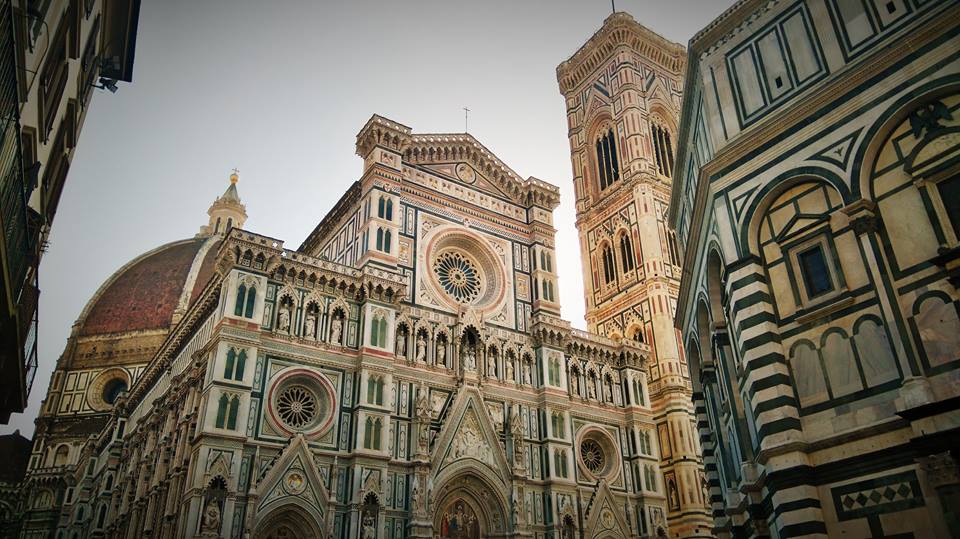 The vast Gothic structure was built on the site of the 7th century church of Santa Reparata, the remains of which can still be seen in the crypt. The church had been crumbling away and was no longer fit to serve the growing population of Florence.

The cathedral was designed by Arnolfo di Cambio, and construction work began in 1296. Over the course of the next 140 years Arnolfo’s design for the eastern end, although conceptually maintained, was greatly expanded in size.

With Arnolfo’s death in 1310, work on the cathedral slowed for the next thirty years until 1331, when the guild of wool merchants became patrons for its construction, and in 1334 appointed Giotto to continue the work. Upon his death in 1337, Andrea Pisano took over until work was halted in 1348 because of the Black Death.

A series of architects resumed work in 1349, with the campanile being completed along with the enlargement of the apse and side chapels. In 1359, Giovanni di Lapo Ghini divided the central nave into four square bays. By 1418, all that remained to be constructed was the dome which was finally completed in 1436. Marble tiles were relaid on the church’s floor in the 16th century.

Although the church was consecrated once the dome was in place, the exterior of the basilica remained unfinished until 1887. Emilio De Fabris completed the façade with polychrome marble panels in an elaborate Gothic Revival assortment of green, pink and white. 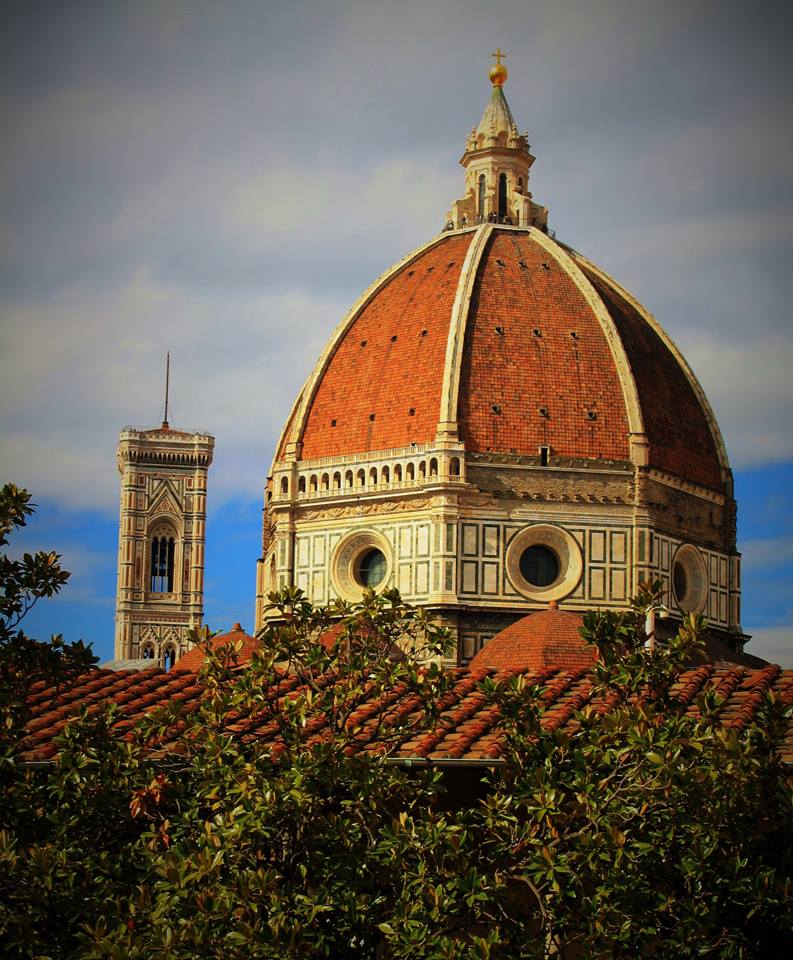 Designed by di Cambio as a glorious cathedral with a grand dome, there was a slight problem in that no one knew how such a structure could be constructed.

In 1418, the patrons announced an architectural design competition for the dome. Architects studied the mysterious equations of the Pantheon in Rome to devise a suitable solution to the technical problems posed by what would be the highest and widest vault ever constructed.

The goldsmith and watchmaker Filippo Brunelleschi designed the winning concept, which would be 45 m wide. Work began in 1420 and was completed in 1436. It was the first octagonal dome built without a temporary wooden supporting frame and is still considered a masterpiece of design and engineering.

The roof was topped with a layer of copper and a cross in 1469 using a crane specially designed by Leonardo da Vinci. In 1600, the dome was struck by lightning, causing the copper ball to fall to the ground below. The spot is now marked by a silver plaque.