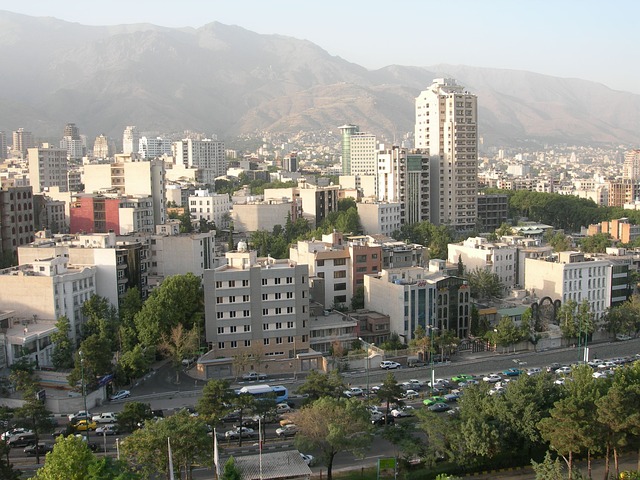 Ten years of economic and political sanctions has paralysed Iran and its economy. The value of the Iranian Rial has plunged and the production of Iranian oil declined due to reduced access to technology. The embargo on foreign investment has seen the country fall behind other markets in the region.

Many believe the JCPOA agreement means Iran could be the last ‘untapped’ frontier market in the Middle East through the re-establishment of international trade. According to the International Monetary Fund, the JCPOA will mark the beginning of a staggering 4-5.5% economic growth, the highest in the region. Others, however, believe there are still many obstacles to overcome.

As Iran re-opens its doors to the world, there is a sense of excitement, hope and optimism amongst Iranians. JCPOA has injected life back into Iran’s economy; factories are back in motion, companies are staffed and functional, young entrepreneurs are hunting for investors, and Iran’s tourism industry is bigger than ever. However, there has still yet to be a foreign transaction or investment despite the EU’s efforts and promises.

Amongst the activities reinvigorating the Iranian market, a handful see this revolution as an opportunity to import forward-thinking and sustainable socio-economic and technological culture. The culture that Iranians have been deprived of and the rest of the world has been thriving on for the past decade.

Regarding the construction industry and particularly sustainable buildings; in a country where the real estate sector contributes around 9% of GDP, topics such as ‘climate change’, ‘renewable energy’, ‘CSR’ and ‘Green Architecture’ should be on top of any major construction companies’ agenda. What surprises many is that they have been for years.

Amazingly, despite the fact that no foreign certification body has been operating in the country until recently, many building designs address and include the requirements of leading environmental assessment methodologies such BREEAM and LEED. Sections of environmental categories such as waste, pollution, land use and ecology and materials have been fed into the creation and construction of many new built structures from conception by UK and US-educated engineers and architects.

The question arises: why not incentivise further with training and certification?

To many it is hard to overlook the fact that Iran is an uncertain, unknown and fragile territory. Yet from a BRE perspective, post-sanctions Iran presents a receptive, eager and inspiring market.

There is already a high demand for BREEAM, but also close competition with LEED, which has a more established presence in the region. In such a market context, it is thought BRE should concentrate on the niche and create pathways that help share knowledge and ideas, not only in terms of regulations and technologies, but also drive increased awareness, trigger social behavioural changes and cultivate a sustainability culture.

In this space of change that now faces the country, BRE is in a strong position to help ensure growth is sustainable and exemplary in what it achieves from an infrastructure, communities, commercial and domestic buildings level.

This article originally appeared on BRE Buzz as ‘Embracing new markets’ in June 2016.

Retrieved from "https://www.designingbuildings.co.uk/wiki/Iran_-_market_potential_for_BREEAM"
Create an article