On 9 June 2016, BRE announced the further expansion of BREEAM in partnership with BuildingWise, the award-winning US-based LEED certification consultancy, to create BREEAM USA. This aims to give a new lease of life to the 5.6 million existing buildings in the US.

The Bloc in downtown Los Angeles is the first project in the USA to be registered for assessment under BREEAM In-Use. 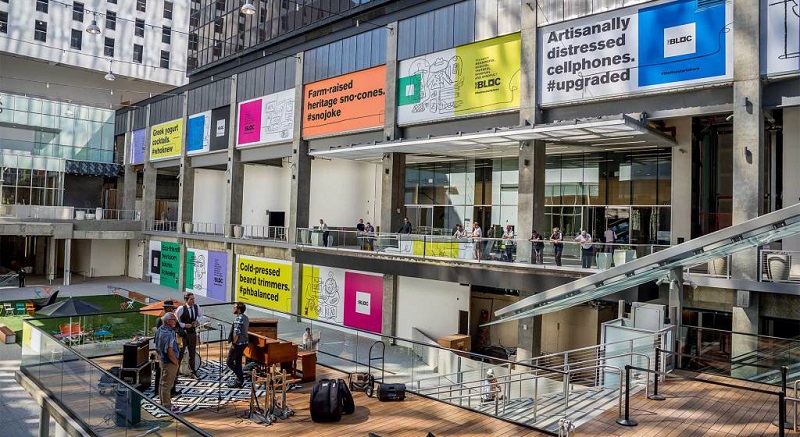 The developers and owners of the 1.8 million sq. ft development are The Ratkovich Company. With a $160 million renovation purse, they have completely transformed the site into a welcoming, stimulating urban centre, including retail, entertainment and workplace facilities.

This includes a sleekly redesigned Macy’s, a 496-room Sheraton Hotel and a 750,000 sq. ft luxury office tower which blends with an open-to-the-sky marketplace featuring local boutiques. The Bloc also includes an expansive outdoor space that will play host to a diverse roster of art installations and live performances.

Clare De Briere, chief operating officer and executive VP at The Ratkovich Company, said that these certification are, “a way for us to really focus on our core corporate values of building projects that are good for the environment, good for the people who use them and good for the cities where we build them. From a purely marketing standpoint, we love to be the first that is working to become BREEAM certified.”

De Briere says the project’s green building features provide an immediate payback and upon completion of all the efficiency improvements, the company expects to save 20% on energy bills alone.

“It’s also offset by the leasing of the space and the premium in rent we get. Even if it’s only a few extra cents per foot per month, we wouldn’t be getting it if we didn’t have these certifications."

“[BREEAM] is an opportunity for property owners who maybe can’t make it through the whole LEED certification process. BREEAM is a little less expensive and more accessible to smaller buildings that are older. It gives everybody the chance to reach for that gold star and say here is what we are doing to help the environment.”

This article was originally published by BRE Buzz on 10 Oct 2016. It was written by Simon Guy.

Retrieved from "https://www.designingbuildings.co.uk/wiki/BREEAM_USA"
Create an article