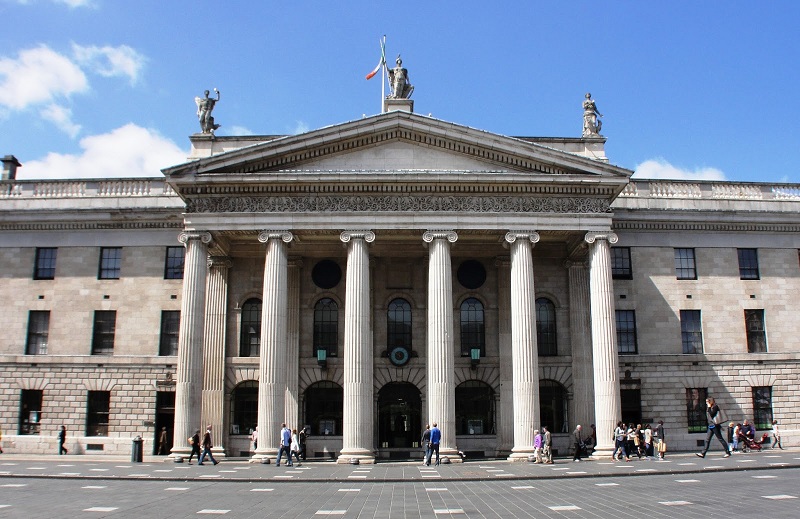 The General Post Office (GPO) is the headquarters of the Irish Post Office, An Post and is situated in the centre of Dublin's O'Connell Street. The original building was opened in January 1818 as one of the last great Georgian public buildings to be built in Dublin. One contemporary writer, James Brewer, described it as “commodious, well-arranged…and highly ornamental to the city.”

Through the 19th century it became the focal point of Irish communications although its historical significance is much wider. The building was seen by some as a manifestation of British influence in Ireland, as a result of which it was occupied by the leaders of the 1916 Easter Rising.

It was from the GPO that Padraig Pearse read out the Proclamation of Independence, claiming that Ireland was an independent republic and that a provisional government had been set up. This provoked the British into sending the gun-boat Helga up the River Liffey to shell the building, resulting in several days of fighting.

Badly damaged by fire during the rebellion campaign, the building was reconstructed and extended several years later and continued to function as Ireland's main post office, a role it retains today. The GPO is one of Ireland's most famous buildings, and one that continues to hold symbolic value.

Inspired by the Greek Revival style, the original building was designed by architect Francis Johnston and constructed in three years for the sum of £50,000.

It has three storeys, of which the lower or basement storey is rusticated. Extending 67m (220 ft), the front has an Ionic portico with six fluted columns. Until the 1920s restoration, the tympanum of the pediment featured the royal arms, but there remain many neoclassical architectural features, such as an enriched frieze and three statues on the pediment's acroteria:

With the exception of the portico, the building is constructed of Portland stone.

Of the original building, all that remains is the façade. The restored building, officially opened in 1929, retained elements of Johnston's design but also introduced some art deco features. The main feature of the interior is a large, open postal hall with an elevated mezzanine level and coffered ceiling of Grecian design. 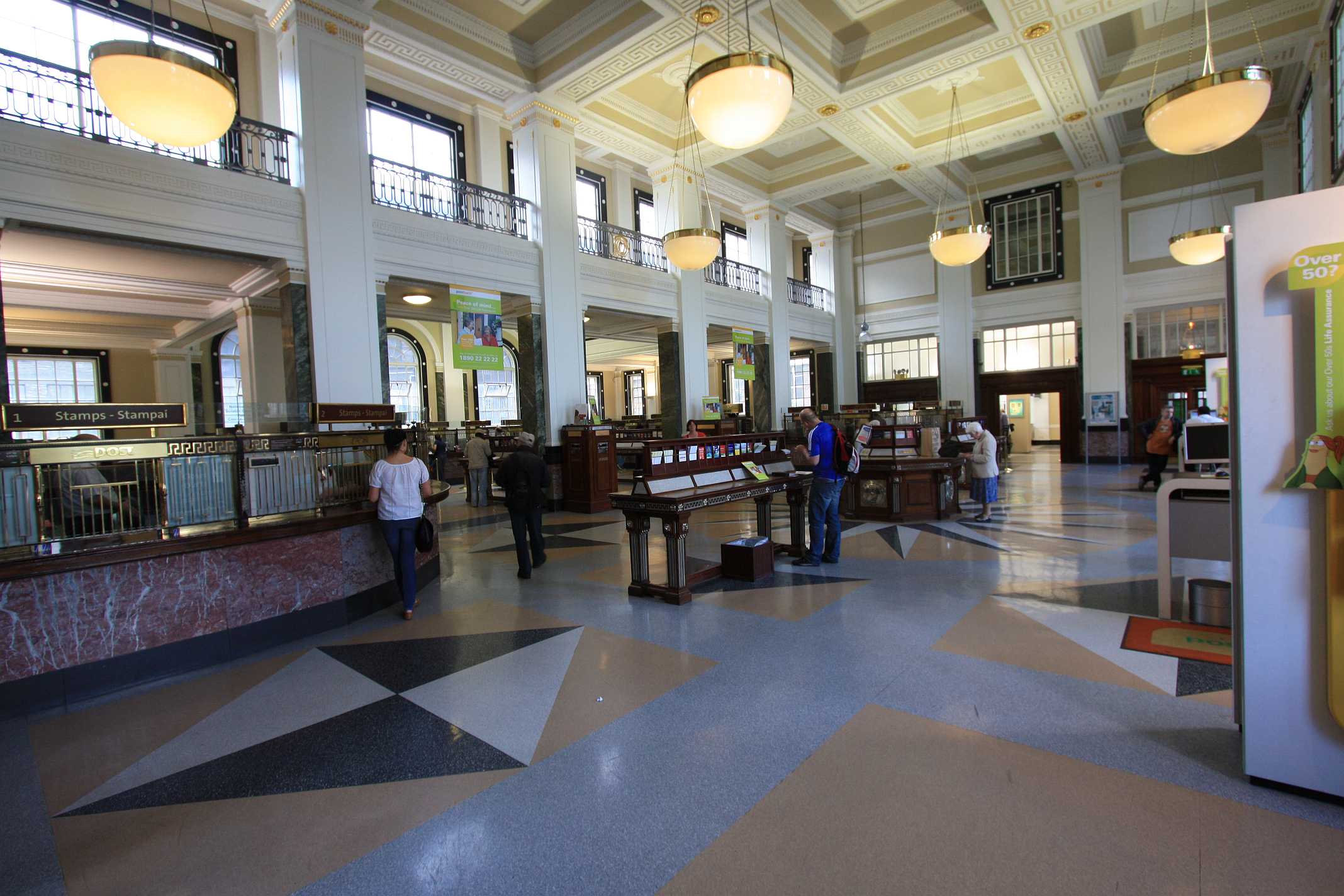 Because of its occupation during the Easter Rising the building assumed national significance as 'a place of Irish freedom'. An original copy of the Proclamation of the Irish Republic was displayed in the An Post museum highlighting the history of the GPO, and a statue depicting the mythical hero Cúchulainn's death is positioned in front of the building. Nelson's Pillar, formerly located adjacent to the GPO, was destroyed by an IRA bomb in 1966. The site is now occupied by the Spire of Dublin.

Despite this symbolism, the GPO's ground rent continued to be paid to English and American landlords until the 1980s. As well as remaining a functioning post office, it housed the broadcasting studios of 2RN, later Radio Eireann, from 1928 until 1974.

The museum closed in 2015, with a new visitor centre 'GPO Witness History', to commemorate the Easter Rising, opened for the centenary in March 2016.

Retrieved from "https://www.designingbuildings.co.uk/wiki/General_Post_Office,_Dublin"
Create an article