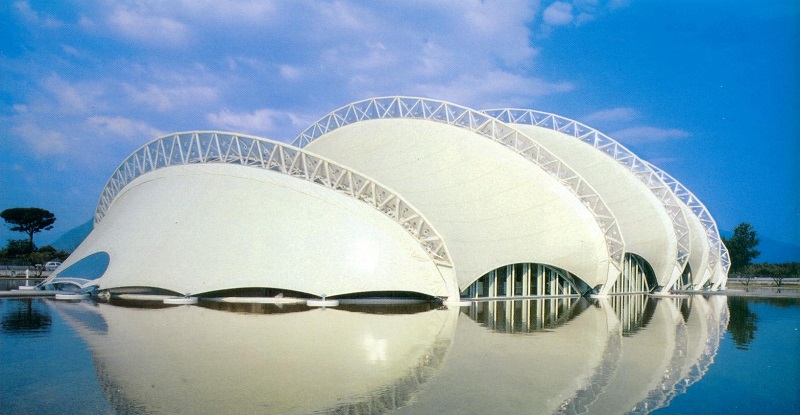 Fabric structures are tensile structures in which a membrane is 'stretched' to form a three-dimensional surface that can be used to create a roof, shading, or decorative component. Sometimes described as 'modern tents', fabric structures use very little material compared to other forms of construction, and are typically translucent, but they provide little thermal mass or insulation and can have a shorter lifespan than some other materials.

Typically, the membrane is formed by a structural fabric, consisting of a woven base cloth, coated on both sides, and held in position by tension forces imposed by a structural framework or a cabling system. Unlike conventional roofing systems, fabric structures can cover very large areas with no supporting columns. This makes them particularly suitable for buildings such as sports faculties, auditoriums, shopping centres, transport interchanges, and so on.

They can be relatively quick to construct and can be relocatable, making them suitable for temporary uses, and so have historically be associated with structures such as circus tents, or with military uses.

The origins of fabric structures can be traced back more than 44,000 years to the ice age and the Siberian Steppe, where remains have been found of simple shelters constructed from animal skins draped between sticks. Fabric structures developed and thrived predominately in regions where materials were scarce, or where survival required mobility; both conditions which tend to be brought about by low rainfall.

From these purely functional origins however, the tent evolved over many centuries to become a symbol of frivolity. Fabric structures became almost entirely recreational, and other than for military purposes were used in ways which ran entirely contrary to their functional origins.

This was to change during the nineteenth and twentieth centuries as architects became inspired by technological breakthroughs in structural engineering and architectural theorising on an emerging functional aesthetic.

The architect, Frei Otto, began exhaustive investigations into the structural principles behind a new generation of fabric buildings, and ultimately, this led to the extraordinary developments we now associate with modern fabric structures such as the roof of the Hajj Terminal at Jeddah Airport, the Millennium Dome and Denver International Airport.

The earliest fabrics were formed by simple membranes extracted from animals or vegetables. Later these membranes were cut into strips and interlaced to form larger, more practical textiles, and eventually these strips were twisted into circular sections allowing the manufacture of flexible, continuos fibres with enhanced strength.

Topcoats of protective fluorinated polymer lacquers (PVDF) applied to PVC coated polyester enhance its 'cleanability' and provide additional protection. In average climates, this fabric can last 15-20 years, or around 5 years less in sites where there is high exposure to sunlight.

PFTE-coated glass cloth is more expensive, but is strong and durable, and can have a lifespan of 30 to 50 years. It also has the advantage of being low maintenance and self-cleaning.

These tensile fabrics, (sometimes referred to as structural membranes or architectural fabrics) are available in a wide range of thicknesses, strengths, colours and translucencies.

For more information see: The development of structural membranes and Architectural fabrics. 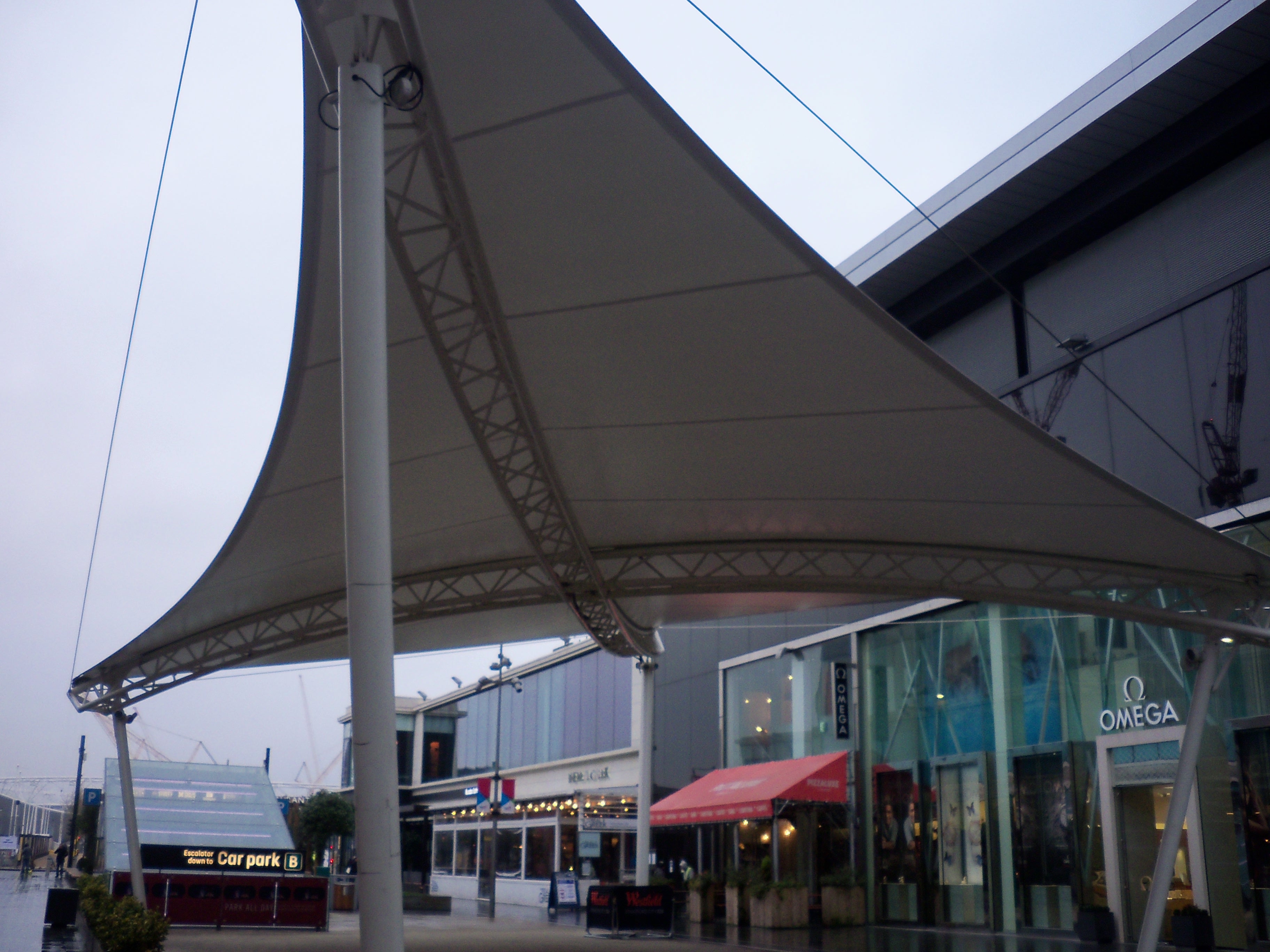 Fabric structures are generally given their structural stability by double curvature. This may be:

Whilst the fabric itself may be very thin (perhaps just 1 mm), the tensile force imposed on it to ensure it remains stable under load can be high, and so the supporting structure required can be significant to transfer loads to the foundations.

The non-linear, dynamic behaviour of architectural fabrics can be modelled using specialist form-finding software. This allows designers to vary the elements, boundary conditions and geometry of the design and rapidly determine the most efficient structural solution. This software can also be used to generate cutting patterns for automatically cutting the fabric panels to create the form required. For more information see: The structural behaviour of architectural fabric structures.

Not a very sustainable material!

Where is your evidence for that? They are very light weight, use very little material compared to any other construction material, require little supporting structure, are durable, self cleaning and allow natural lighting of spaces below.