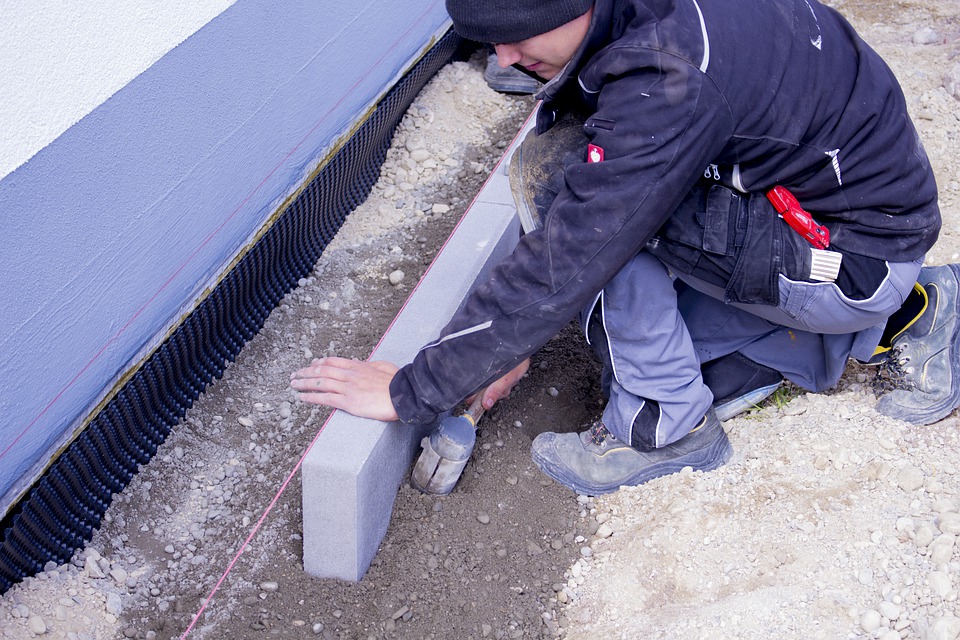 The Financial Assistance Scheme for the Remediation of Damaged Dwellings Due to Defective Concrete Blocks is a Government programme that was established in 2020 to help homeowners in Ireland carry out remediation work required as a result of defective concrete blockwork. It is also referred to as the mica redress scheme in County Donegal, where some of the first cases of damage were reported in 2013. Additional cases were also found in County Mayo in 2013.

In June 2017, the Report of the expert panel on concrete blocks stated that almost 6,000 homes in Ireland were exhibiting signs of defective concrete blockwork. The deterioration of the concrete block had caused cracks to appear in buildings' external rendering, with thousands of houses becoming uninhabitable.

The problem was linked to the presence of muscovite mica (in County Donegal) and pyrite (in County Mayo) in the affected concrete blocks.

Muscovite impacts the cohesion of cement, hence affecting the durability of blocks. Muscovite is one of the most common forms of light coloured mica and is sometimes referred to as common mica, potash mica or isinglass.

Found in quarries, it is a silicate that contains potassium and aluminium. When muscovite attracts moisture - as it can do when it is incorporated into concrete blocks that are used to build homes - its structural integrity can degrade when the walls absorb moisture from the air and the ground.

Pyrite is a naturally occurring mineral of iron sulfide. Taken from quarries, pyrite is sometimes crushed and incorporated into aggregate that, when combined with cement and water, is incorporated into the materials that make up concrete.

Under certain conditions, the presence of pyrite in concrete can create oxidation. This can ultimately result in the production of gypsum which has significantly greater volume than that of the source pyrite. As a result, the concrete material will swell, which can produce cracks.

[edit] Findings of the expert panel

In both Donegal and Mayo, the homes affected were built from 1984 to 2011. They consisted of a mixture of traditional build, single storey, dormer, two storey detached and semi-detached houses. Some of the homes were direct labour/self-build, but registered builders were involved in other instances.

According to the panel's investigation, more extensive damage appeared on external walls, although some appeared on internal walls as well. The report found that the degradation process caused blocks to crack and then crumble in as little as five years.

The panel concluded that in both Donegal and Mayo, the reason for the failure of the concrete blocks was the high level of muscovite mica in County Donegal and pyrite in County Mayo, in the aggregate used to manufacture the concrete blocks. This meant the materials were not fit for purpose and did not meet the harmful impurities requirements of the National Standards Authority of Ireland set out in Statutory Instrument number 288 of 1949.

The Defective Concrete Blocks Grant Scheme is overseen by the Mayo and Donegal County Councils respectively. It covers 90% of rebuild costs, but homeowners must pay for tests, sampling and certification - the costs of which can be significant. There are also exclusions (including those for windows and kitchens) and for demolition and rebuild planning. Architect fees are not covered.

By June 2021, 433 applications had been received with five remedial options available to homeowners. Awards ranged from external wall replacement (€49,500) to full demolition and rebuild (€247,500).

As of August 2021, defective blocks have also been reported in private residences across the counties of Sligo, Clare, Limerick and Tipperary as well as some counties in Northern Ireland, but these homeowners are not eligible to apply under the original Defective Concrete Blocks Grants. It is possible that as many as 10,000 properties - including public projects such as shops, schools and hospitals - may be affected.

Retrieved from "https://www.designingbuildings.co.uk/wiki/Defective_Concrete_Blocks_Grant_Scheme"
Create an article