Tooting developed as a settlement on the old coach route out of London to the south and west. The neighbourhood was still predominantly rural until the late 19th century when the railway arrived and development started in earnest.

During the next 20 years, many fine villas were demolished to make way for streets of typical Victorian terraced housing. In 1926, Tooting’s transport links were improved by the opening of two Underground stations on the Northern Line, both designed by Charles Holden.

There are rare examples of early Georgian development on Upper Tooting Road, and groups of Arts and Crafts-style homes on Nightingale Lane. The bulk of Tooting’s housing, however, consists of Victorian and Edwardian terraces, 1920s cottages and purpose-built maisonettes, together with pockets of new build apartments.

The highlights of Tooting's architecture include: 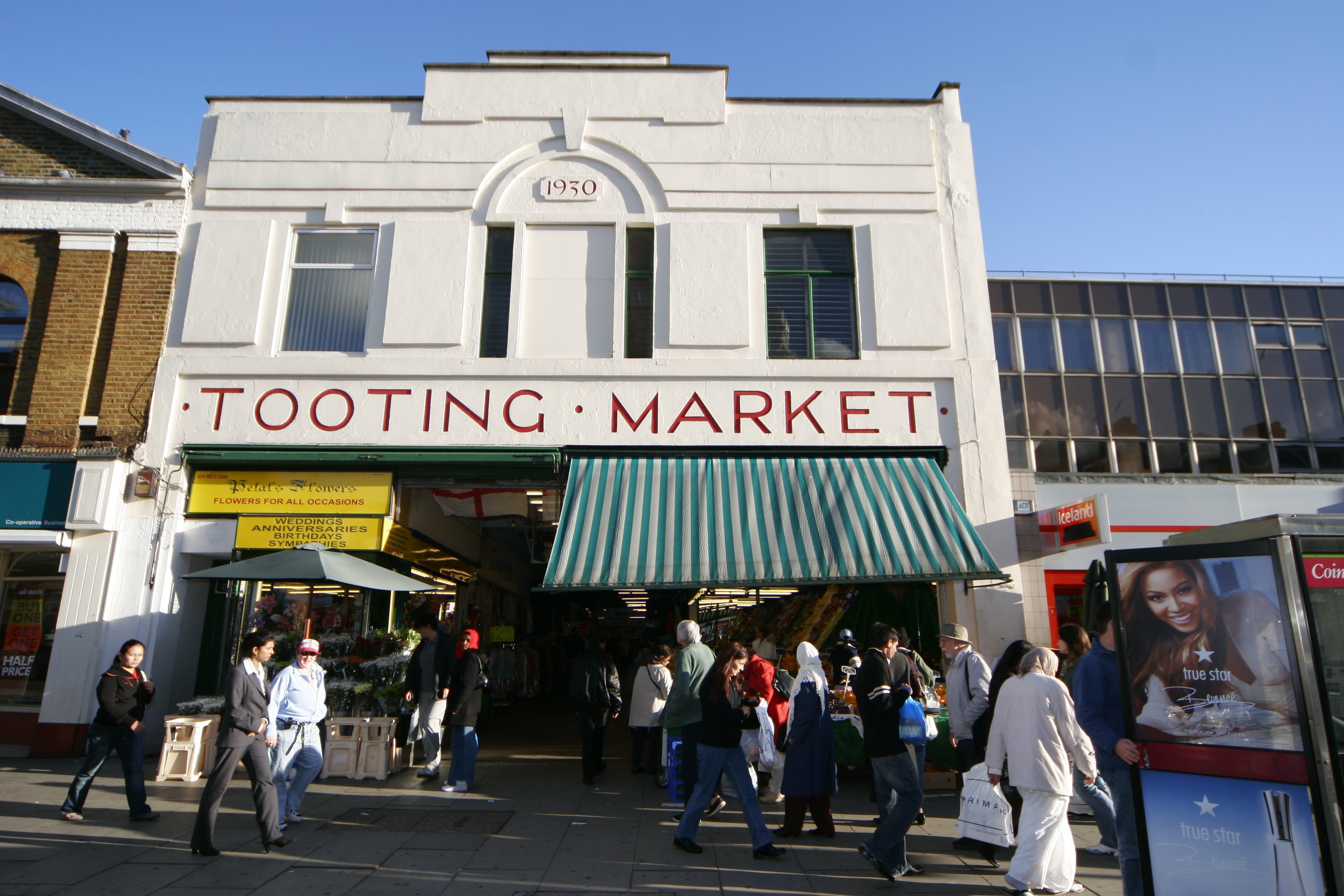 Tooting market, as well as the adjacent Broadway market, has been established since 1930 as one of South London’s premier indoor markets, displaying the rich multiculturalism of the area. 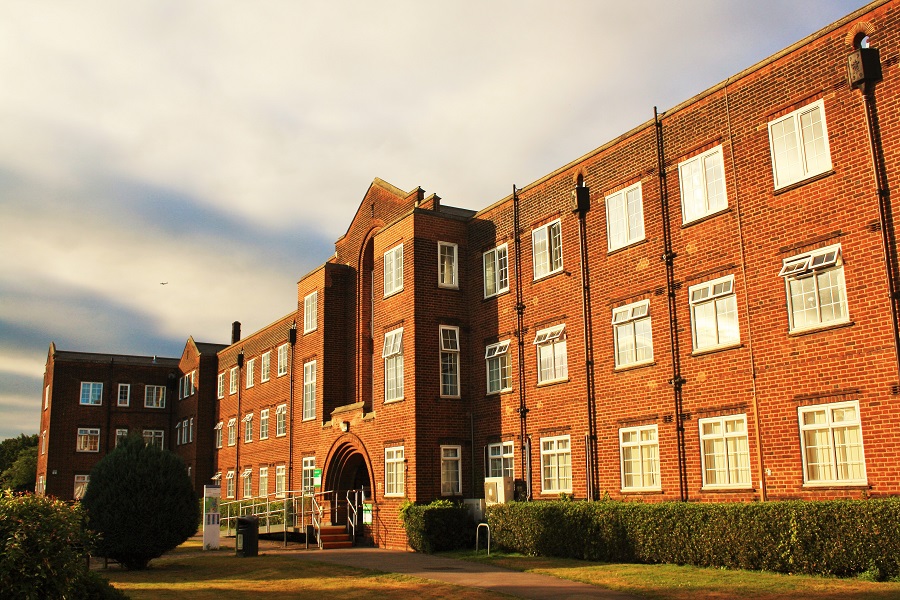 Springfield University Hospital is a psychiatric hospital which opened in 1840 as the Surrey County Pauper Lunatic Asylum.

The asylum was built in the Tudor style, with twisted chimneys similiar to those at Hampton Court Palace (these were later removed, being considered dangerous, and not replaced). The facade was patterned with variegated brickwork and subtle angles.

In its time, Springfield boasted state-of-the-art design features such as steam which was circulated through the galleries to keep the hospital at a constant temperature and hot air which was injected through the floors.

The main building is Grade II listed and currently on Heritage England's 'At Risk' register. Many of the original hospital buildings are now disused and the Trust hopes to sell most of the site for redevelopment. 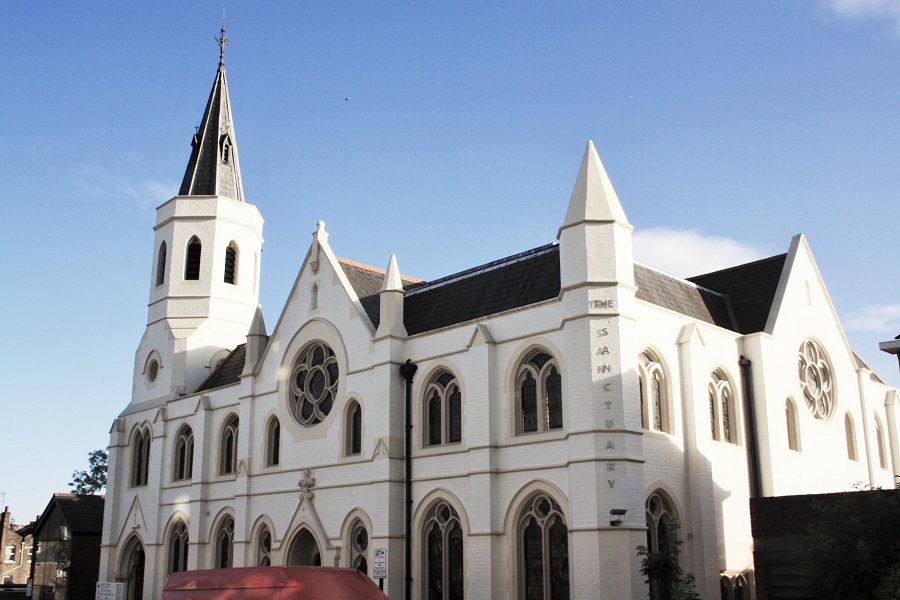 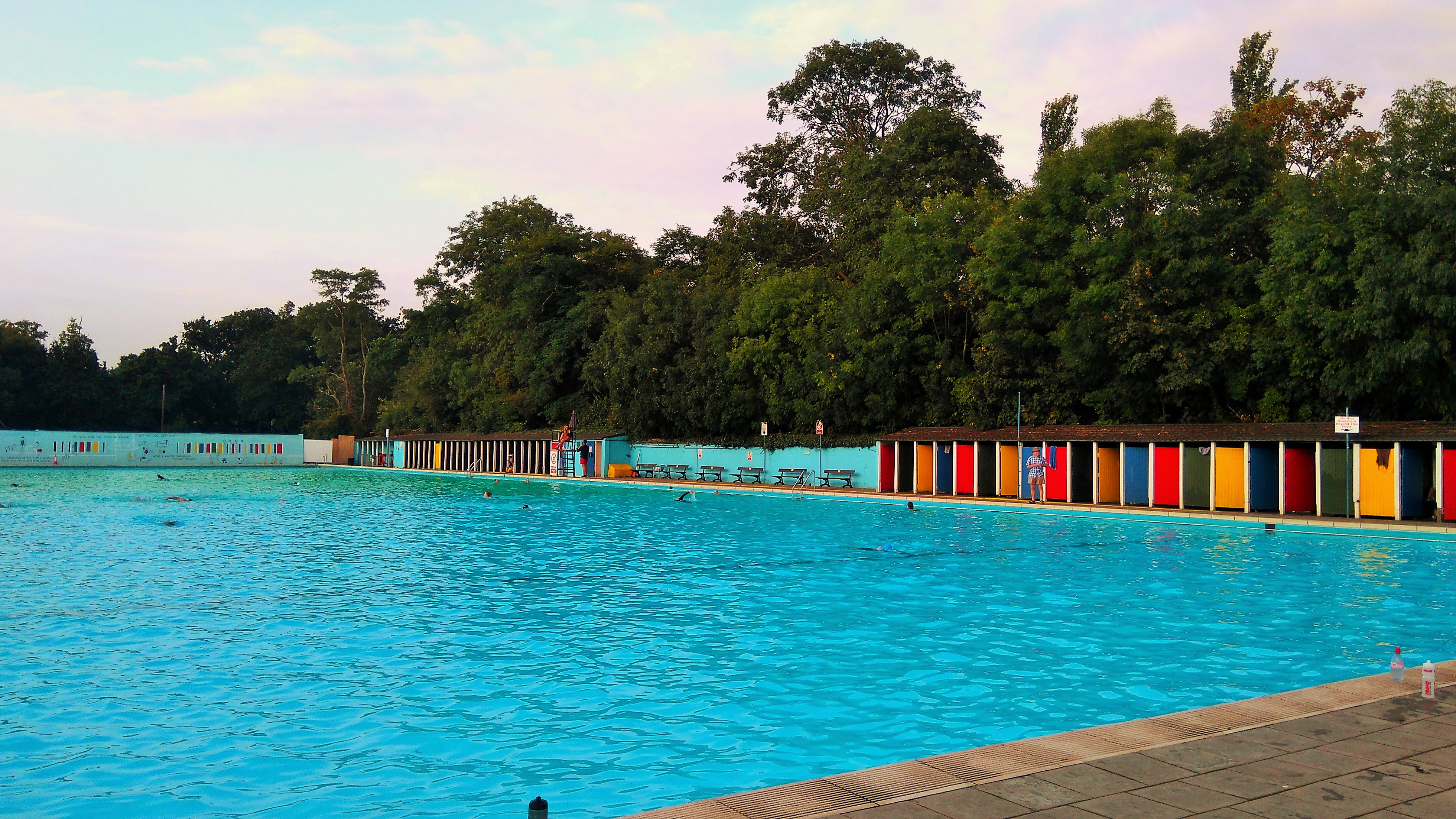 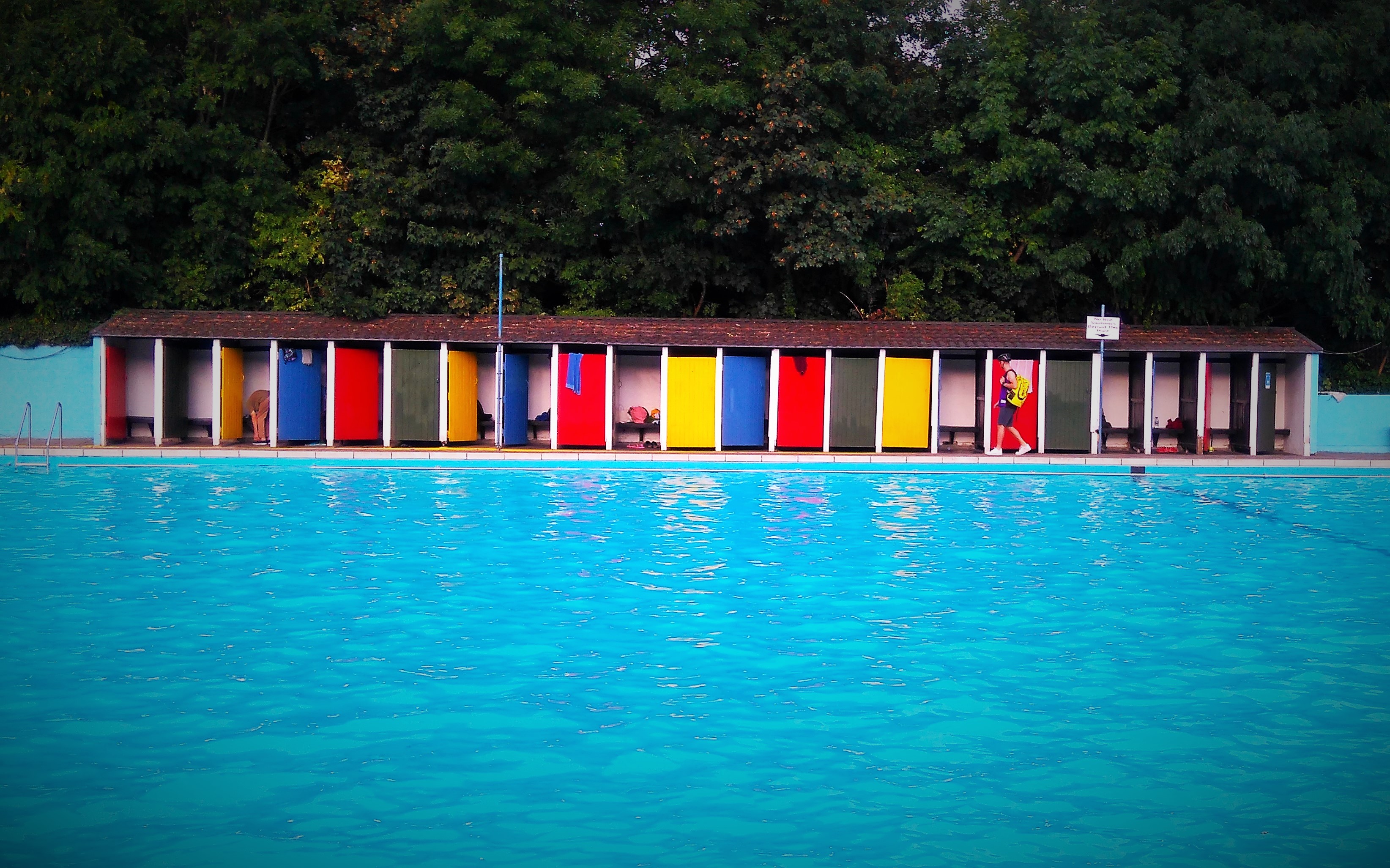 This open air swimming pool, located on Tooting Common, was built in 1906 and measures 100 x 33 yards, making it the second largest pool in the UK. It contains one million gallons of unheated fresh water. It was modernised in the 1930s with an Art Deco style, hence the iconic cubicle doors with alternating colours. 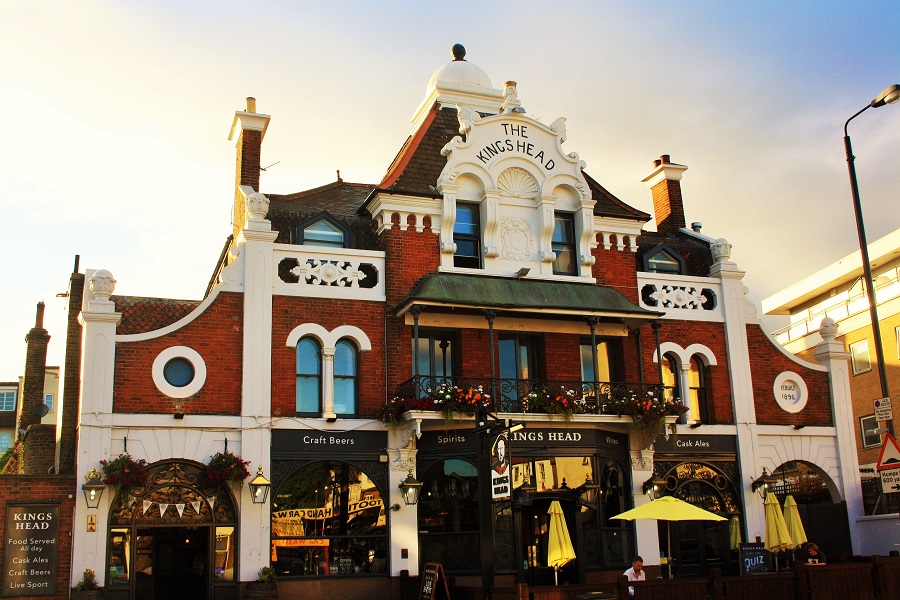 The King's Head is a Grade II listed pub on Tooting High Street. It was designed and built in 1896 by W. M. Brunton, a prolific designer of public houses, and is considered to be his masterpiece with his least altered interior.

The pub is characterised by its florid symmetrical composition and brashness of detail typical of late-19th century gin palaces. Built of red brick with stucco ornamentation and a slate roof that is steep and hipped, rising to a dome. 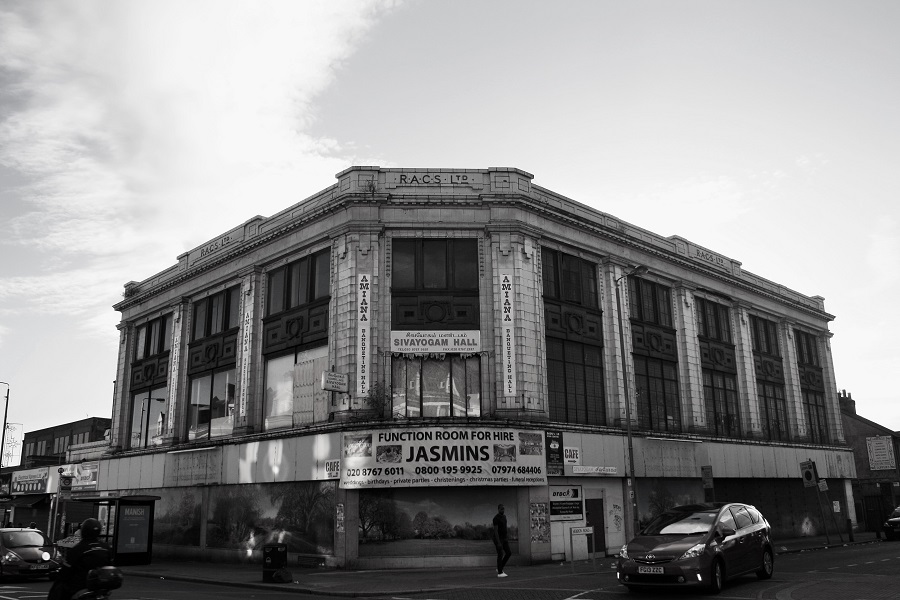 This grand hall building on the Tooting High Street was a Hindu Tamil temple and wedding venue for 17 years until they were evicted by the council in 2010. It has been derelict ever since. 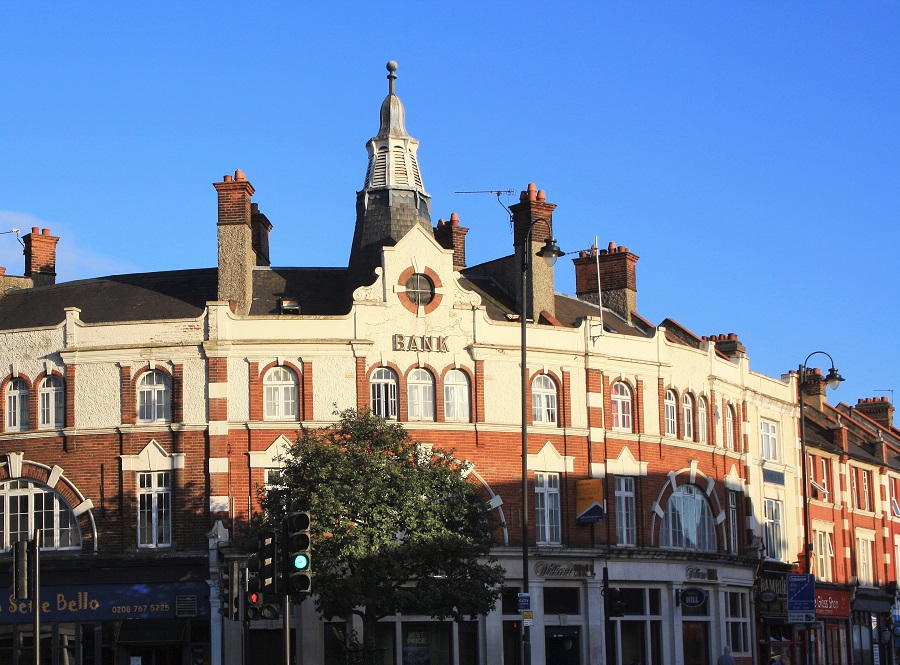 Located on Amen Corner, this high and curved former Barclay's Bank building is characterised by its tall cupola and symmetrical chimney arrangements. 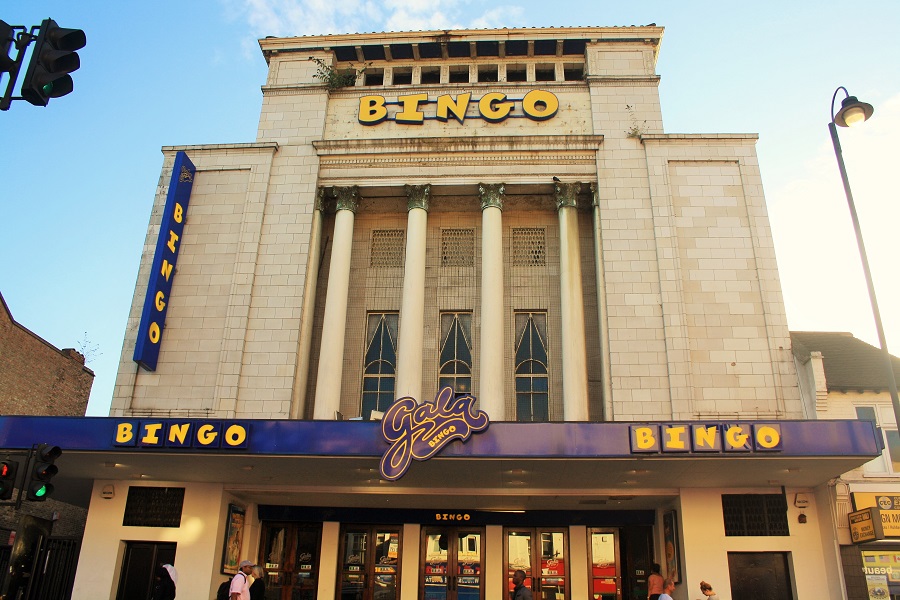 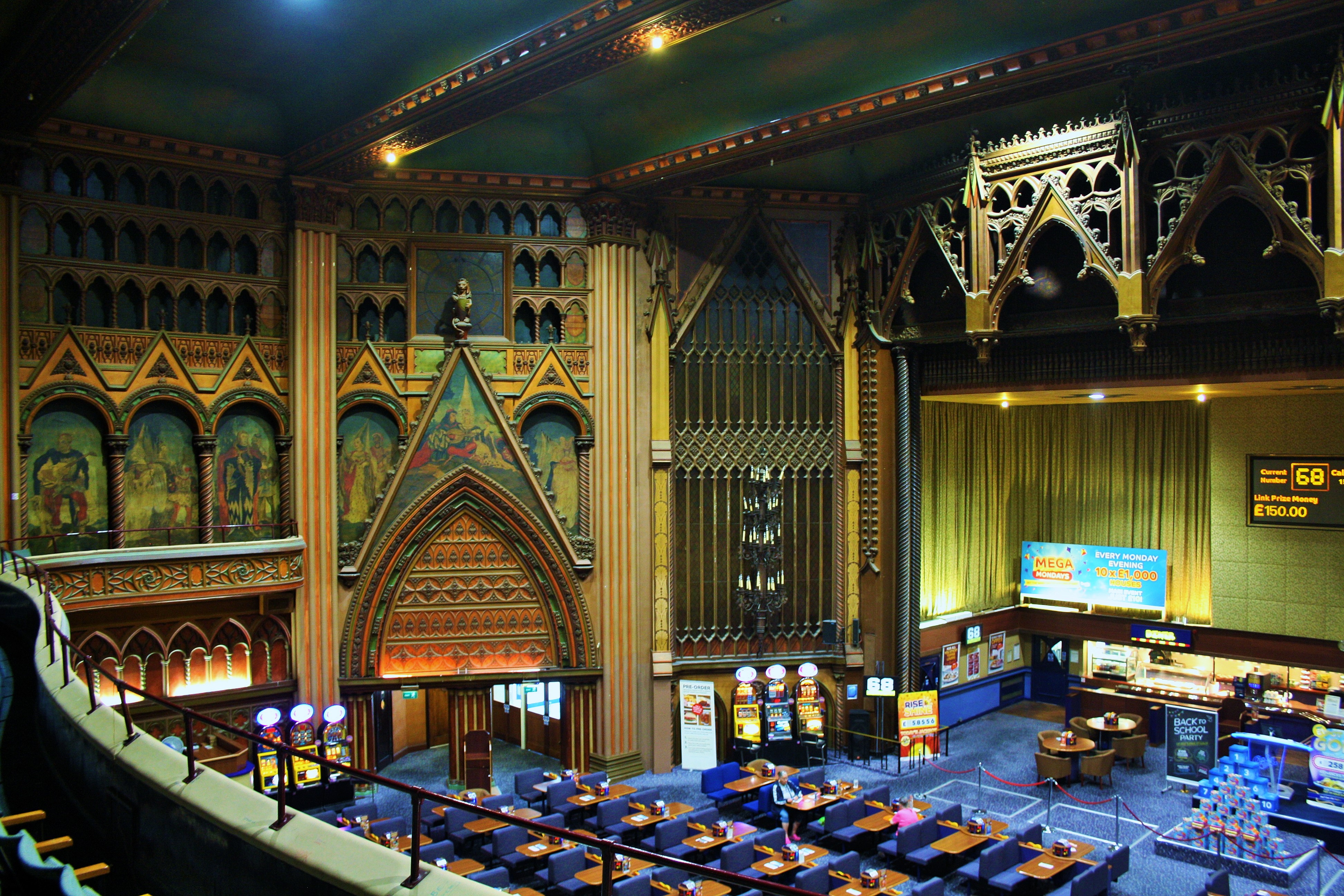 The Gala Bingo hall is a spectacular Grade I listed former 1930s cinema and concert hall, which once played host to Frank Sinatra and The Rolling Stones.

It is home to one of the last few working Wurlitzer organs in London, although its chambers are buried beneath the stage.

All photographs by Michael Brooks.

Retrieved from "https://www.designingbuildings.co.uk/wiki/Architecture_of_Tooting"
Create an article