WFEO Climate Stories: How climate change is affecting the UK 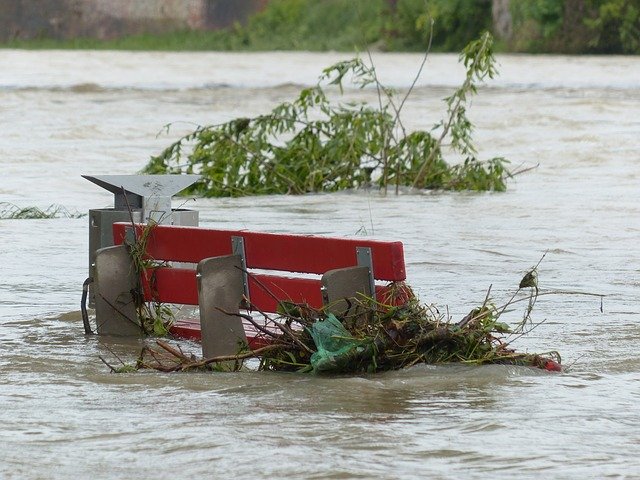 From 2019 to 2023, ICE is hosting the World Federation of Engineering Organisations’ (WFEO) Committee on Engineering and the Environment (CEE). In this blog series, members of the committee provide a snapshot of climate change impacts and solutions in their part of the world. Here, CEE Chair Davide Stronati surveys the UK situation.

[edit] What is the level of acceptance in the UK that climate change is manmade and what actions have been put in place to address it?

The UK wholeheartedly accepts that climate change is manmade and there has been a range of carbon reduction Government initiatives over the past couple of decades. One of the most important pieces of UK legislation has been the Climate Change Act 2008, which commits the Government to ensuring that the net UK carbon account for the year 2050 is at least 100% lower than it was in 1990 – reaching net-zero.

The original target was 80%, but in June 2019 this was amended to 100%. The amendment was aimed at avoiding a temperature increase in excess of 1.5°C, which is widely considered to be the threshold for dangerous climate change.

UK policy measures are largely focused on energy, which is one of the largest contributors to emissions, but carbon must be cut while ensuring affordability and security of supply. Some UK measures include carbon pricing, low-carbon energy support, energy efficiency and corporate emissions reporting.

Under the 2008 Act, the Climate Change Committee, an independent statutory body, has been established. Its purpose is to “advise the UK and devolved governments on emissions targets and to report to Parliament on progress made in reducing greenhouse gas emissions and preparing for and adapting to the impacts of climate change”.

Nonetheless, in my opinion, more can be done in terms of climate change adaptation and resilience both in the UK and beyond. Adaptation efforts are often extremely expensive ventures. They involve a great deal of collaboration and are based on future projections that make it difficult for the business case to be accepted by public bodies or private businesses.

[edit] What are the key issues in the UK that you consider to be caused by climate change?

According to the Environment Agency, some key impacts of climate change are:

[edit] What do you think engineering could do about these issues?

In terms of civil engineering, it's important to note that 70% of the world’s emissions relate to infrastructure. Engineers have an important role to play in making sure those assets are designed, built and operated with greater carbon efficiency.

However, human behaviour needs to be fully considered by the engineering community as this will be a fundamental factor in whether net-zero can be achieved. We should be more focused on how infrastructure assets are being used. We also need to think more systemically and understand that our assets are part of an integrated system.

In July 2020 ICE launched its Carbon Project, which has identified three areas where civil engineers can make a genuine contribution:

[edit] What are the main barriers to effective climate action in both the UK and the engineering profession?

One key barrier is a lack of leadership. All stakeholders in the value chain of infrastructure asset delivery have a role to play within their sphere of influence.

Asset owners, in particular, have been measuring carbon and carbon reductions when projects have already been delivered rather than embedding such considerations into the planning, design and whole life of assets.

What’s more, there are sector-specific cultural barriers in the engineering community that hinder interconnectivity and collaboration and that need to be overcome. Engineers should be trained or retrained to deliver services and outcomes.

[edit] What are the key priorities for climate action within engineering?

We need to understand how climate change affects our specific roles as engineers, from the perspective of both adaptation and mitigation. Asset owners need to take the lead in addressing both the causes and consequences of climate change.

In civil engineering, alignment between Government policy and financing of low-carbon public infrastructure would bring much-needed cultural change that would enable climate considerations to be embedded in decision-making.

This article originally appeared on The Civil Engineer Blog portion of the ICE website. It was published on 25 February 2021 and written by Davide Stronati, Chair of the Committee of Engineering and the Environment at WFEO.

Retrieved from "https://www.designingbuildings.co.uk/wiki/WFEO_Climate_Stories:_How_climate_change_is_affecting_the_UK"
Create an article