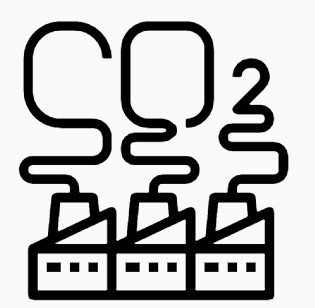 Research carried out by The Carbon Project has revealed the progress made by infrastructure in reducing carbon emissions needs to speed up in the quest for net zero. Emissions from UK infrastructure fell by almost a quarter between 2010 and 2018, although the work also shows the rate of reduction needs to accelerate in order to achieve the net-zero target by 2050.

Despite the drop-off in infrastructure carbon, the rate of reduction needs to grow from the current speed of 3% to 4.1%, with experts also noting that key changes in electricity supply, including sizeable shifts from fossil fuels to renewable energy and a fall of 10% in overall consumption, were major contributing factors.

It is the first time such emissions data has been updated since the Government’s Infrastructure Carbon Review of 2013. The analysis, carried out by the project’s Identifying Systems-Level Reduction in In-Use Carbon workstream, was revealed during a lecture on 8 October 2020. (The content of the presentation is available in infographic format.)

Figures used are based on the ICR Scenario C: Scope 1 + Upstream Scope 3 emissions allocated to sector with control of emissions.

Emissions are allocated on the basis of which sector controls their production and include both Scope 1 and upstream Scope 3 emissions.

Infrastructure in this example refers to the main sectors of energy, comms, transport, waste and water as used in the Government’s 2013 Infrastructure Carbon Review.

Dr Jannik Giesekam, member of The Carbon Project and Research Fellow in Industrial Climate Policy at the School of Earth and Environment, University of Leeds, carried out the analysis and presented his findings.

He said: "To meet the Committee on Climate Change’s trajectory for net zero, we need to be reducing infrastructure carbon emissions by more than 4% a year over the next decade. Every new asset we build, or old asset we retrofit, must be capable of operating in a net-zero UK in the near future. Every engineer needs to ask themselves if the project they are working on now is consistent with that net-zero vision.

"This data shows the radical transformations in our energy and waste sectors over the past decade delivered reductions of 3% per year. We now need even faster transformations in transport, water and communications. With rising capital carbon emissions and increased stimulus spending on the horizon, our focus must be on ‘building back better’ not just ‘build, build, build’. The recovery from COVID-19 and the upcoming National Infrastructure Strategy present a unique opportunity to invest in the infrastructure that will deliver net zero – it’s crucial we also deliver this infrastructure in a low-carbon way."

Dr Giesekam and fellow members of The Carbon Project also examined what the data means for infrastructure and the step changes required to achieve net zero. The wider project is designed to turn recommendations on achieving net zero from the ICE’s 2020 State of the Nation report into reality.

Incoming ICE President and chair of The Carbon Project, Rachel Skinner, said: "While reductions in carbon emissions can only be positive and a step in the right direction, this data clearly shows the scale of the challenge – and indeed the vast opportunity – for all infrastructure sectors as we help the UK in meeting its net-zero targets.

"This work represents a key first step in The Carbon Project, formed to encourage collaboration and rapid progress around specific technical topics that will be critical to rapid carbon reduction across multiple infrastructure sectors and markets. This data will help civil engineers to understand and act effectively in reducing carbon emissions throughout our sectors as well as influencing wider industry."

This article originally appeared on the ICE website under the headline, 'Infrastructure’s carbon reduction falling short of net-zero target rate'. It was written by Rob Curd and published on 9 October 2020.

Retrieved from "https://www.designingbuildings.co.uk/wiki/Infrastructure_carbon_reduction_misses_net-zero_target"
Create an article