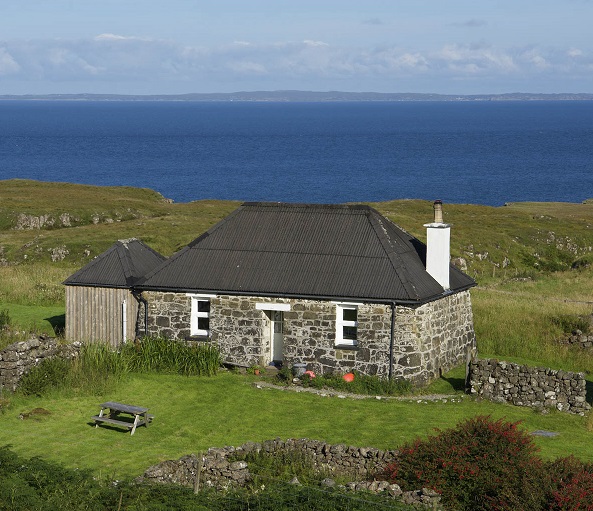 In its widest sense, the term 'traditional' refers simply to things that are traditions, that is, they have been handed down from generation to generation. However, it may also be used to refer to things which are not 'modern'.

‘Traditional building’ is a similarly loose term, but such buildings are usually accepted as being those that date back to before the beginning of the 20th century when new materials and building techniques started to appear, particularly advances in concrete and brickwork.

For a detailed list of styles that pre-dated the 20th century, see: Architectural styles.

Developments at the beginning of the 20th century built upon innovations that had already appeared a few decades earlier. Prefabricated homes by mail order were available in kit form in the US in 1908, while the world’s first prefabricated, pre-cast panelled apartment block appeared in Liverpool around this time

It was also around this time that Le Corbusier designed his Dom-ino House (1914) – as a simple reinforced concrete housing prototype to address the housing shortages resulting from the Great War. A reinforced concrete building, even one built in the 1920s is regarded by historians as 'modern' and a pioneer of the Modern period in architecture.

The first brickwork cavity walls also appeared around this time as an alternative to solid brickwork. The technique evolved in the latter years of the 19th century and by the early 1900s had become common in northern and western Britain.

However, the term ‘traditional building’ can also be used to define buildings according to different classifications: a building may be traditional on account of its age, typology, construction technique or the material from which it is made.

Style, for example, can sometimes dictate the classification of a building rather than the year it was built: a house designed in 2015 in a mock-Tudor style would be regarded by most people – especially estate agents – as ‘traditional’ even though it will most likely have cavity walls, a concrete-plank ground floor, modern kitchen and bathroom, modern lighting, air conditioning, etc. In this case, age is not the arbiter, it is style.

NB Energy Efficiency and Historic Buildings, Application of Part L of the Building Regulations to Historic and Traditionally Constructed Buildings, published by Historic England in 2017, suggests that: ‘For the purposes of the interpretation of the energy efficiency requirements of the Regulations, Approved Documents L1B and L2B, and this series of documents, ‘traditional buildings’ are defined in Paragraph 3.8 of both Approved Documents L1B and L2B as “buildings of traditional construction with permeable fabric that both absorbs and readily allows the evaporation of moisture”. This quality is often colloquially referred to as ‘breathability’.’

The Scottish Building Standards, Part I. Technical Handbook – Domestic, Appendix A Defined Terms, defines a traditional building as: ‘…a building or part of a building of a type constructed before or around 1919:

Retrieved from "https://www.designingbuildings.co.uk/wiki/Traditional_building"
Create an article