The five weirdest materials in construction

What do Mills and Boon, sticky rice and beer bottles have in common? Civil engineering, of course!

When you think of the construction materials used in civil engineering, what springs to mind? If you think along the lines of steel, concrete and glass, you wouldn’t be far wrong. But did you know that there’s a whole variety of materials that engineers can use in construction?

From the wonderful to the downright wacky, here are five of the weirdest materials that help make engineering possible.

If you thought Mills and Boon was just romantic fiction, you’d be wrong. Back in 2003, construction workers used a colossal 2.5 million of the books when building the M6 toll road. 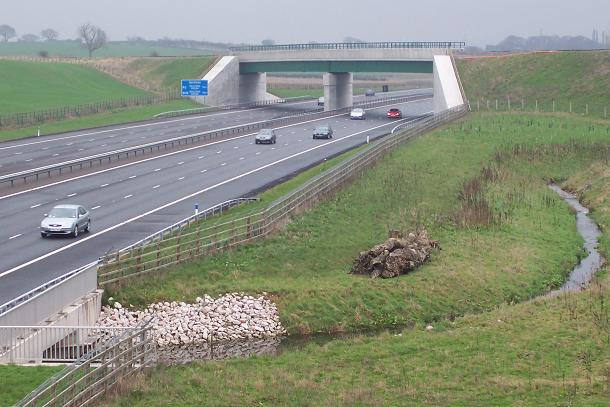 After being pulped at a recycling firm, the books were used to construct the top layer of the M6. The pulp keeps both the tarmac and asphalt together and provides superb sound absorption.

The M6 toll road was built to address heavy congestion in Birmingham and the Black Country. Since its inauguration, it has played a significant role in reducing pollution and congestion in the Midlands.

It turns out that pulped paper is the ideal construction material for roads. According to Richard Beal, project manager for the M6, the books provided the perfect material due to being highly absorbent.

But fans of the romantic publisher needn’t fear – only end-of-line or damaged copies were harmed in the making of the M6.

[edit] The Wonder of the World constructed from sticky rice

Rice isn’t just for dinner. It's been used to construct some of the most famous sites of the civil engineering world – including The Great Wall of China. If you’re wondering how this is possible, sticky rice was added to the mortar that labourers used to build The Great Wall of China, making the wall extra solid and durable. 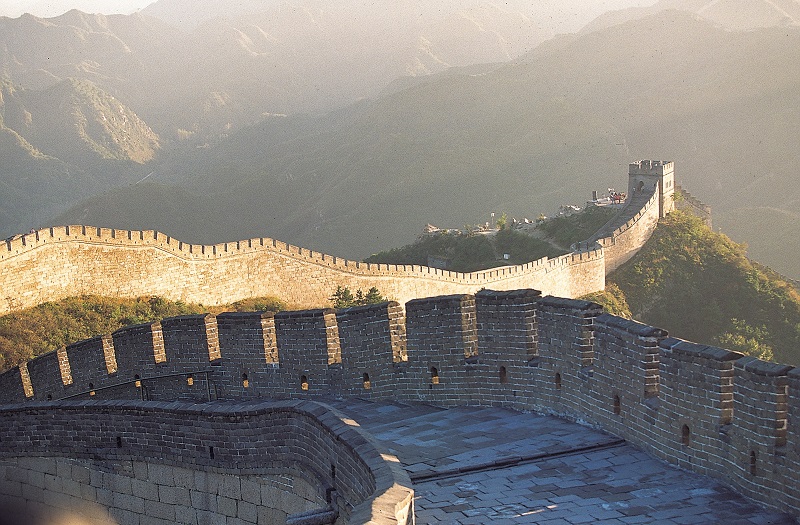 The vital role rice played was only discovered when scientists at Zhejiang University in China decided to investigate the mortar. They found that in addition to lime was another tasty ingredient: sticky rice.

This perfect recipe has had a hand in helping Ancient Chinese buildings – including the halls and gardens of the Forbidden City – endure natural disasters, including earthquakes and erosion.

[edit] The Buddhist temple made out of beer bottles

The Wat Pa Maha Chedi Kaew, or the Temple of a Million Bottles, is one of Thailand’s most popular tourist attractions. 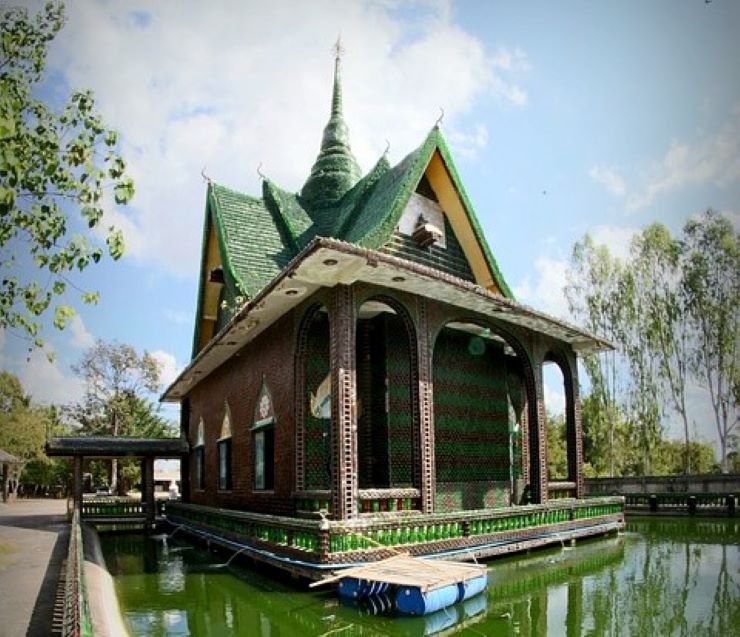 In 1984, local Buddhist monks were growing concerned about the increasing amount of sea littering.

The solution? They asked the locals to bring their empty beer bottles, and construction of the temple commenced. The Temple of a Million Bottles was built using a combination of green Heineken bottles and brown Chang bottles.

But they didn’t stop there.

After successfully constructing the main temple over two years, they went on to build mosaics out of bottle caps, in addition to a crematorium, local water towers, a prayer room and raised bungalows, used as housing for the monks.

A building that’s sustainable and made possible by beer bottles? We’ll drink to that!

[edit] The Palace of Salt

A building made entirely of salt may sound like something belonging in a fantasy novel, but we can assure you, this is real.

The Palacio de Sal, or the ‘Palace of Salt’ in Spanish, is a hotel made entirely out of salt blocks. That’s one million 14-inch salt blocks, to be precise. Nestled on the shores of the sublime Salar de Uyuni, The Palace of Salt boasts a restaurant, spa, saltwater pool and 16 private rooms.

Yet, The Palacio de Sal is not the only construction that uses salt to tremendous effect.

Enclosed in the world’s second-largest salt mine, The Khewra Salt Mine, is an illuminated mosque made entirely of salt rock, an electric train, and an asthma unit. 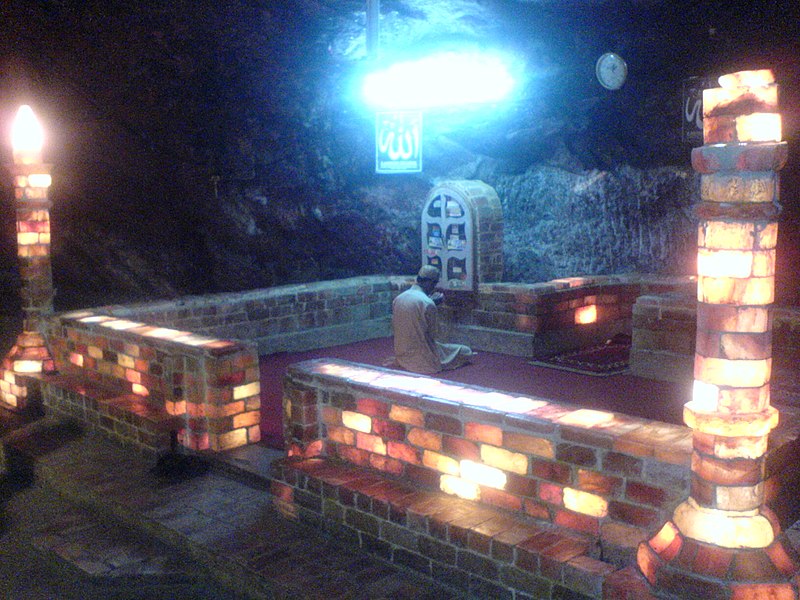 Who said construction materials couldn’t be both bizarre and practical?

This might sound like something out of everyone’s favourite Snow Queen-inspired Disney film, but tucked away in the Swedish village of Jukkasjärvi is a real-life hotel constructed out of ice blocks. 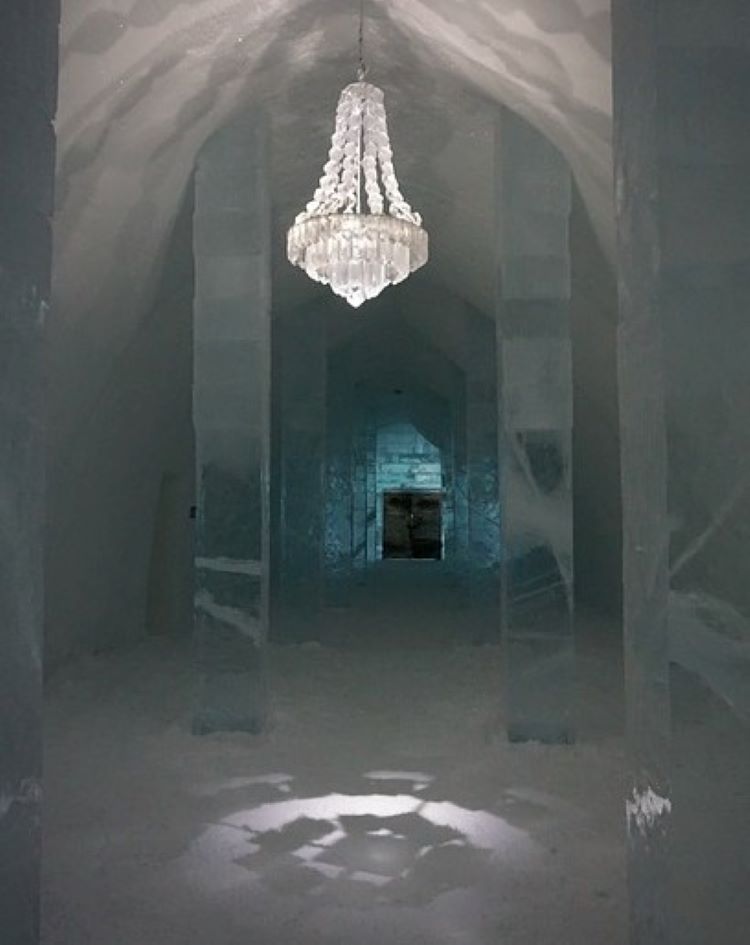 The Icehotel is an enchanting vision to behold, but the ice blocks are also used efficiently, even being repurposed into drinking glasses within the hotel.

in 2021, the Icehotel celebrated its 31st birthday. Over the years, it has seen contributions from over 500 artists worldwide, who have quite literally helped shape it into the hotel it is today.

If that’s not magical enough, each year the hotel is transformed, with brand-new architecture and themes, meaning that every year offers the potential for a new adventure and discoveries.

If you’re incredibly fortunate, you might even catch a glimpse of the spectacular northern lights.

Now that’s what we call cool.

This article originally appeared on the ICE Community Blog portion of the ICE website. It was written by Jessica Beasley, Communications Executive and published on 3 December 2021.

Retrieved from "https://www.designingbuildings.co.uk/wiki/The_five_weirdest_materials_in_construction"
Create an article