The causes of late payment in construction

Late payment, and indeed non-payment has been a blight on the construction industry for decades. It is widely acknowledged as an industry with one of the worst payment records in the United Kingdom.

In November 2017, the Federation of Master Builders (FMB) lambasted what they describe as 'cowboy clients' – clients or large contractors - for spurious retentions and late payments. This came at the time of the demise of Lakesmere, a UK cladding and roofing specialist with annual revenues in excess of £120m. The reasons for late payment are complex and frequently not transparent.

The root cause may lie in a fundamental change in the structure of the industry that took place in the 1970s – the birth of the Management Contractor (or Main Contractor). This lead to construction companies that had previously employed specialists and direct labour, and owned or leased their own plant, shifting these perceived liabilities off their balance sheet. There were relatively sound accounting principles for taking this route – the fewer liabilities that a company had on their balance sheet, the less the imperative to tender for work to service this employed capital and to keep the workforce occupied rather than sitting idly.

However, the net effect was to create a fractured and potentially very long supply chain consisting of many different verticals of specialists, who could be called upon when they were needed. This sounds fine in theory but the result is that money or value for payment for goods or services provided now has to pass through an increased number of hands. 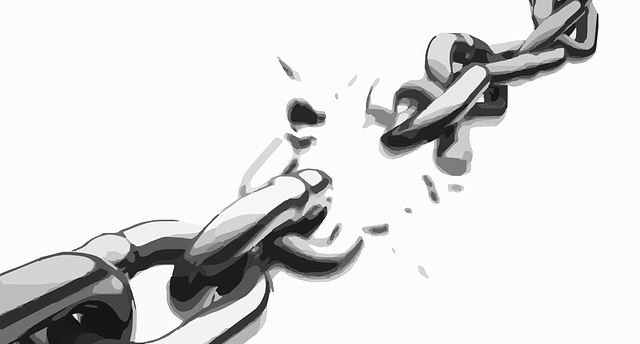 There are, in essence, two reasons that payments might be delayed – retentions and cash flow.

It is likely that a building contract will provide for the client to withhold monies, known as 'retention', to allow for the circumstance when work has not been carried out timeously or indeed has not been carried out effectively or correctly. Indeed, the contract will most likely allow for a retained sum throughout the period of construction that reduces on a pre-determined contractual basis as the build progresses.

However, the FMB alleges that clients are withholding payment having discovered “make-believe faults”. In instances where this might be the case, the professional teams involved should be able to establish, as a matter of fact, whether or not the works for which payment is claimed have been carried out correctly.

There are those within the industry – largely specialist contractors – who have long been calling for fundamental changes to, or indeed the abolition of, retentions. Whilst there is undoubtedly a clear argument for increased transparency and fairness, retentions serve an extremely valuable purpose. When used honestly and correctly, they provide an excellent incentive to encourage a contractor to return to site to rectify shortcomings that might have been found in their work. Without them, the only redress would be a legal one involving specialists and lawyers seeking formal redress through the courts or adjudication. But once lawyers are involved, it is likely that no one is going to be 100% satisfied with the outcome or indeed the time taken to achieve an outcome.

However, there may though be ulterior and less honourable motives for delaying payments – namely cash flow.

Put simply, some clients and some contractors unfairly withhold payment to improve their own cash flow:

Not one of these reasons is palatable or equitable. The government has taken steps to reduce the scourge of late payment, especially with regards to the last possibility, by placing a 'duty to report' payment terms on large companies. However, this only deals with the very largest of UK ventures that have perhaps historically exploited their size and negotiating power. The problem of late payment is endemic throughout many lower tiers of venture. Businesses, and SMEs in particular, need to become more vigilant and sophisticated in discerning those who can’t pay or those that won’t pay.

Last year Lloyds Bank reported that UK SMEs are owed (this number – it is not a typo) £586 billion in unpaid invoices (source: Business in Britain, Lloyds Commercial Banking, 24th October 2016). In April 2017, the Zurich SME Risk Index suggested that SMEs are owed an estimated £44.6 billion in late payments. These are breath-taking figures.

The UK construction industry is a vital foundation of our nation and economy. It is responsible for 7% of GDP and employs approximately 10% of the workforce. A staggering 20% of all UK businesses are construction related. Including businesses that are VAT registered or have employees, there are c. 300,000 businesses. The number of construction related ventures increases to 980,000 if you include sole traders.

A report during the summer by Begbies Traynor estimated that some 42,000 UK construction businesses are operating in a state of “financial distress”, frequently remaining solvent only because of cash injections from their directors. So, depending on which market size you look at, between 5 and 14% of UK construction companies are at risk of collapse.

The collapse of Lakesmere is not an apparition and will not be a one off occurrence. Businesses that are under capitalised will fail and as a supply chain is only as strong as its’ weakest link, projects will face delay or possibly collapse. Lakesmere are involved in four contracts on Crossrail – the government will step in there - but other projects are set to grind to a halt.

Whether a business withholds payment because it is overstretched, perhaps because it has grown to quickly or taken on difficult projects at the wrong price or because it chooses to delay payment, is arguably of little consequence to the SME…late payment can cause business collapse.

[edit] Is there an obvious solution?

Sadly, there is not. The best advice though, as in so many situations, is to be 'knowledge rich'. Ensure you have good knowledge of all of the businesses in your supply chain:

Retrieved from "https://www.designingbuildings.co.uk/wiki/The_causes_of_late_payment_in_construction"
Create an article