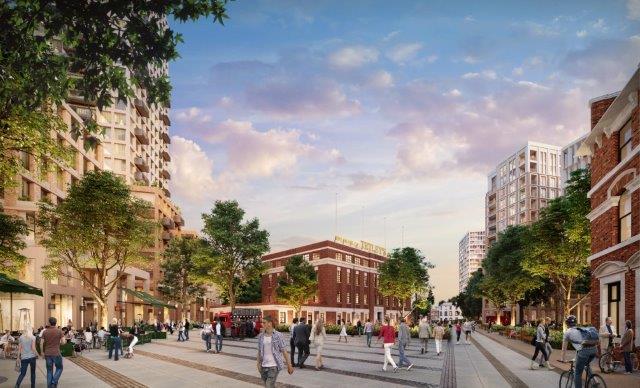 Vastint UK, a developer which specialises in large-scale mixed-use schemes and currently owns over 29 hectares of land in Leeds, London and Cardiff, was successful in the first stage of planning for one of the largest regeneration schemes currently proposed for the city centre in Leeds.

On 12 October 2017, plans for the former Tetley Brewery site off Hunslet Road, moved a significant step closer to realisation as Leeds City Council approved the scheme, ‘deferring and delegating’ sign off to the Chief Planning Officer once some details are resolved.

The proposal is to create a vibrant, mixed-use, park-side neighbourhood at the gateway to the South Bank with a generously-sized urban park at its heart. This will support the expansion of the city core, providing a vital link to connect the city centre with The Tetley and its creative neighbours, through to the education district and the communities to the south.

A major inspiration for the design was Leeds City Council’s vision to inject new life into this historic part of the city centre, with particular emphasis on a new park as the catalyst for transforming the area, as detailed in the 'South Bank Planning Statement' (2011) and, more recently, in the 'South Bank Framework Plan' (2016).

The first phase of the Leeds development will include:

The team at Vastint UK has been working closely with the City Council to crystallise a combined vision for the site.

“It has been less than two years since we bought the land and in that time we’ve been shaping a careful and considered masterplan that reflects the wishes of the council, other statutory stakeholders, the existing community, and local businesses. It will provide the South Bank neighbourhood a balance of living and working spaces, with all the activities to help it thrive and flourish, from homes, offices and hotels to retail and leisure facilities. Almost a third of the site will be a thoughtfully designed city park created for a diversity of uses.

“We have been impressed with how the Council have embraced the regeneration of this large-scale, complex project and how hard they have worked with us to balance the needs of the local economy, the community and to prioritise placemaking.”

The design team for this outline planning application included: 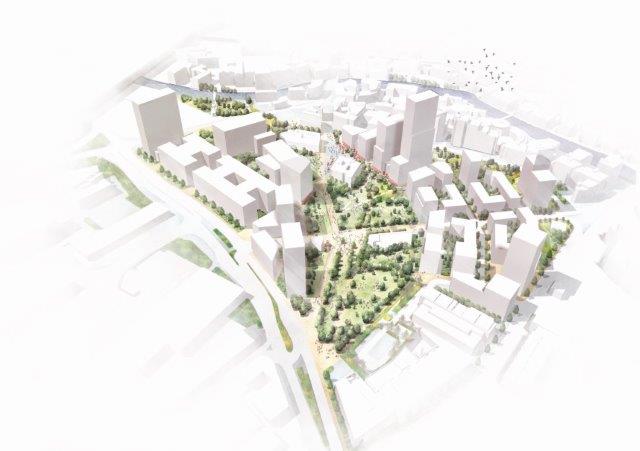 Outcomes of the planning meeting – what the councillors said:

Councillor James McKenna, chairman of the panel, told the meeting the application was one of “the most exciting I can remember”. He said: “It is a very, very big application. It is going to bring credit to the city and put us on the map.”

Councillor Elizabeth Nash said: “We are all delighted with the application. It has taken a long time to discuss because it is such a large and important project.”

Councillor Neil Walshaw, who also sits on the plans panel, said: “I think for an outline application there is quite a lot of substance here. I think that is down to the enormous level of discussions we had at pre-application stage. This is so important for the city.”

The following coverage has been received to date:

For links and clippings see our press book.

According to the Leeds South Bank Framework (2016), the regeneration of the South Bank area of Leeds will be the biggest change the city has seen in a century.

The Tetley site being delivered by Vastint UK is a catalyst for the realisation of this vision in particular, a large contribution to the much needed city park.

Design proposals for the second phase, the land to the south of Crown Point Road, will start in 2018. 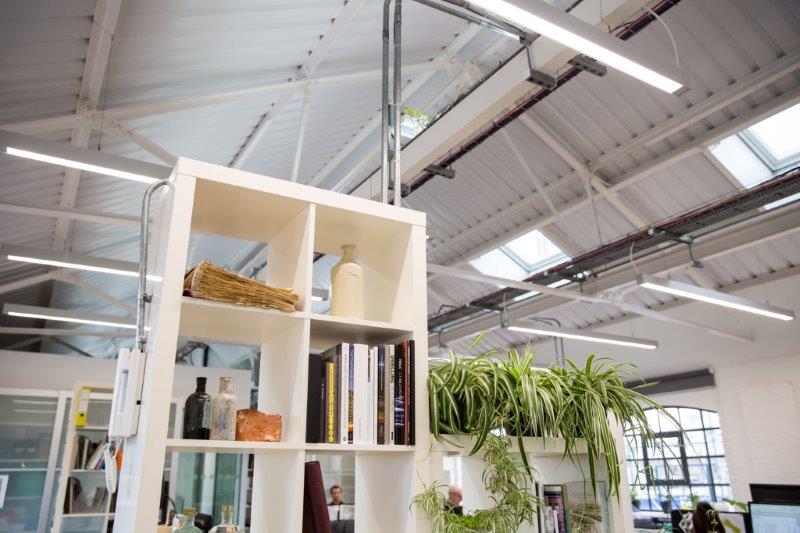 Vastint UK is a developer currently working to deliver over 800,000 sqm of working and living accommodation across schemes in Leeds, London and Cardiff. Read our full profile.

Construction of the London development, Sugar House Island, which sits just south of the Olympic Park in east London is well under way, with its first phase delivering offices for creative businesses. This large-scale urban regeneration project will transform a post industrial area of Newham and eventually bring 2,500 jobs and 85,000 m² offices for creatives to the area along with 1,200 homes, 40% 3-bed or more.

Bordered by water on two of its three sides, Sugar House Island has a rich heritage in gin distilling, print innovation and manufacturing - from sugar refining to soap making, from metal works to the production of porcelain. These rich influences are celebrated across the scheme.

Vastint UK B.V. is administered in the UK by Vastint UK Services Ltd.

Retrieved from "https://www.designingbuildings.co.uk/wiki/Tetley_Brewery_development_site"
Create an article