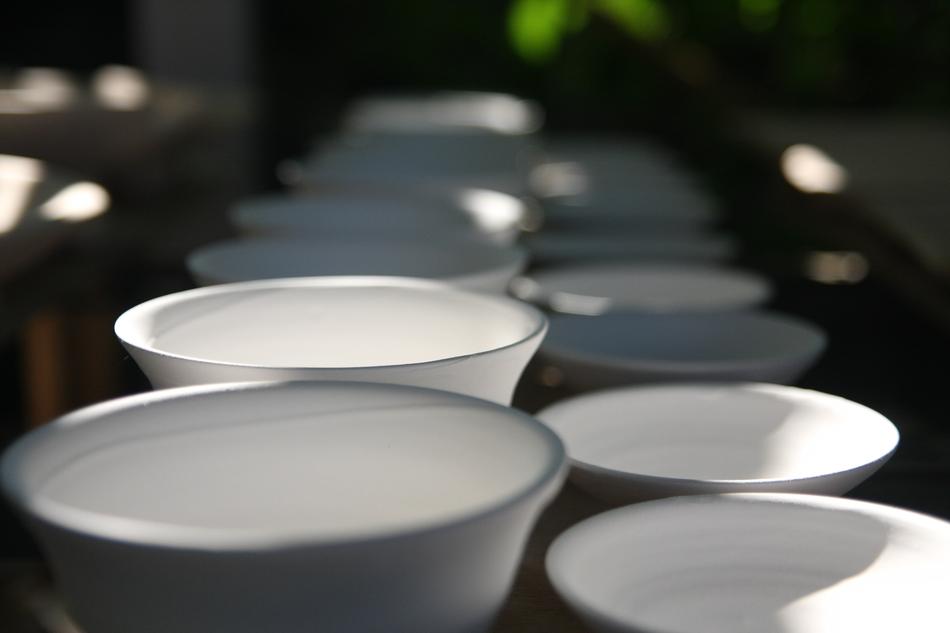 Porcelain is a translucent, non-porous ceramic material. It is made by firing a mixture of kaolinite (a clay mineral present in kaolin), quartz and feldspar. Kaolinite is sometimes referred to as china clay or porcelain earth.

To make porcelain, kaolin is washed and screened to produce kaolinite. This is then mixed with finely ground quartz and felspar along with water, soda and other materials. Next, the substance is thoroughly kneaded and then it is moulded or cast into plaster moulds.

Once the moulds have dried, the material is placed in a kiln and fired at a temperature of approximately 900C. This produces a substance that is hard and water tight, but its surface is dull.

To produce a glaze on the surface of the item, it is placed in a liquid of the same components, but this time the quartz and felspar are the dominant substances. The object is then placed in a kiln, where it is fired again at a temperature of about 1400C. In this heating treatment, which lasts from approximately 20 to 30 hours, the particles of the mixture become partially fused together to produce a continuous coating on the surface of the object.

Glazes can be painted with dyes to produce different colours or patterns. To make the substances melt and fuse, the painted objects are fired in an enamelling furnace to about 800C. The paint can also be applied before the glazing.

Porcelain is primarily known for its use in domestic applications, but it can also be used in laboratories and in industry as an insulating material. It is not degraded by liquids or gases, and it is somewhat unaffected by moderate variations in temperature.

Retrieved from "https://www.designingbuildings.co.uk/wiki/Porcelain"
Create an article