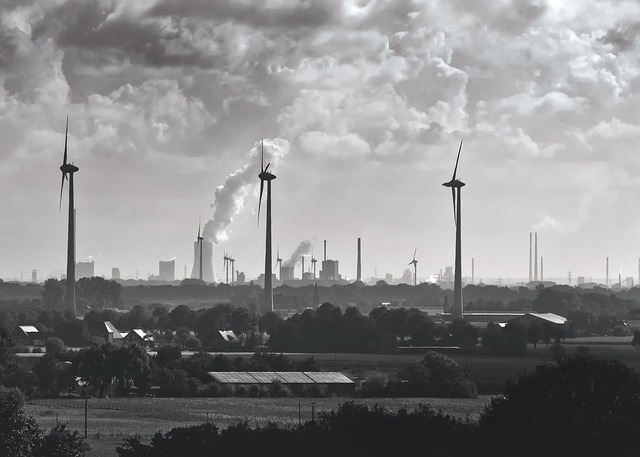 Have You Heard About the New Streamlined Energy and Carbon Reporting (SECR) Regulations?

Through the Climate Change Act, the government has committed to reducing emissions by at least 80% against 1990 levels by 2050. This is in line with the Paris Agreement, which aims to cut global emissions reductions in order to limit global warming to below 2°C.

With carbon emissions stemming from all human activities, there is a need to understand energy performance and carbon reduction across many different sectors. This has led to a plethora of corporate carbon calculation, reporting and tax requirements.

The new Streamlined Energy and Carbon Reporting (SECR) regulations aims to simplify this process. As the new regulations come into effect on the 1st April 2019 businesses need to act now to get procedures in place to enable compliance with the new requirements.

Even if your business does not currently undertake any carbon reporting, you may be impacted by the SECR.

KLH's Georgios Askounis has provided a useful summary of existing energy and carbon legislation and details of the new SECR.

Since 2013 all quoted organisations are required to monitor and report their Scope 1, 2 and 3 carbon emissions. Carbon reporting has been used as the first step to help organisations understand their carbon footprint before developing carbon emission reduction measures.

ESOS is a mandatory energy assessment scheme for all large, UK organisations, as defined by the Companies Act 2006. These must undertake energy audits for their buildings, industrial processes and transport every 4 years and develop energy efficient strategies. ESOS was introduced in 2014 and Phase 2 is underway for compliance by December 2019.

The Climate Change Levy, introduced in 2001, is an environmental tax charged on energy used by businesses with the aim of driving reductions in GHG emissions. Most industrial, public service, commercial and agricultural businesses fall within its criteria, with only some exceptions, e.g. low energy usage organisations and charities. The future sees CCL being increasingly important, with the government already having legislated to increase CCL rates in 2019.

The CRC Energy Efficiency Scheme is a mandatory carbon emissions reporting and pricing scheme, applicable to large public and private UK based organisations (e.g. hotels, water companies, banks, schools, central government departments). Organisations must monitor and report carbon emissions from gas and electricity and buy allowances to cover their annual emissions. With CRC deemed a complex and costly scheme, government has announced that the scheme will be closing in 2019.

The post-Brexit future of the applicability of the EU ETS remains uncertain.

While it would be great to think that all the existing legislation can be streamlined into a single reporting requirement, this is far from the case.

With the introduction of the SECR only the CRC scheme will cease to operate (in 2019), so in theory overlap between schemes will remain. Critically, the SECR eligibility criteria now aligns more closely with the ESOS criteria, meaning that an estimated 8,000 additional companies will be required to report on carbon emissions.

[edit] What does SECR require?

SECR will require all UK, large, quoted and unquoted companies, as defined by the Companies Act 2006, to monitor and publish energy use and carbon emissions in their annual reports. The only exemptions are for those using less than 40,000 kWh of energy in the reporting year.

Eligible business will have to report the following for every financial year:

The government hopes that SECR will not only simplify carbon reporting but will also improve energy efficiency in business. It is anticipated that broadening the scope of reporting compliance will support growth, improve energy security and decarbonise our economy.

Nevertheless, SECR presents a challenge to many businesses that do not currently calculate and report their carbon footprint. However, with more concrete details yet to be announced and the timeframe until April 2019 being limited, it is crucial for corporations to start setting up business processes to respond to the SECR requirements, and plan for the opportunities and challenges posed by SECR. 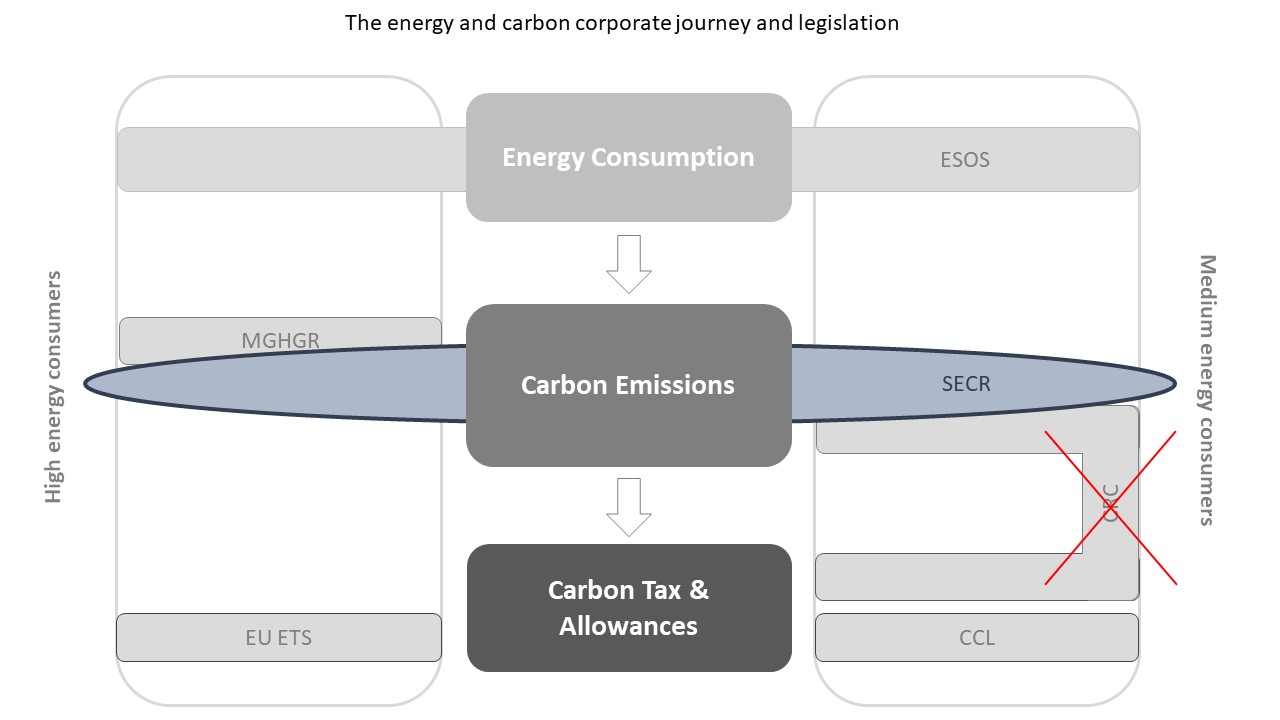 Retrieved from "https://www.designingbuildings.co.uk/wiki/Streamlined_Energy_and_Carbon_Reporting_Regulations"
Create an article