Earlier in May 2017, U+I joined the London Society for a discussion on making the Green Belt fit for the 21st century.

In this article, Richard shares his views on ways in which the Green Belt can be improved to better facilitate new housing. 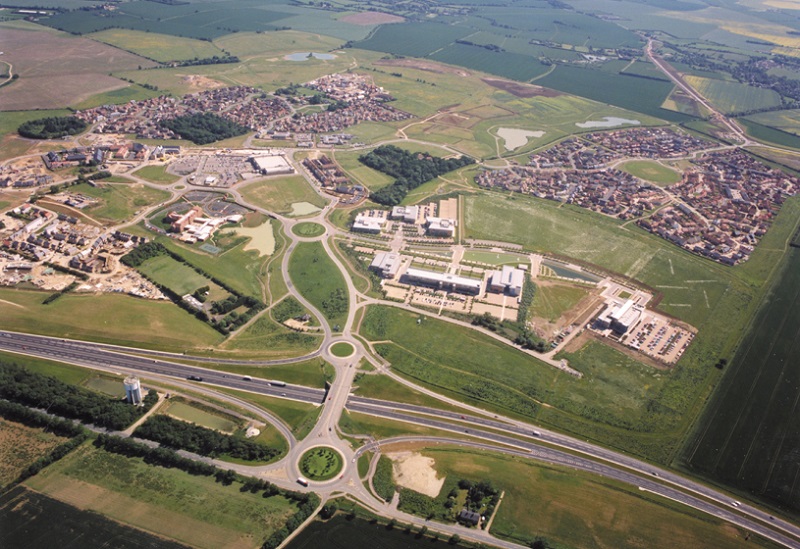 The majority of people, we are reliably informed, believe the Green Belt surrounding London should be preserved at all costs. But isn’t that narrow thinking? The Green Belt extends to 1,636,620 hectares, around 13% of the land area of England. Designed in the 1950’s, it’s now a blunt instrument to prevent urban sprawl by keeping land permanently open.

The government’s 2017 Housing white paper – a paper designed to provide solutions for a broken housing market – commits just a few paragraphs to finding solutions from the Green Belt. We welcome the recognition of the need to explore the relaxing of restrictions on greenbelt land but we need to do more than just tinker at the edges. Now is the time for strong leaders to provide innovative solutions that help our next generations live in a beautiful, inclusive and affordable capital.

The average house price in London is a staggering 11 times average earnings. We could build up of course – taller and denser on the sites owned by government, TFL and Network Rail. I am all for that.

However, do these homes really sell to ordinary Londoners or are they a global hedge against political uncertainty for overseas investors? And, given how incredibly beautiful and stable our capital is, can we stem this tide of investment in a free market? No – we cannot.

London attracts 17 million tourists each year for a reason – it is a great city. I am a proud Londoner. I love London. I have first-hand experience of both city and suburb living. However, at the Historic England committee I sit on, I see the early warning signs of a city killing itself. Brutal, ugly towers that destroy historic ground, spectacular views and heritage are being proposed at an alarming rate. The cumulative effect will destroy the spirit of this great city and those unaffordable towers do nothing to resolve the housing crisis.

So why don’t we do something radical?

Like march into the swathes of Green Belt – the golf courses where memberships have plummeted, the golf driving ranges covered with concrete and netting, the abandoned quarries, scrap yards and sports fields – with an army of visionaries: a panel of master planners, a cautious environmentalist, a top drawer engineer, a progressive sociologist, a respected philosopher – and – dare I say it, a developer with a long term view – to draw up a fresh vision for our Green Belt: 10% smaller but 100 times more relevant to the problems of 2017 not 1951!

We have the papers now to treat the housing crisis as a national infrastructure issue and can therefore use compulsory purchase to acquire this land. We could pay the landowners double the existing use value and the land betterment could be used to deliver social housing or any housing at zero cost or loss to anyone. We could house all the workers necessary to drive London’s economy.

Surely, we have the sophistication to use fine skills in development, landscape, and architecture to conserve and enhance London’s greatest and greenest qualities. Everyone has a right to shelter, not just those whose homes have already had the luxury of being built on what was originally a field. All homes were originally in a field!

We should allow the Green Belt to thrive in decades to come by replacing a threadbare consent with something more relevant and drive a housing policy that creates beautiful and sustainable communities where people want to live.

This article was originally published by U+I on 5 May 2017. It was written by Richard Upton.

Retrieved from "https://www.designingbuildings.co.uk/wiki/Making_the_Green_Belt_work_for_London"
Create an article