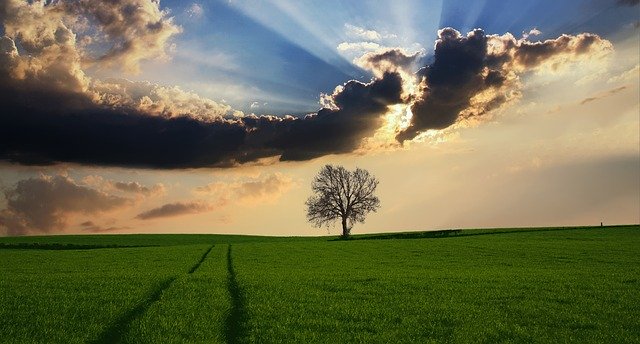 Greenfield land (or greenfield sites) is land that is not constrained by existing buildings or infrastructure.

This is as opposed to 'brownfield land' or ‘previously-developed land’ (PDL), ‘…which is or was occupied by a permanent structure, including the curtilage of the developed land and any associated fixed surface infrastructure.’ (Ref. Planning Policy Statement 3 (PPS3) 2010).

The National Planning Policy Framework (NPPF) encourages '...the effective use of land by reusing land that has been previously developed (brownfield land), provided that it is not of high environmental value...’

The Environment Agency suggests that, 'concentrating development on brownfield sites can help to make the best use of existing services such as transport and waste management. It can encourage more sustainable lifestyles by providing an opportunity to recycle land, clean up contaminated sites, and assist environmental, social and economic regeneration. It also reduces pressure to build on greenfield land and helps protect the countryside.' (Ref. Environment Agency: Position Paper 2003).

Developers and designers can sometimes instinctively prefer the idea of building on a greenfield site as it can offer a ‘blank canvas’ with fewer constraints and potentially lower costs. However, greenfield sites can come with their own problems, offering few drivers to steer the design in a particular direction, access issues and poor connectivity as well as difficulties with utilities supply, and greater exposure to the elements. They can also result in a loss of amenity land, ecological habitats, biodiversity and agricultural land.

Land that has been developed, is only very rarely reverted back to greenfield land.

The term 'pristine greenfield' refers to: 'Land that has not been impacted by humans and maintains thriving viable habitat. Land that has not been developed, but has been altered and degraded through ranching, mono-culture agriculture, crowding, pollution or other means is not considered pristine greenfield...' Ref The Living Building Challenge 4.0, A Visionary Path to a Regenerative Future, published by the International Living Future Institute in June 2019.

Greenfield sites should not be confused with 'green belts'. Green belts establish a buffer zone between urban and rural land, separating town and country and preserving land for forestry, agriculture and wildlife where environmental conditions can be improved and conservation encouraged. Greenfield sites need not be within a green belt.

NB: In 2014, the Royal Institute of Chartered Surveyors (RICS) suggested that a new land classification should be created, ‘amberfield land’, which would identify ‘ready to go land’. It suggested that creating a pipeline of ready-to-go amberfield land would increase the supply of housing and create new development opportunities.

Retrieved from "https://www.designingbuildings.co.uk/wiki/Greenfield_land"
Create an article