Maintenance of drainage systems to prevent flooding and water pollution 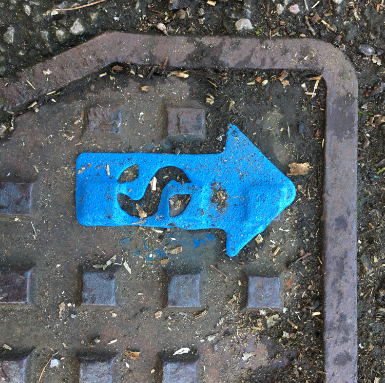 As with maintenance of any building services systems, the first step is to know what you’ve got. Every site should have a drainage plan, showing which drains are located where, what direction they flow in and what they connect to. If there isn’t one, it’s not hard to create one – even though the pipes are buried, there’s plenty of evidence above ground in the form of manholes.

When there is a drainage plan, it’s worth checking how correct and up-to-date it is. Sometimes, the exercise of doing this brings up evidence of mis-connections, such as a new loo discharging into a storm manhole. It’s also worth marking drain covers with the service (F for foul or S for storm) and a direction arrow.

In foul drainage systems, the biggest headaches are caused by things going down the drain which shouldn’t – like wet wipes, sanitary products and hand towels. So the best form of preventative maintenance is to keep building occupants informed, with polite notices and clearly-marked bins in strategic places. Then there is the fats, oils and greases (FOG) that go down the plughole in catering establishments. If these find their way into the drains and sewers, they’re pretty much guaranteed to solidify and cause blockages – sometimes known as ‘fatbergs’. That’s why there should always be an interceptor in place, also known as a grease trap. This needs maintenance – the generic frequency for cleaning out a grease trap, stated in SFG20 (a common approach to planned preventative maintenance), is monthly. But this will be highly dependent on how the facility is used.

If blockages go unchecked, they may also go unnoticed. That is until sewage starts backing up into the building, or overflowing into storm sewers, which eventually discharge into lakes and rivers. These are delicate ecosystems, and the introduction of detergents and faecal matter can be very harmful to aquatic life and of course humans.

Rain, can pick up contaminants from both the air and the land, so once it has reached a storm/surface water drainage system, it has picked up dirt, oil and chemicals from air pollution, roofs and paved areas. Traditional systems have no means of dealing with this, and also must be sized for occasional extreme storm events, so the pipes are very large and mostly used at a fraction of their capacity. Sustainable drainage systems, or SuDS, attenuate the flow of rainwater to watercourses and emulate the way natural ecosystems treat this water. But they need maintenance. For example, any tree routes that could block a soakaway should be trimmed annually, and green roofs may require weeding on a weekly basis during the growing season.

For more information on the maintenance of drainage systems, please explore the BSRIA Information Service.

This article was originally published on the BSRIA Blog on August 12 2020. It was written by David Bleicher, BSRIA Publications Manager.

Retrieved from "https://www.designingbuildings.co.uk/wiki/Maintenance_of_drainage_systems_to_prevent_flooding_and_water_pollution"
Create an article