Essentially, initial commissioning is just proof of capability, such as the ability of a mechanical ventilation system to deliver the required air volumes, or the heating system to provide the required heat output. Tests will include health and safety checks, and controls systems will be checked. Set-points will be fixed and recorded in the documentation.

Full-load commissioning may not be possible prior to occupation. Loads may not be available because of the time of year, or phased occupation may mean internal heat gains are absent. Ventilation systems working at full capacity might reveal noise or vibration problems, or the terminal units might create unpleasant draughts. As such problems may only emerge later, it raises the logic of having a graduated handover. See: Soft Landings for more information.

All the buildings included in the Carbon Trust's Low Carbon Building's Programme (LCBP) were categorised as low-carbon buildings, in that they either had on-site renewable energy generation or some other technology that reduced carbon dioxide emissions. These technologies tended to be commissioned by a specialist - in most cases either the installer or manufacturer. Many manufacturers provided a commissioning checklist for their product. Once completed, the checklists were retained in the handover documentation.

While this was fine at the point of commissioning, problems tended to surface later. For example, some suppliers of low carbon technologies are based in continental Europe, which affected the speed of response to calls for advice, information or maintenance. Downtime suffered as a result. Standby boilers installed as back-up to biomass boilers often ran more often than was intended.

Some overseas firms employ local representatives to carry out commissioning. For example, while the biomass boiler serving the Riverside Dene estate was sourced from the Swiss company Schmid, all commissioning was carried out by Imperative Energy, Schmid's UK partners. By contrast, a ground-source heat pump at Edge Hill University was commissioned by the German supplier, which visited the site three times in order to ensure the installation was correctly set up. 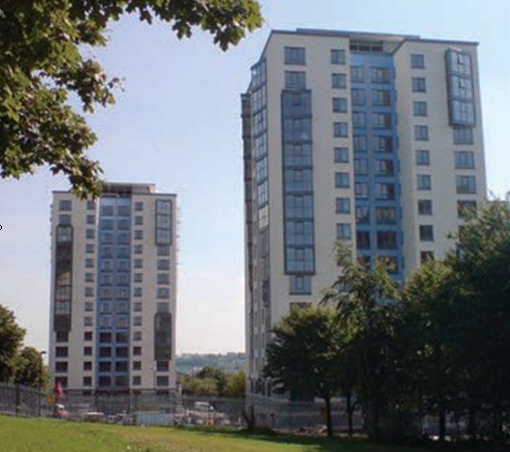 Additional buildings are being added to the community heating scheme well after the initial commissioning activities have been completed. Instead of setting a strict commissioning schedule, the system is continuously monitored by Vital Energy, which is operating the system. Vital Energy has an experienced engineer who can adjust the system as required. This is essential in a residential community heating scheme, where patterns of occupation may vary.

Remote diagnostic/monitoring systems are increasingly common for technologies such as CHP plant and biomass boilers. Where available, they should be identified and included in the commissioning programme.

Buildings systems may need continual fine-tuning during the first year as loads change. This fine tuning is much more effective when members of the project team are still engaged.

For its Canolfan Rheidol headquarters building near Aberystwyth, Ceredigion County Council had a knowledgeable internal facilities team who could understand the technologies. Similarly, at Pembrokeshire College the requirement for training was put into the contract, with the contractor required to submit a detailed programme of training to the client. The training was given to key personnel by the main contractor and specialist installers over two days, with sessions on the biomass boiler and BMS.

Training has to be given to the personnel who are actually going to operate the building. It's even better if the facilities team can be involved during the construction so they are fully up to speed at the point of handover. 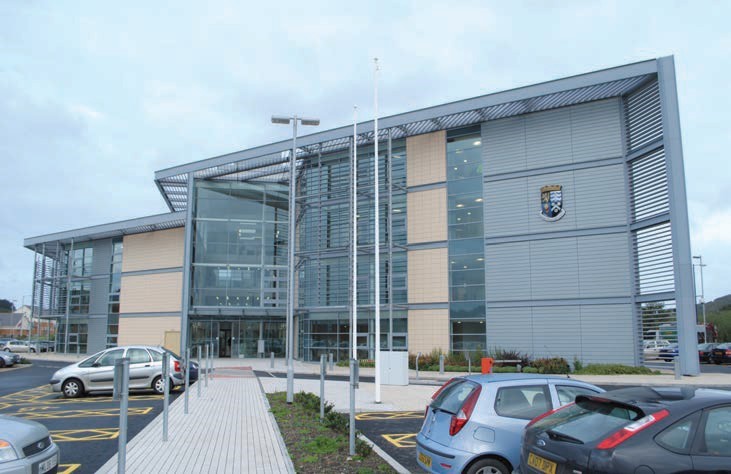 Above: Canolfan Rheidol, the headquarters for Ceredigion County Council. The building is on a biomass district heating scheme. Initial problems with the biomass system saw heating defaulting to the back-up gas boilers.

This article originally appeared in Delta T Magazine May 2011, written by BRIA’s James Parker, where additional copyrighted images are included. It was posted here by --BSRIA 08:31, 26 November 2014 (UTC).

Retrieved from "https://www.designingbuildings.co.uk/wiki/Initial_commissioning_case_studies"
Create an article