Improving the energy efficiency of buildings 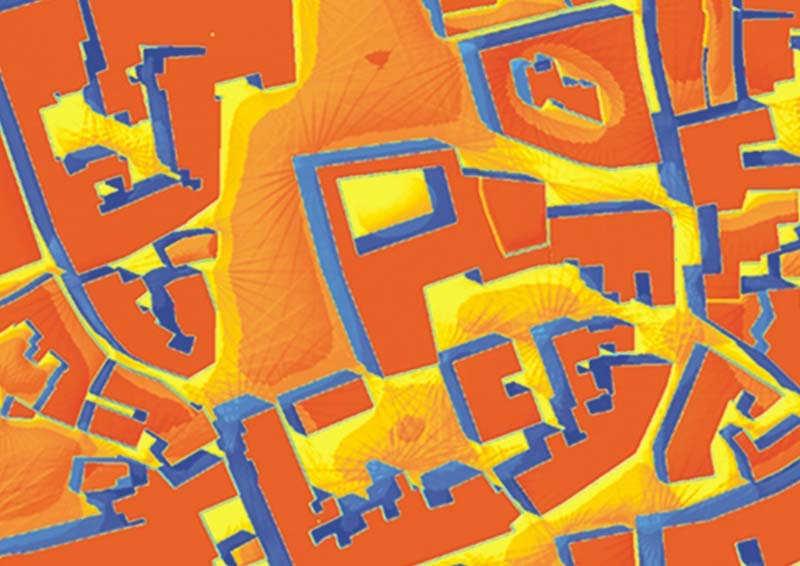 The seventh International Conference on Sustainability and Energy in Buildings (SEB) in Lisbon, Portugal brought together researchers and government and industry professionals to discuss the future of energy in buildings, neighbourhoods and cities from a theoretical, practical, implementation and simulation perspective.

Recently, the big data concept has been gaining considerable attention for tackling complex and challenging engineering problems in particular, it is notably impacting the civil engineering sector.

Big data analytics is transforming the way civil infrastructure systems are constructed, operated and maintained. It provides valuable insights from a large amount of data collected through various sources to optimise decision-making, save energy, improve safety and reduce cost.

The influence of four attributes on the normalised primary energy demand of 92,906 flats in northern Italy are analysed. The paper covers crucial aspects of practical relevance for authority planners and building energy experts and designers.

Similar to the work of Capozzoli et al. (2017), the method proposed by Gagliano et al. (2017) in the second paper aims to support decision makers to estimate the energy consumption of residential, commercial and industrial buildings and evaluate the possible effects of different energy strategies.

The complexity of urban energy supply and demand is increasing rapidly with the diversity of energy technologies that participate in the energy system, such as integration of renewables, electric vehicles, storage and combined heat and power. Therefore, the development of urban energy analysis tools has become indispensable.

One of the biggest issues for the energy analysis of large urban areas is the scarcity of energy consumption measurements. Gagliano et al. (2017) propose the application of a geographical information system (GIS)-based method to support the development and management of a sustainable energy action plan at the urban level.

One of the most critical challenges faced by the built environment sector today is the 'energy performance gap', which is the difference in energy use and emissions of buildings, from predicted performance at the design stage to performance in use (Johnston et al., 2015; Robinson et al., 2016).

Under-estimating the likely energy consumption of buildings creates a number of potential risks including impacting on carbon dioxide reduction targets, higher than expected energy bills and undermining buyer confidence in new low-carbon-dioxide buildings (Zero Carbon Hub, 2013). Findings from the studies of the Carbon Trust (2011) demonstrated that the measured energy use can be as much as five times higher than predicted energy use.

In the third paper, Baborska-Narozny and Stevenson (2017) discuss the underlying factors that contribute to the performance gap between design intentions and actual in-use performance in relation to the operation of continuous mechanical ventilation systems installed in two case study housing developments.

Informed by the results of a one-year-long in-depth building performance evaluation, the study develops a process diagram which identifies and situates the interdependencies between occupant and the dwelling environments in terms of ventilation practices.

The fourth (Isaia et al., 2017) evaluates the thermal performance of a vacuum insulation panel, a promising technology that can potentially contribute to energy demand reduction in the building sector. The thermal properties of this super-insulation material make it possible to obtain highly insulated building envelopes with low thickness, offering exciting opportunities for both new and retrofitted buildings.

However despite its great potential, the technology is still poorly adopted due to high cost and difficulties in assessing its thermal performance in real applications, particularly relating to thermal bridging effects.

To address the second issue, the authors developed a numerical model for the evaluation of the thermal bridging effect that occurs when vacuum insulation panels are coupled with joints at the building scale.

This article was originally published here by ICE on 31 Jan 2017. It was written by John Kaiser, Calautit.

Retrieved from "https://www.designingbuildings.co.uk/wiki/Improving_the_energy_efficiency_of_buildings"
Create an article