Engineering in the 21st century 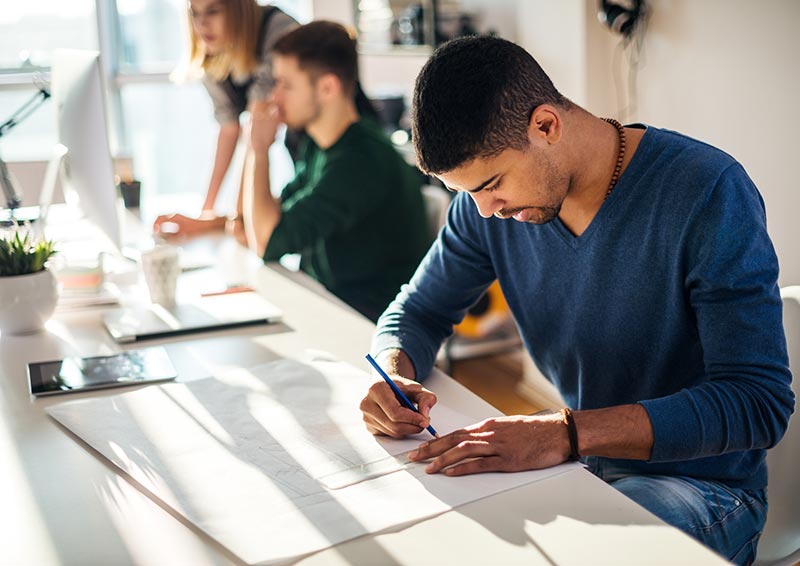 An engineer’s role doesn’t stop once a piece of infrastructure has been built. They are expected to understand the implications of the future operation and maintenance of the assets.

As the world faces some of its biggest challenges - eradicating poverty, mitigating and adapting to climate change - the world’s supply of engineering skills is falling short.

A UNESCO study estimates that 2.5 million new engineers and technicians would have been needed from 2010 to 2015 in sub-Saharan Africa alone if the region were to achieve the UN millennium development goal of improved access to clean water and sanitation. The region fell well short of this ambition – and is still falling.

Europe also faces a labour shortage. For example, Engineering UK reported in 2016 that engineering companies will require 182,000 people with engineering skills in the UK each year to 2022. The number of graduates and apprentices entering the engineering industry will also need to double.

Automation and artificial intelligence (AI) could address some skills shortages but concern is sometimes expressed that in advancing technology (such as automation of design work or advanced robotics) too much control is handed over. Or, that disproportionate opportunities are created for some highly skilled workers and owners of capital while replacing the labour of some less skilled workers with machines.

[edit] Does this mean we’re developing ourselves out of jobs as engineers?

No. Using automation and AI to undertake routine functions could free up the supply of engineers for more creative tasks. Engineers would control and steer the algorithmic optimisations set up for machines. The opportunities this could create for global development should be embraced.

Automation and AI could benefit areas in great need of development but with low numbers of engineers. In earthquake-prone areas with un-engineered buildings, safer building details could be automated with building performance monitored through sensors. This would help engineers who are there to review and focus on creating improvements and new developments rather than using what limited engineering talent we have to address basic problems.

Engineers are well aware of the benefits of delivering integrated waste, energy and transport networks - from efficiency savings and productivity gains for operators though to improved services for users. But optimising this joined-up approach requires greater sophistication in their ability to process, analyse and act upon complex data in real time.

Machines will be better than engineers at this – but that requires engineers to be able to write the control algorithms and understand the wider context for optimising infrastructure service delivery.

[edit] Developing roles such as network engineers and integrators

Perhaps engineers should not just consider themselves as designers or contractors in isolated roles but also look at developing jobs such as ‘network engineers’ and ‘integrators’. With this shift in the perceived role of the engineer, the engineering education and future skills pipeline would also need to adapt.

With the rise of computing power, automation and AI, engineers don’t need to develop to repeat calculations from standard practice. They need to be recruited and trained to collaborate with other sectors and exploit new technologies and skills.

Engineers who understand how to make technology work for the people and the wider environment that it impacts, are what is required.

Technology has no ethics so broad and globally minded engineers are needed to make optimal human decisions.

This is not a case for removing the infrastructure engineer. It’s a case of thinking about how best to apply skills in very different scenarios.

This article was originally published here on 13 Dec 2016 by ICE. It was written by Sakthy Selvakumaran, PhD candidate at Cambridge University and former ICE President’s Apprentice.

Retrieved from "https://www.designingbuildings.co.uk/wiki/Engineering_in_the_21st_century"
Create an article