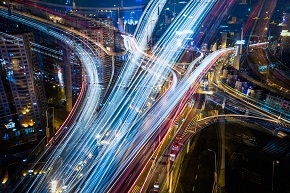 A city is a human settlement with a large population. While cities have been a feature of human civilisations for many centuries, they have only become a predominant way of life as a result of industrialisation, with rapid urbanisation meaning that more than half the world’s population now living in cities. This figure is predicted to rise to more than 70% by the second half of the 21st century.

There are a range of different definitions and ways of categorising cities depending on the data-analysing organisation, census records or country. Cities can be determined by the number of inhabitants, the role it plays within a larger political context, the role it plays in terms of being a hub for the larger surrounding area, education, religion and so on.

In the UK, city status traditionally depended on the presence of an Anglican cathedral. It was not until 1889 that this requirement was dropped. The UK’s official criteria for defining a city today is not completely clear, but those which have been in place since 1907 specify that it must contain at least 300,000 inhabitants, have a good record of local government, and have a distinct identity that is the centre of a wider area.

Other ways of defining a city include:

A suburb is an area on the edge of a large town or city, typically residential in character. The term ‘suburbs’ is thought to derive from the Latin ‘suburbium’ in which ‘sub’ means ‘under’ and ‘urbs’ means ‘city’.

The growth of some cities is restrained by a 'green belt'. Green belts establish a buffer zone between urban and rural land, separating town and country and preserving land for forestry, agriculture and wildlife where environmental conditions can be improved and conservation encouraged.

Retrieved from "https://www.designingbuildings.co.uk/wiki/City"
Create an article