Chapel of the Holy Cross, Sedona

Set amid the towering red sandstone buttes of Sedona, Arizona, the Chapel of the Holy Cross is a reinforced concrete structure completed in 1956. It was the brainchild of sculptor and local rancher Marguerite Brunswig Staude who, in 1932, perceived a cross when looking at the newly-completed Empire State Building in New York.

Her initial sketch, which she showed to Lloyd Wright (son of architect Frank Lloyd Wright) was of a building which was cruciform in plan and elevation. Wright was said to be ‘struck’ by the idea and together they devised a modern 150m-high ‘skyscraper cathedral’ clad in glass and featuring an articulated cross.

Wright’s model and plans were to be used as the basis for a building overlooking the Danube in Budapest, Hungary. However, with the start of the Second World War in 1939, Staude’s dream was temporarily thwarted.

Undeterred, she subsequently decided to build near her ranch in Oak Creek Canyon, Arizona, which offered various dramatic sites for the proposed chapel. Together with architect Anshen & Allen, they decided upon a twin-pinnacled spur 80m-high jutting out of a 300m rock wall which Staude described as being as “solid as the rock of Peter”.

However, because the land was government property, an act of Congress was necessary to obtain a deed and permission to build. These were obtained thanks to the intervention of senator Barry Goldwater.

By 1954, the drawings and technical specifications for the chapel were completed and in April 1955, the William Simpson Construction Company broke ground. Following its completion in 1956 at a cost of $300,000, the building received the 1957 Award of Honor accolade from the American Institute of Architects.

The building has sloping 300mm-thick sandblasted, course-aggregate, reinforced concrete walls and a sloping roof which result in trapezoidal elevations. Their solidity contrasts with the lightness of the grey-tinted glass on the front and rear elevations which flood the chapel with light.

On the front elevation the main feature is the 27.4m-high reinforced concrete cross which serves both structural and aesthetic functions. On the interior, the cross supports both the altar and the Corpus. 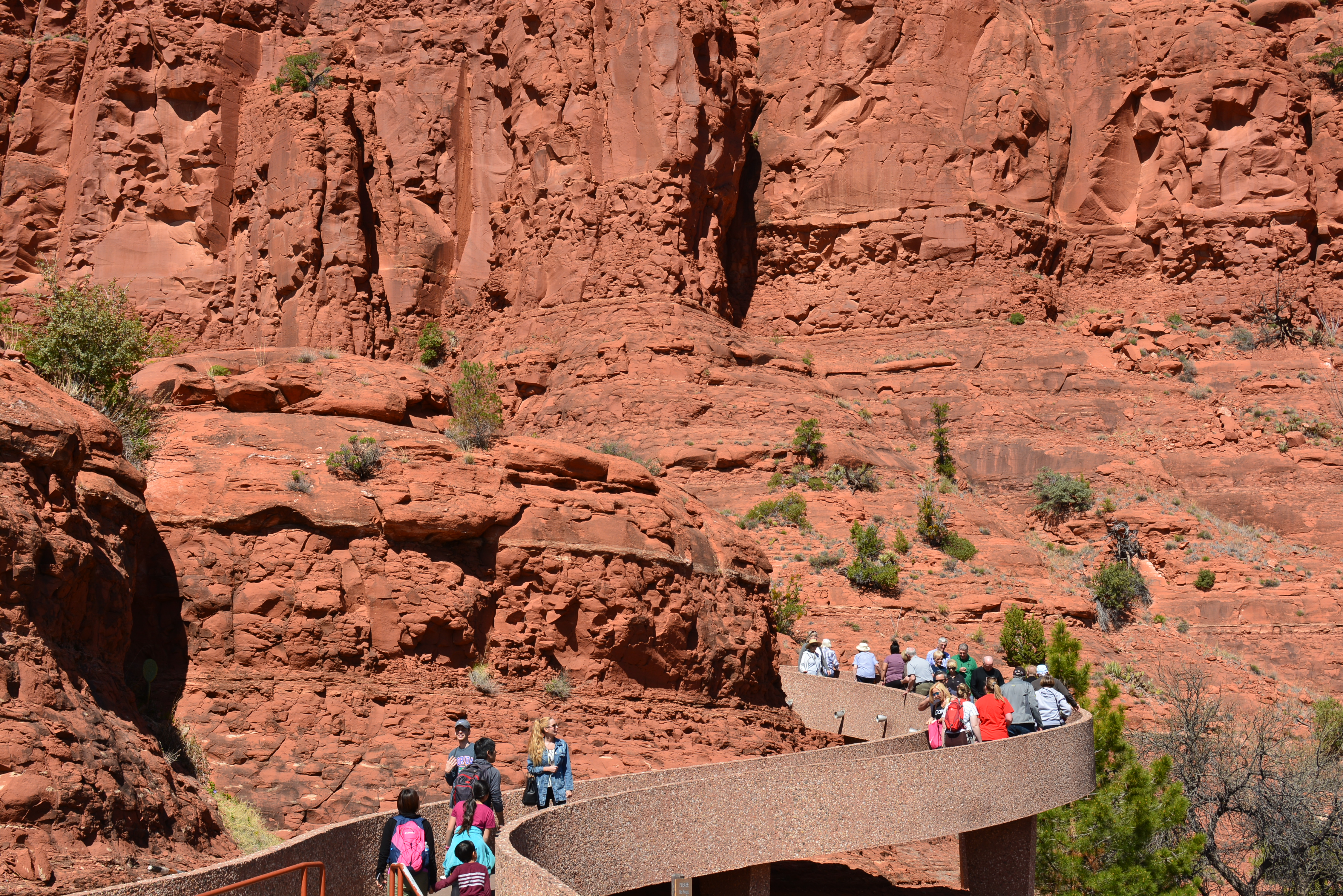 From the car park at the rear of the building, a long, snaking textured concrete ramp leads visitors to the main entrance which is mostly glazed apart from the aluminium doors. The effect of the sloping roof is to reduce the entrance height to a more human scale.

Able to accommodate up to 150 people, the chapel interior comprises a simple palette of concrete walls and polished concrete floor. The surrounding geological formations can be seen through the smoked glass which also serves to reduce glare. A staircase adjacent to the entrance leads down to a shop, confessional, office, two sacristies and services.

Staude wrote subsequently of the chapel: “The accomplishment of this dream was made possible when sculptor and architect meet on common ground. The sculptor then became the donor and passed on her vision to the architect who sublimated it in terms of transcendental form. It is now a monolith with the Christian connotation of the one cross...organic to the structure.” 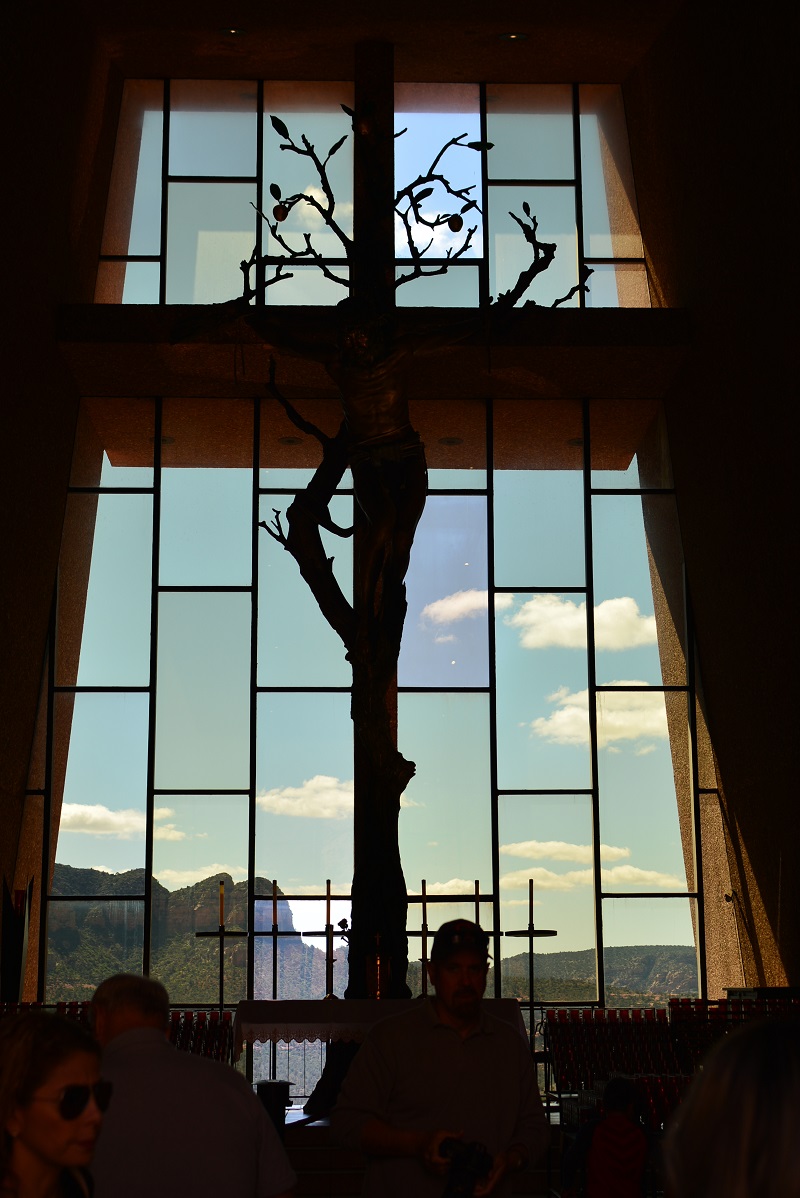 Although of the Catholic faith, Staude intended the chapel to have universal appeal, with its doors “ever...open to one and all, regardless of creed”.

In 2007, the Chapel of the Holy Cross was voted by Arizonans as being one of the Seven Man-Made Wonders of Arizona.

Retrieved from "https://www.designingbuildings.co.uk/wiki/Chapel_of_the_Holy_Cross,_Sedona"
Create an article