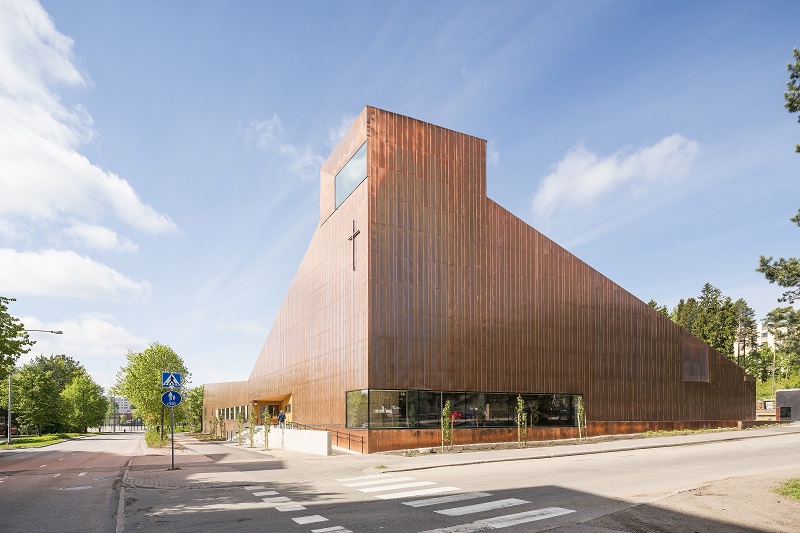 In the last months of 2016, the Suvela Chapel was completed and inaugurated in Espoo, a city just west of Helsinki, Finland. Designed by architectural practice OOPEAA’s principal Anssi Lassila, the aim was to provide a hub for the culturally-diverse neighbourhood, and a venue for religious and community events.

The building is a hybrid structure with timber elements as well as concrete and steel. Cladding the exterior are shimmering, multi-tonal copper panels, chosen for their sustainable credentials and to emphasise the unity of the building’s volume. 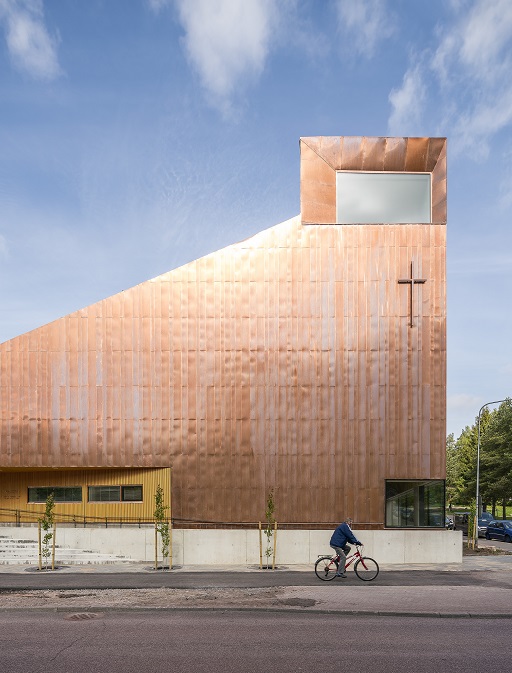 Timber is used predominantly in the tall chapel hall on the walls and the underside of the roof, which are covered in spruce panels textured with ridges for improved acoustic quality.

The building wraps into a single U-shaped volume forming an intimate interior courtyard in the centre. The large roof angles up to match the height of surrounding buildings. The main chapel is located at the northeast end of the building, directly accessed via the main entrance. The smallest part of the building contains the parish facilities, while the southwest wing contains community services, including a soup kitchen. 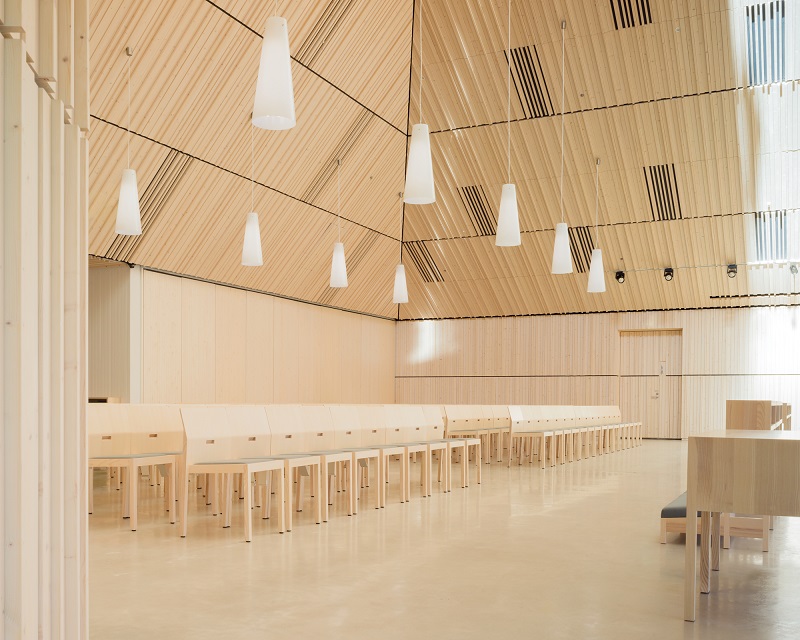 "Providing schools, libraries and churches as places where people can come together in shared space has deep roots in the cultural tradition of Finland. The Suvela Chapel is part of this tradition."

Suvela Chapel was one of the four finalists for Finlandia Prize in 2016 (which OOPEAA won in 2015 for Puukuokka Housing Block), is amongst the nominated projects for the Mies van der Rohe Award 2017, and was awarded bronze in the American Architecture Prize 2016. 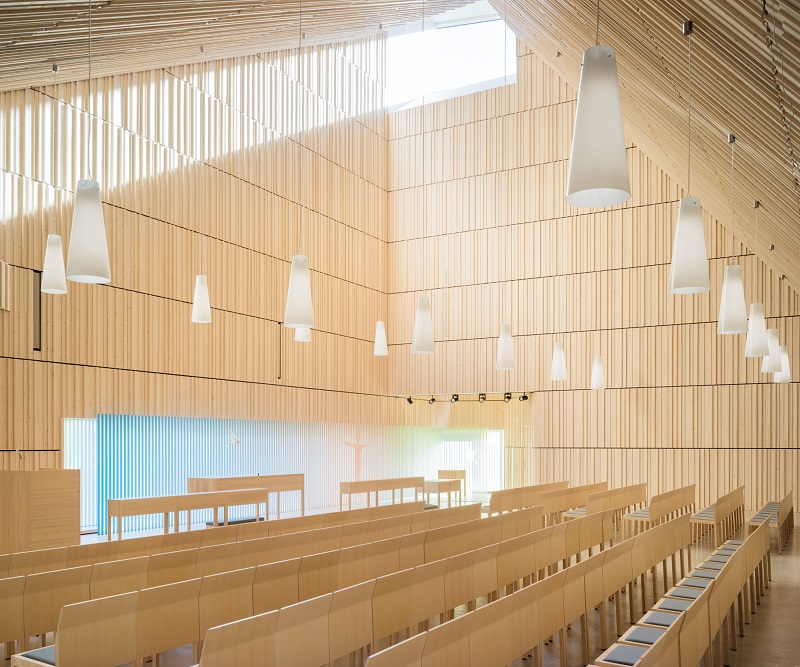 Retrieved from "https://www.designingbuildings.co.uk/wiki/Suvela_Chapel"
Create an article