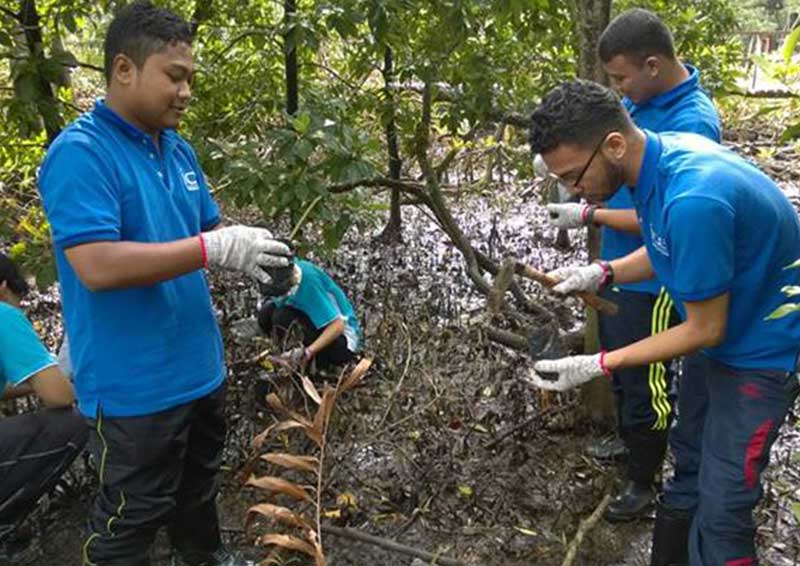 The need for a broad coalition of stakeholders – especially local and risk management authorities and businesses - to work together in the use, protection and maintenance of water resources is now widely recognised, but how can we work effectively with informal ‘civil society’?

To move towards the levels of ecological stewardship necessary for a viable future, civil engineers should encourage a move beyond current ways of thinking around sustainability.

Civil society, made up of all the community groups and associations that don't fall into recognisable groups (such as environmental NGOs or public bodies), should not only recognise the leading role it can play in instigating change, but also be given encouragement by public bodies and NGOs that have the resources to mobilise such activity. Questions of infrastructure and development are often a spur to involvement that has otherwise been latent.

In support of civil society taking on such a role, the UK government's recently published 25-year plan to improve the environment recognises that 'everyone has a role to play' in delivering targets such as 'reaching or exceeding objectives for rivers, lakes, coastal and ground waters that are specially protected as per our River Basin Management Plans'.

A valuable national conversation around the future of civil society in a rapidly changing world is being hosted by 'Civil Society Futures' to develop a clear vision for civil society over the next 10 years, including its role in ecological stewardship.

After the devastation caused by the 2015 floods, the Cumbria Catchment Pioneer, led by the Environment Agency, has provided a focus to shape the way civil society, distributed in localised places impacted by flooding, can engage with the particular environmental challenges and solutions for their place.

The Pioneer is encouraging the 'citizens of their place' to take a broader interest in how the management of land and water in their landscape affects them, using a natural capital approach at the catchment level. Priorities include testing new governance models and the application of innovative finance mechanisms, for example, a 'visitor giving' scheme.

Three other Pioneer projects are underway and government has asked them to be ambitious and to take managed risks and to learn from what does not work as well as what does.

At the other end of the spectrum, many individual citizens are taking action themselves and bringing their local community together to take steps to protect the future of their children and grandchildren, but they need support of their local public bodies to thrive and be effective.

In October 2016, a Community Catchment Workshop was hosted by the West Country Rivers Trust with help from the Environment Agency, to enable citizens to begin to understand their place from a catchment perspective, how water was rushing down the hills after heavy rainfall, what 'natural infrastructure' was in place to slow the flow of such rainwater (such as the quality of the soil for drainage purposes), and what 'human-made infrastructure' was in place that could have had a role to play (such as a culvert that ran under the village to the sea, and a tidal barrage to prevent sea flooding).

What West Country Rivers Trust noted in their workshop report was the level of engagement by citizens when they are involved as peers in exploring the challenges and collaborating towards solutions.

The Water Environment Grant (WEG) is a new scheme available to protect inland surface waters, estuaries, coastal waters and groundwater. It is available to charities, land managers and public bodies including parish councils. Applications for feasibility studies could potentially include a Community Catchment Workshop, in partnership with local public bodies and NGOs, similar to the one carried out by citizens of Millbrook.

WEG is competitive but funding is available for the creation and restoration of water-dependent habitats, managing the source of water pollution (especially diffuse pollution in rural areas), support for activities or events that help change agricultural practices to improve the water environment and to carry out feasibility studies for activities to tackle environmental problems in water-dependent habitats.

The scheme is open until 11 May 2018. If you can support a really strong submission you may get the support to help inspire more great community action.

This article was originally published here on 3 May 2018 by ICE. It was written by Craig Woolhouse and Mothiur Rahman.

Retrieved from "https://www.designingbuildings.co.uk/wiki/Water_Environment_Grant_(WEG)"
Create an article