Designing Buildings Wiki reported on many new design ideas - realised and unrealised - over the course of 2016. We've taken a look back and picked out 10 of the strangest. 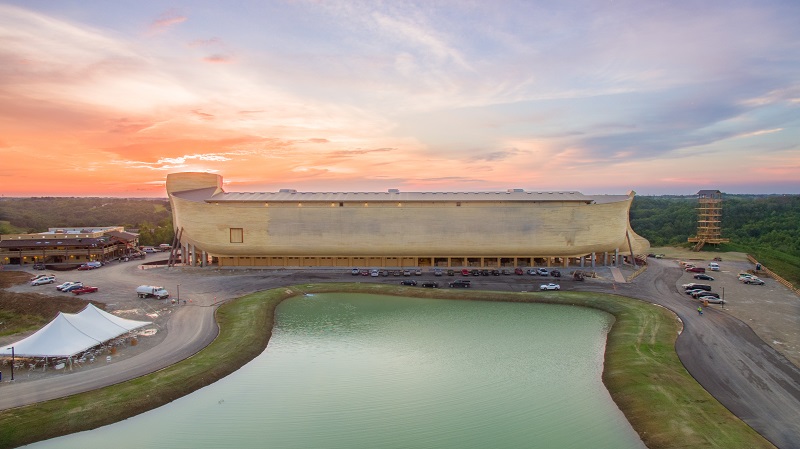 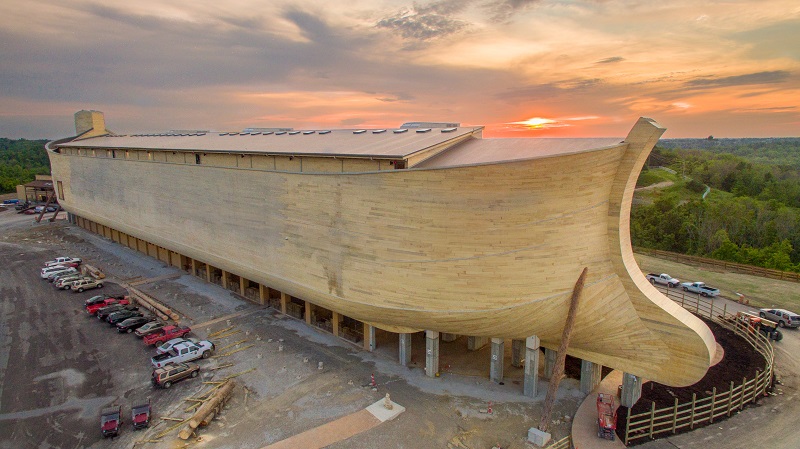 Ark Encounter opened to the public in Northern Kentucky, USA in July 2016. Described as a 'one-of-a-kind historically-themed attraction', the 800-acre biblical theme park's centrepiece is a full-size version of Noah's Ark. 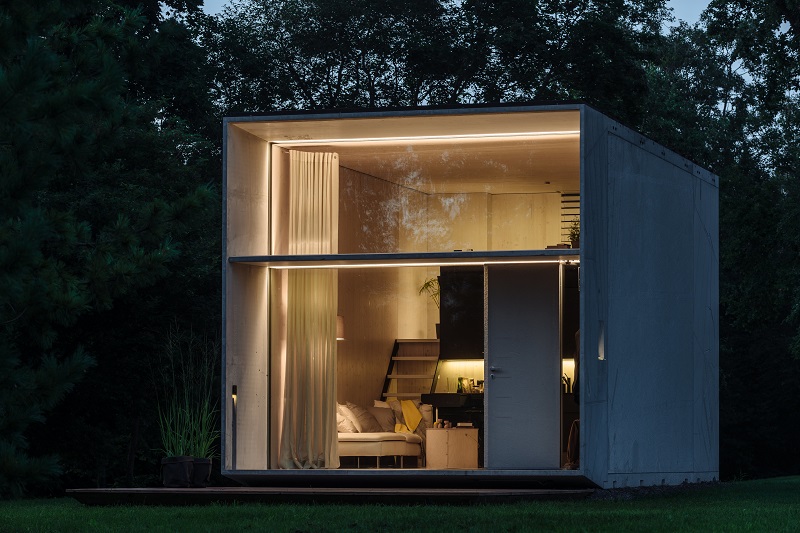 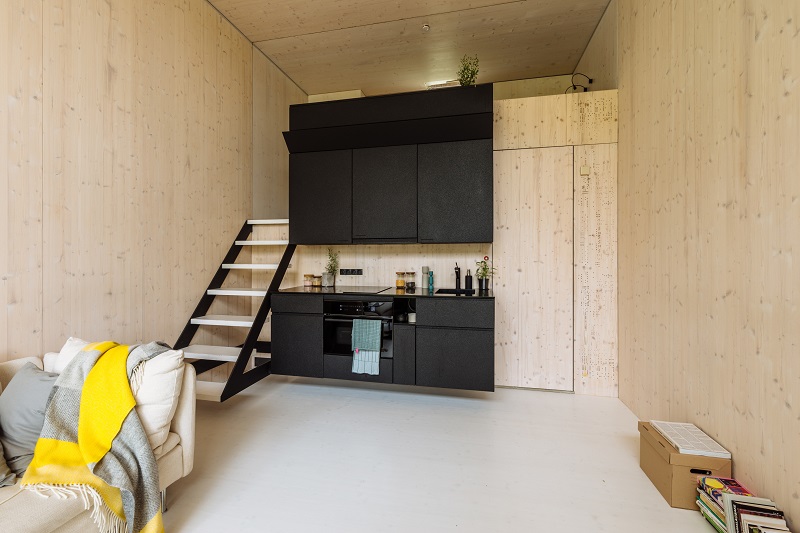 In July 2016, the Estonian design collective Kodasema unveiled KODA, their prototype for an innovative mobile house. The small prefabricated unit is designed to allow residents to relocate in less than a day.

With a footprint of only 25 sq. m, KODA contains an open-plan living space and mezzanine bedroom, as well as a glazed frontage and built-in terrace.The building's quadruple-glazed facade serves to maximise natural light while preventing heat loss. 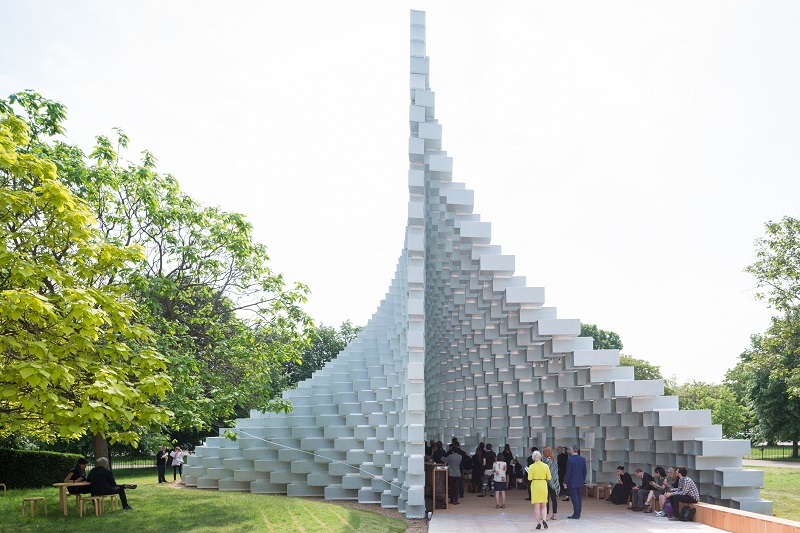 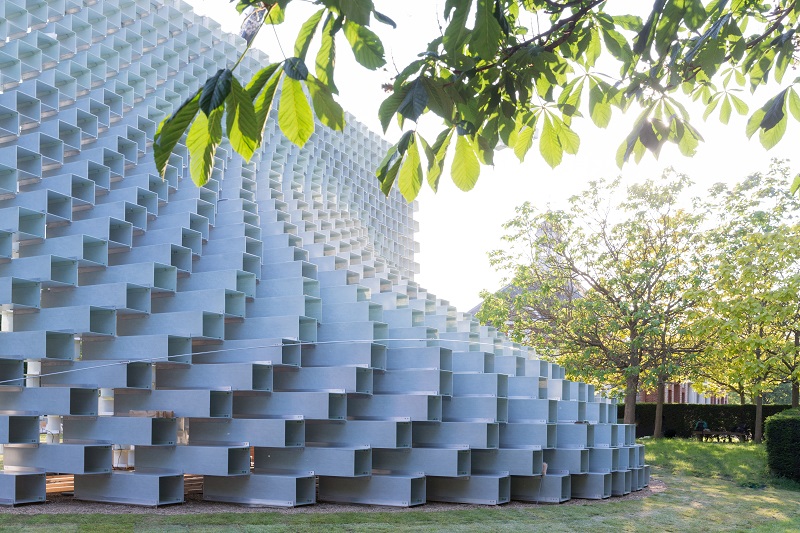 In June 2016, the Serpentine Gallery in London’s Hyde Park revealed their 16th annual Pavilion, designed by the Danish architects Bjarke Ingels Group (BIG). The pavilion was a wall that transformed from a straight line to a three-dimensional space, creating a dramatic structure that appeared to have been ‘unzipped’.

Rather than clay bricks or stone blocks, the wall was built using pultruded fibreglass frames stacked on top of each other, then pulled apart to form a cavernous opening. 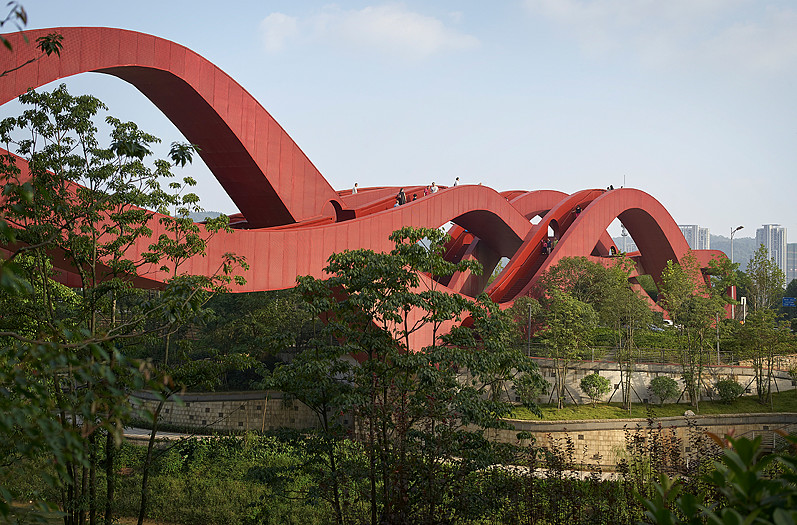 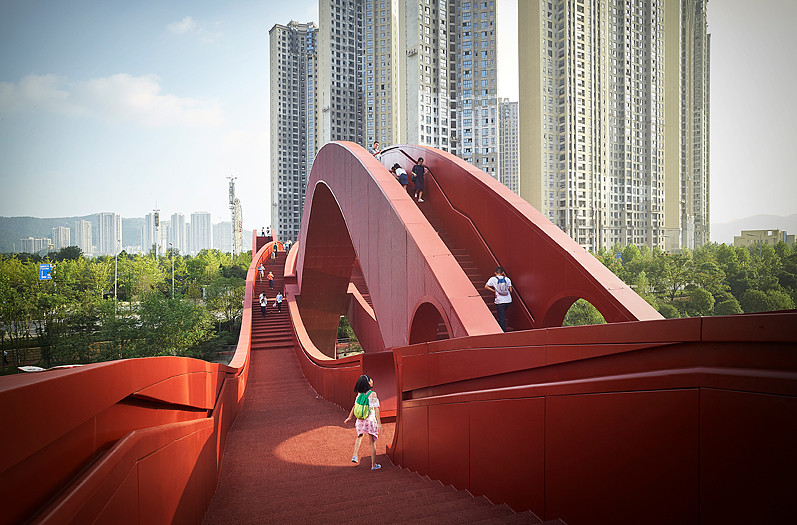 In October 2016, the Lucky Knot Bridge was unveiled in China. Designed by NEXT architects, the new pedestrian bridge is part of their series of unique bridges around the world. Located in the megacity of Changsha, the bridge was selected by CNN as one of the 'most spectacular bridges that break the mold'. 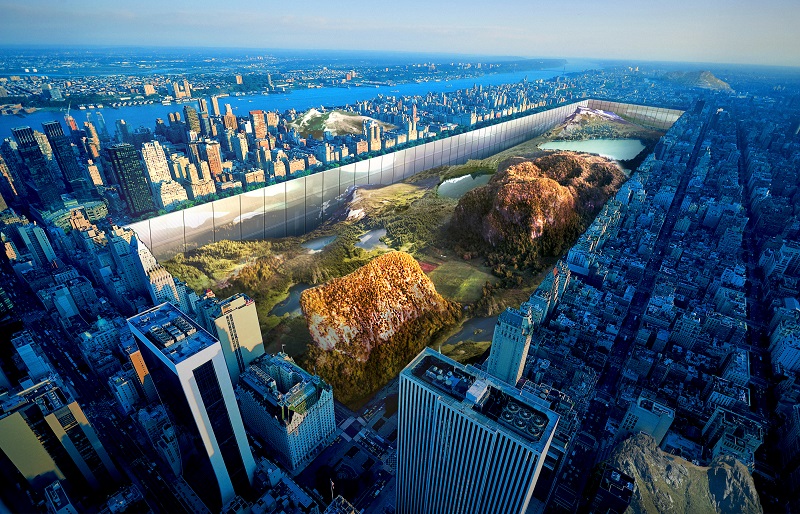 On 23 March 2016, 'New York Horizon' was announced as the winner of the eVolo Skyscraper Competition, an annual competition that invites architects and designers to imagine futuristic structures.

US designers Yitan Sun and Jianshi Wu’s proposal involves the transformation of Manhattan’s Central Park into a sunken landscape with a topography of hills, lakes and meadows, to be encircled by a megastructure groundscraper. 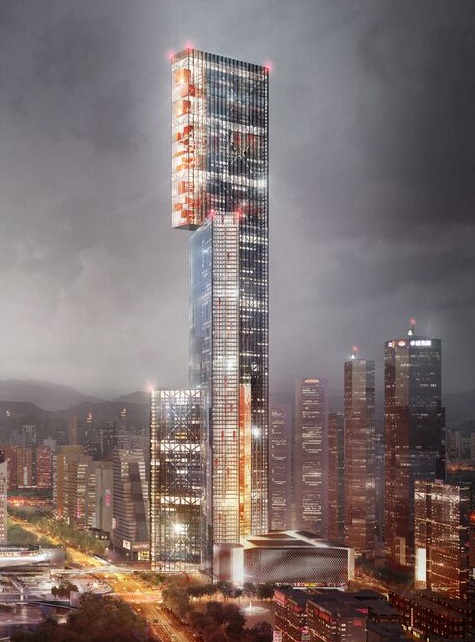 In February 2016, London-based PLP Architecture unveiled their masterplans for Chinese project 'Nexus', which promises to transform the possibilities of skyscraper design.

Proposed for an undisclosed site in the Pearl River Delta, China, the concept is a supertall tower composed of three rotated, interlocking volumes. It is presented as an alternative to the high-rise point tower typology where a large central core is surrounded by usable space. 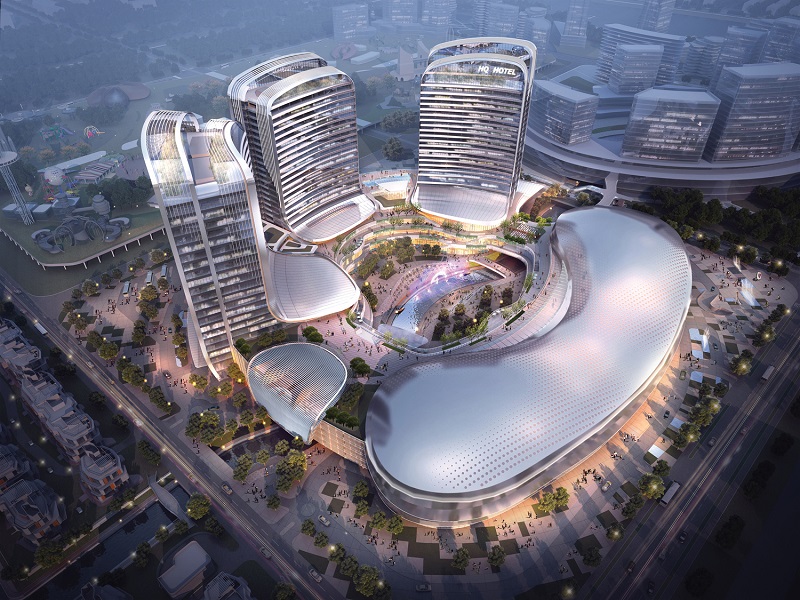 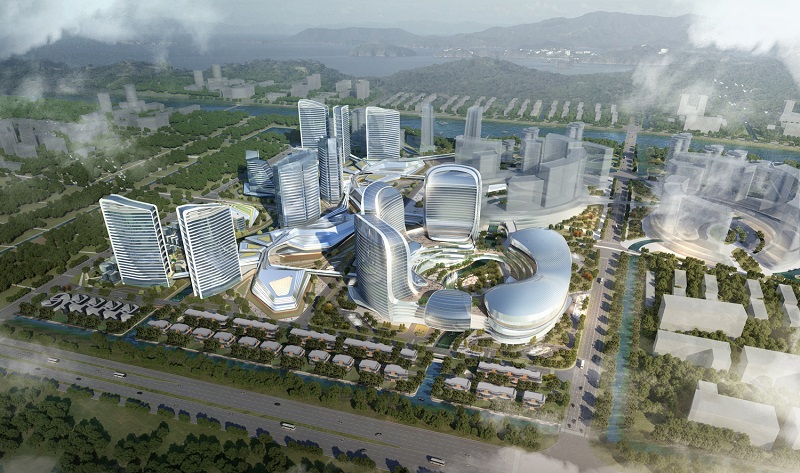 In November 2016, designs were unveiled by Aedas for a new cultural and entertainment complex called Novotown. Located at the heart of Henggin Island in Zhuhai, China, the project is intended to become a major tourist destination and a cultural-creative hub for southeast Asia.

The complex takes the form of an open hand, with three towers representing fingers and a central courtyard in the 'bowl' of the palm. 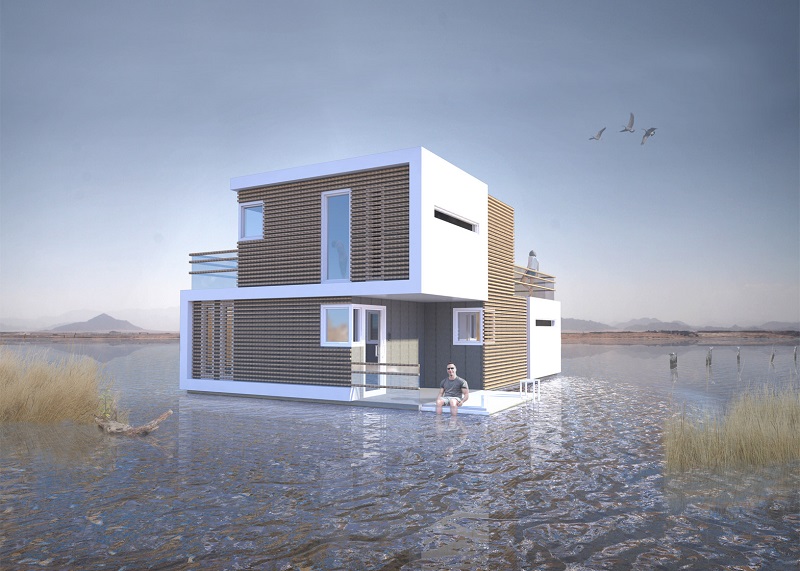 In July 2016, Amsterdam-based design and engineering practice Studio OBA revealed their design concept Prenuptial Housing. The creater Omar Kbiri suggested that 'Prenuptial Housing is a solution for the increasing number of marriages that end up in divorce'.

The two units are connected Tetris-like with a simple fastening mechanism. If the couple splits up, they can detach the two units and float apart. 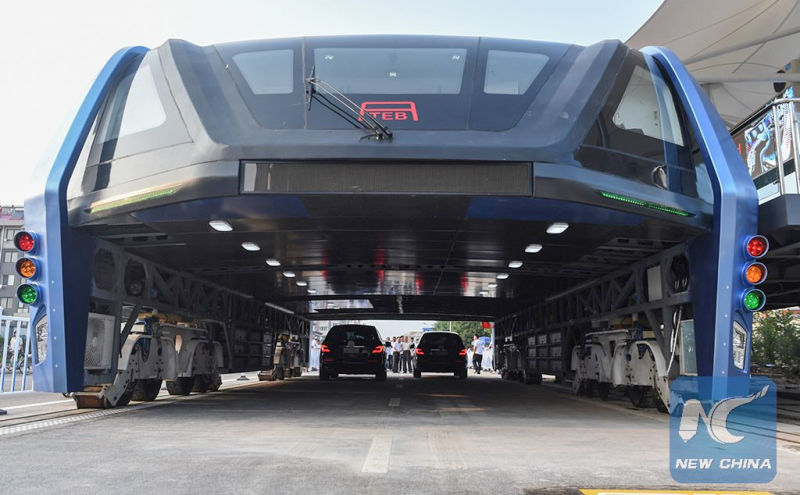 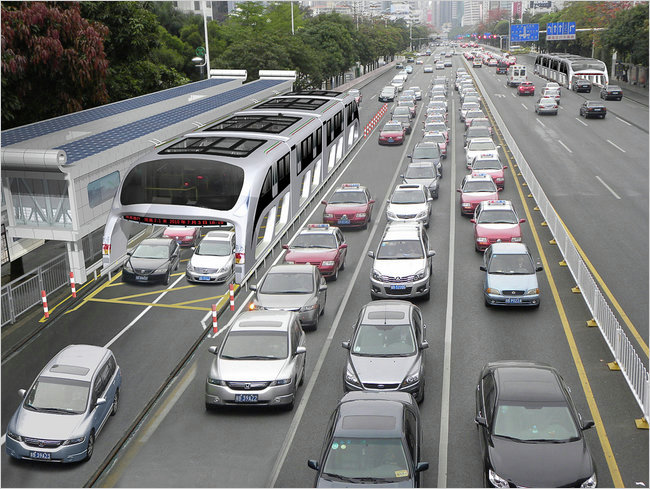 In August 2016, a futuristic public transport solution, the Transit Elevated Bus (TEB), began testing in Qinhuangdao, China, as a way of addressing congestion caused by rapid urbanisation and population growth.

The TEB straddles traffic, driving over the top of it, running along fixed tracks. Its main compartment is elevated, leaving the street clear for cars underneath. The design incorporates solar panels on the roof and at bus stops to partially power the vehicle. 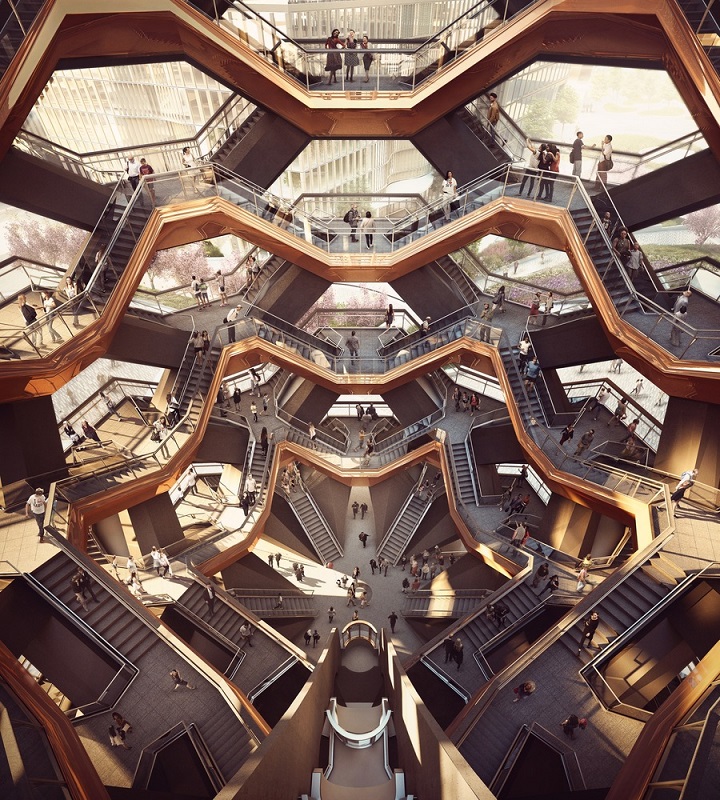 Retrieved from "https://www.designingbuildings.co.uk/wiki/Top_10_strangest_designs_of_2016"
Create an article