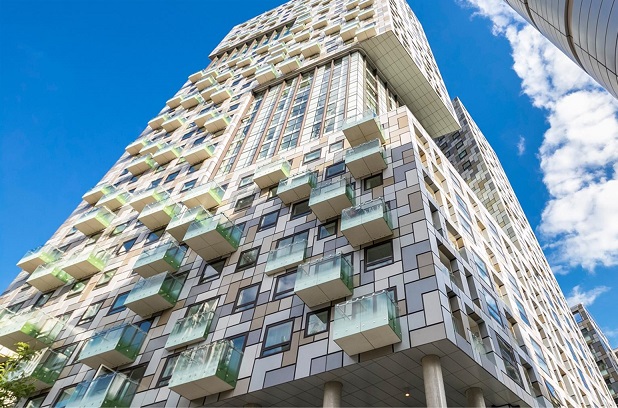 On 7th September, Building Design awarded the dubious honour of the Carbuncle Cup for 2016 to London’s Lincoln Plaza high-rise development.

The Carbuncle Cup is an annual architectural prize awarded to ‘the ugliest building in the United Kingdom completed in the last 12 months’. A shortlist is compiled from public-voted nominations, and the winner decided by a panel of critics.

Lincoln Plaza’s victory makes it the fifth consecutive year that London has received the award.

Lincoln Plaza is located in South Quay, neighbouring Canary Wharf, and was developed by Galliard Homes and designed by the firm BUJ Architects.

The precise location was one of the factors in the panel’s decision, with them criticising the developer’s marketing commentary which sought to describe the tower as being situated in the more prestigious district of Canary Wharf.

The tower is characterised by its irregular stacked-box form, jutting rectangular balconies and Tetris-like coloured aluminium cladding. The panel described the tower as being:

‘...a putrid pugilistic horror show that should never have been built. In its bilious cladding, chaotic form, adhesive balconies and frenzied facades, it exhibits the absolute worst in shambolic architectural design and cheap visual gimmickry.’

It joins the ‘illustrious’ pantheon of ‘crimes against architecture’ such as the Walkie-Talkie building, Woolwich Central, and Strata SE1. See an overview of previous winners here.

The other shortlisted projects that were beaten by Lincoln Plaza were as follows: 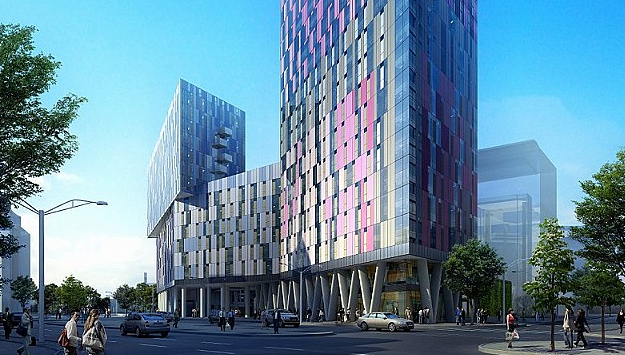 The Diamond, University of Sheffield 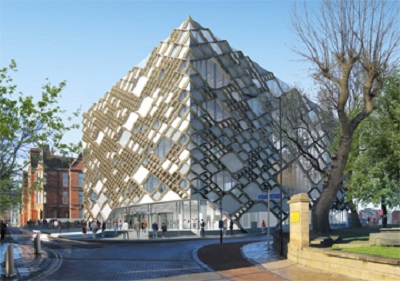 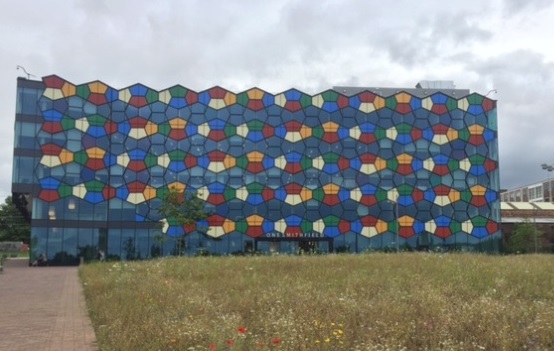 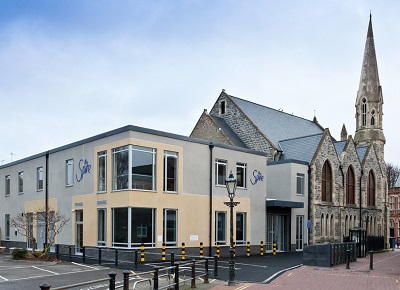 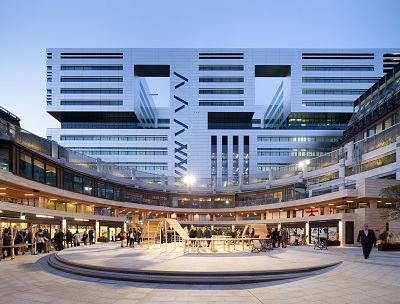 Retrieved from "https://www.designingbuildings.co.uk/wiki/2016_Carbuncle_Cup"
Create an article