The town's time has come 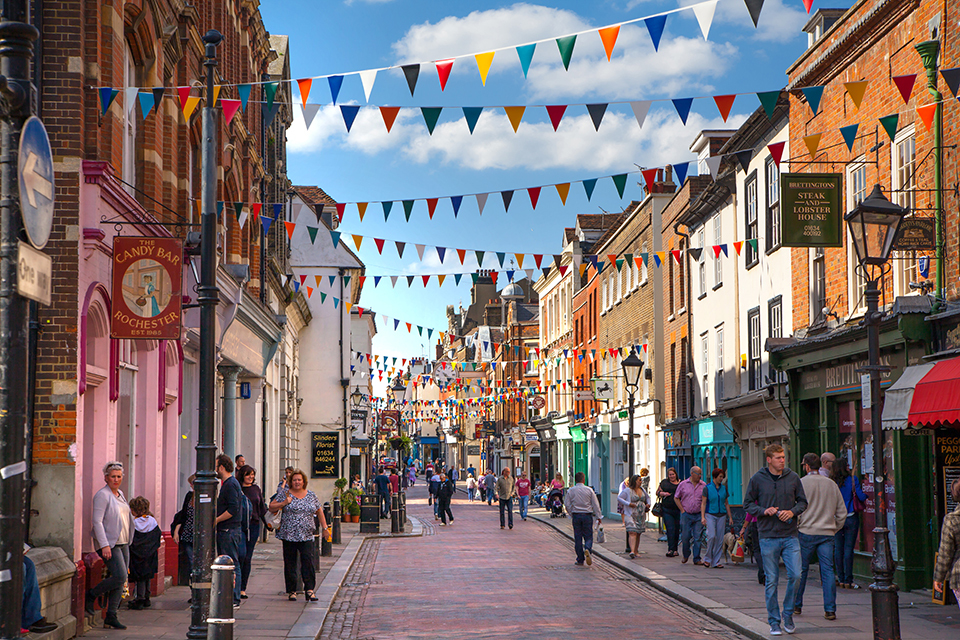 ICE Fellow Jonathan Spruce explores the key points of the National Infrastructure Commission’s recent study on towns and the role engineers can play in shaping where we live.

Hands up if you've been into your local town to pick up provisions, get a coffee or simply to get some fresh air? Now keep your hands up if you used to do that regularly before March 2020 or whether those things used to happen in a city where you worked?

I suspect that there will be many more hands up for the first question than the second, confirming that more of us have been using the towns in which we live, rather than the cities in which we work, for everyday things. Following a period when much of the talk about infrastructure need and growth was focused around cities, maybe the COVID-19 pandemic of 2020/2021 shifted the dynamic in favour of our towns?

So the report on Infrastructure, Towns and Regeneration published by the National Infrastructure Commission (NIC) is a very timely intervention, coming soon after the September 2021 Cabinet reshuffle that provided further impetus behind the Government’s levelling-up agenda and the impending publication of a White Paper on that very subject.

[edit] What is the NIC’s report recommending?

The report uses research from the 74 county councils and unitary authorities, which are responsible for strategic transport planning across England’s 1,082 towns, to make a series of recommendations as to how we can use infrastructure investment to drive regeneration based on the distinctiveness of each location.

Foremost among the recommendations is that each authority should develop a long-term infrastructure strategy for the towns in its area, supported by a pipeline of projects, and that central government should enable them to develop and deliver these strategies by providing devolved five-year budgets to match the arrangements in place for mayoral combined authorities. Such funding should be allocated on a simple basis that reflects population and the size of the transport network being managed.

Both of these recommendations echo ICE’s State of the Nation report on devolution published in 2016 and a follow-up report on a Northern Infrastructure Strategy.

It's clear that, in such local areas, it's local leaders and local stakeholders who are best placed to understand the needs of that area and to shape an agreed and ambitious forward plan. Since 2016, we have seen that start to happen at a mayoral combined authority level, but this does feel like the time to expand this approach to realise the potential of our towns.

This was also a theme drawn out in the Transforming Infrastructure Performance: Roadmap to 2030, which included a Built Environment Model that draws a direct line between the outcomes we need as a society - by the UN Sustainable Development Goals (UNSDGs) - and the decisions we make to build, maintain and renew our infrastructure.

A key concept in the document was place-based delivery – interventions in the built environment that are shaped by the local context and delivered in partnership with local stakeholders and communities. This is exactly what the NIC called for and is a task that many members of the ICE are already involved in - making them well-placed to champion.

[edit] The role of engineers in shaping our towns

But it is perhaps the NIC’s final recommendation that should cause us to think about how we can help regenerate our towns.

The report calls for expert support and advice to help those local authorities where capacity and capability are obstacles to developing and delivering their infrastructure strategies. This clearly recognises how various events, from the financial crisis through to the pandemic, have seen a wealth of experience lost to the industry.

We have a clear role to help replace these skills by advocating the role of engineers in delivering place-based regeneration and to develop programmes of support and training for those who wish to advocate for such improvements and play a role in developing ambitious plans.

Engineering is not necessarily about simply construction. Planning, refining, negotiating, leading – these are all skills that are needed to get any project to a start on site, and so we will need to ensure that such skills are nurtured.

As the NIC report states, over 31 million people live in England’s towns – that’s a lot of need to satisfy – but if you have been spending more time in your local town, rediscovering the joys of its high street and communal spaces, then maybe we can all help make sure that the town’s time has come and deliver the infrastructure that they need to thrive.

This article originally appeared on The Infrastructure Blog portion of the ICE website. It was written by Jonathan Spruce, ICE Fellow, and published on 28 September 2021.

Retrieved from "https://www.designingbuildings.co.uk/wiki/The_town%27s_time_has_come"
Create an article