The Architecture of British Bridges 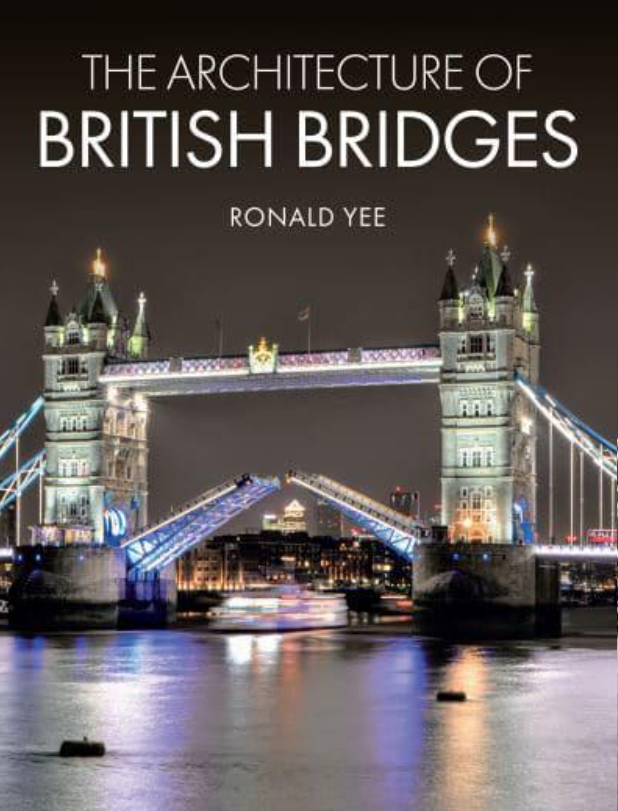 Bridges are rarely thought of as architecture, yet they well represent the three famous principles of good design formulated by the Roman architect and engineer Vitruvius in his book ‘De Architectura for firmitas, utilitas and venustas’ (firmness, commodity and delight). Bridges are also one of the few building types where form and structure are given equal weight. This demands creative teamwork and the negation of professional boundaries that can be a problem in the design of buildings.

The author of ‘The Architecture of British Bridges’, Ronald Yee, is an internationally renowned bridge architect, whose work includes the Pont Vasco de Gama in Lisbon and the Rose Fitzgerald Kennedy Bridge in Ireland. He comes from a dynasty of bridge designers. Yee begins with an explanation in non-technical language of the principles of bridge design and the various structural methods used to support them. A central argument is how construction and aesthetics have been combined to achieve good design, and that, bearing in mind that alternative solutions may be technically feasible for most bridging projects, appearance should always be a deciding factor.

The major part of the book is a gazetteer of significant bridges. This is subdivided into chapters based on basic construction types, each of which is explained in an opening section. The first chapter deals with stone bridges, from the primitive Tarr Steps clapper bridge on Exmoor, through the medieval period to the later arched masonry bridges such as Thomas Harrison’s elegant Grosvenor Bridge in Chester of 1832, which remained the longest single-span arch in the world for 30 years. Timber bridges have an even longer timescale, from Roman military bridges up to the present day. Brick bridges began in the 15th century, reaching their climax in the railway age with the construction of mighty viaducts.

By this time iron had become an alternative material, before it was developed as the pre-eminent bridge construction choice. Iron, in turn was replaced by steel, which is capable of being used in several different forms: box girders, steel-arched structures, suspension and cable-stayed bridges, all of which remain viable options. At the same time reinforced concrete has offered an alternative freedom of expression, although its aesthetic potential has not always been as successfully achieved.

The book ends with shorter chapters on movable bridges, bridge parapet design and bridge lighting, the last of which offers opportunities for heritage presentation as seen in the London Illuminated River project. On the way the reader will learn about the effect of high winds on suspension bridges, sometimes with tragic results; the ingenuity of movable bridge designers; and the predisposition of lateral movement due to ‘synchronous lateral excitation’ caused by pedestrians walking in step, which affected the Millennium Footbridge across the Thames until it was alleviated by the insertion of dampers below the deck.

The well-priced book, which is illustrated with a multitude of good photographs, will make you look at bridges with greater attention and understanding. These are historic structures that are often undervalued and under-protected.

This article originally appeared as ‘Firmness, commodity, delight’ in the Institute of Historic Building Conservation’s (IHBC’s) Context 171, published in March 2022. It was written by Peter de Figueiredo, reviews editor of Context.

Retrieved from "https://www.designingbuildings.co.uk/wiki/The_Architecture_of_British_Bridges"
Create an article