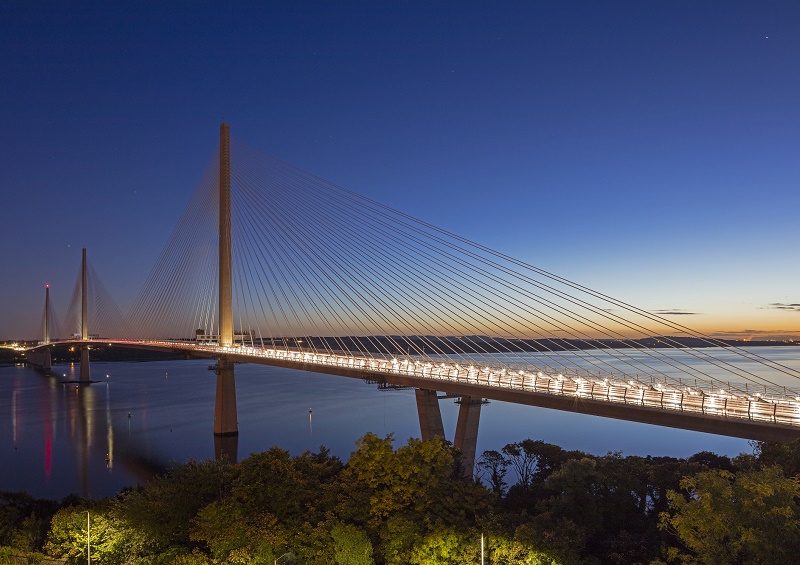 In November 2018, ICE Scotland launched its new report for a long-term, holistic approach to infrastructure planning and funding.

This report recognises that the demands on infrastructure services are shifting and increasing, with pressures from population growth, disruptive technologies, increasing urbanisation,and resilience issues due to climate change.

It further seeks to clarify how infrastructure is currently paid for, and set out priorities for infrastructure planning and prioritisation for the future.

The report makes seven recommendations for Scottish and UK governments to consider.

Infrastructure is by its nature a long-term investment, providing the services we rely on for decades – if not centuries. Infrastructure investment and planning must move beyond short-term political cycles, and be founded on a shared vision underpinned by cross-party commitment.

Consistency of approach and long-term certainty of funding, not just for new assets but also for the maintenance and renewal of existing assets, must be a priority if maximum benefit from investment is to be delivered.

The report calls on the newly formed Scottish Infrastructure Commission to be independently chaired, transparent, and to be evidence-led in its recommendations to the Scottish government.

Through the creation of true cross-party support and consensus on the future of infrastructure investment, we can deliver a consistent approach to infrastructure planning, prioritisation and investment.

Four of the report’s recommendations focus on sector-specific ideas to ensure maximum value is realised from major capital investments, and support future investment decisions. One of those looks specifically at how we can better fund Scotland, and the UK’s, roads.

Scotland has 52,400 km of local roads, over a third of which are in need of essential maintenance, costing at least £1.3bn to repair.

Alongside the move to a zero-carbon vehicle fleet, which will reduce the viability of fuel duty, it's more important than ever that we talk about how the next generation of road transport levies will be raised.

Importantly, this recommendation has the support of over half of Scottish adults (52%), with less than a quarter (23%) opposing it. Some 25% are either undecided or don't have an opinion either way.

The revenue raised through the charges could be used to improve and maintain local roads.

No vision for infrastructure is deliverable without a strong and resilient construction and engineering sector to design, build and maintain vital social and economic assets.

Scottish industry has a wealth of skills and innovation at its disposal, but its true value can only be realised where there's a visible pipeline of work to create confidence. It also depends upon a mature relationship between the public sector and industry, where risk share is fair and balanced.

It's important that industry contributes to the discussion, provide evidence to inform decision making and help deliver the core assets which will help to build a prosperous and productive future for Scotland.

This article was originally published here by ICE on 8 Nov 2018. It was written by Kelly Forbes, Policy Manager.

Retrieved from "https://www.designingbuildings.co.uk/wiki/State_of_the_Nation_Scotland_2018:_Infrastructure_investment"
Create an article