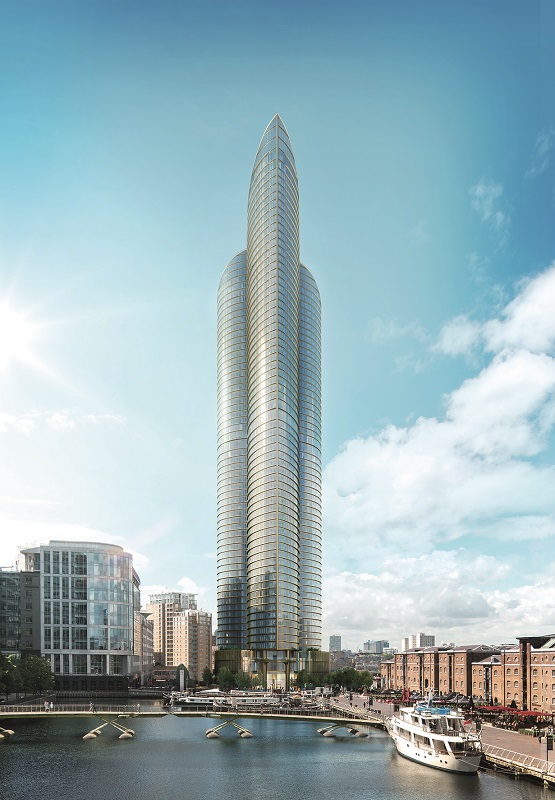 In September 2016, the Shanghai-based Greenland Group revealed new images and details of Spire London in the Docklands, which will be Western Europe's tallest residential tower.

Designed by award-winning architects HOK, at 235 m (771 ft), the building has a petal-shaped design inspired by the site's nautical history, and by the orchid, a flower cultivated in China for more than 3,000 years. Three petals form the spire, creating faceted glass façades and nautical style ‘prow’ and ‘bow’ contours.

The building is located in Hertsmere Road, adjacent to Canary Wharf and directly fronting onto the 30 acres of water in West India Quay.

The lower floors are characterised by bronze coloured metal detailing, while the pair of pavilion buildings on either side of the tower feature bronze coloured fins. The designers claim that this 'complements the tan brickwork of the adjacent historic buildings around the dock basin.'

The 67-storey mixed-use development will include public realm and landscape improvements alongside shops, cafes and communal amenity pavilions for new residents, connected to the tower by glass winter gardens and landscaped roof terraces. 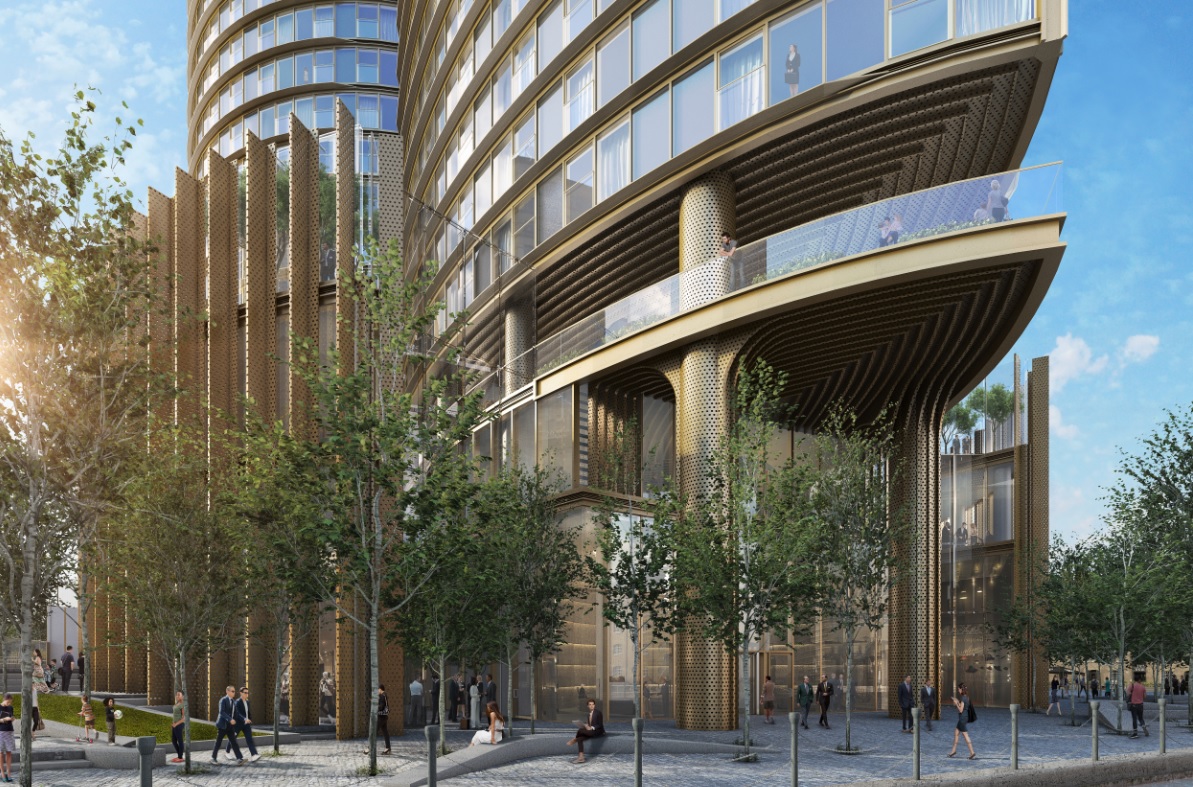 Shanghai-based property developer Greenland Group has already built three of the ten tallest buildings in the world since 2005, and this development will be their second investment in the UK following the Ram Brewery scheme in Wandsworth, on which construction started in 2015.

“We are delighted that Tower Hamlets have decided to share our ambition to deliver a landmark residential building at West India Quay. This is Greenland Group’s most important project in Europe. As well as delivering 921 new homes for Londoners, including 156 affordable homes, our scheme will revitalise this part of Canary Wharf and create a new prosperous environment that the whole community can enjoy. The carefully designed public realm will provide the most appropriate and balanced setting for the proposed residential building.”

Above-ground demolition works at the site have already been undertaken. Piling for the tower will begin in January 2017 with the tower scheduled to reach the halfway point in height during the summer of 2018. Build completion is scheduled for 2020. 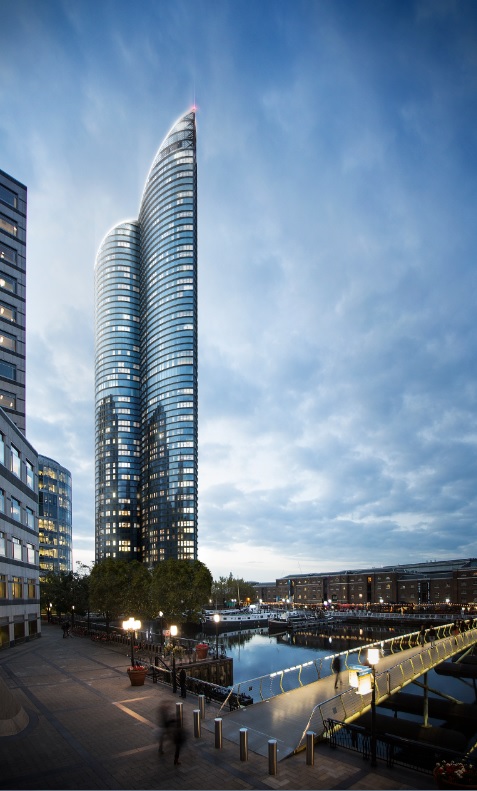 Retrieved from "https://www.designingbuildings.co.uk/wiki/Spire_London"
Create an article