SF6 - the greenhouse gas at the heart of our industry

As the world works out how to tackle global carbon emissions, it is widely understood that renewable energy and a growing, decarbonised electricity grid will play an increasingly vital part. Yet growing reliance on ‘low- to no-carbon’ energy solutions also relies on a remarkable manmade substance, but with a potent environmental sting in the tail. 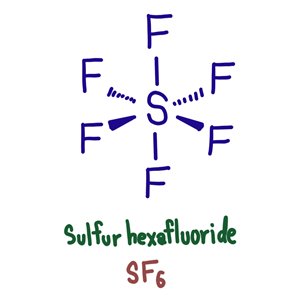 SF6 is a colourless, odourless and non-toxic gas which is around five times denser than air. Unfortunately, it is also believed to be the world’s most potent greenhouse gas, with a global warming potential 23,500 times more (kilo for kilo) than CO2. If released, it permeates into the atmosphere, where it contributes to global warming for hundreds or even thousands of years.

So why is the world’s most potent greenhouse gas an issue for the global electrical industry? Quite simply, SF6 is an excellent electrical insulator, preventing short circuits in medium and high-voltage electrical installations that would otherwise lead to damage, disruption, fire or explosion. SF6 has been increasingly deployed in an array of power stations, wind turbines and electrical sub-stations in circuit breakers, switchgear and other electrical equipment, often replacing oil-filled circuit breakers that would previously have contained harmful PCBs.

Pressurised SF6 also allows for compact gas-insulated switchgear, which is ideal for indoor and other space-constrained applications. It has a long, reliable track record in these applications and maintenance requirements are low – very handy if your electrical equipment is, for example, part of a mega-wind turbine in the North Sea.

SF6 is just one of a now infamous family of ‘F-gases’. The EU has banned many of the F-gases and while it has already banned SF6 from applications such as double-glazing insulation, SF6 can still be deployed in switchgear to ensure electrical safety and reliability. While the gas is harmless in situ, the Environment Agency oversees UK rules on its recovery, which is necessary when switchgear fails or degrades.

All this means that the European Commission is set to revisit the situation in the first half of 2020, to see if suitable alternatives can enable further restrictions on SF6 in electrical switchgear. Various companies have already stepped up with broadly cost-effective alternatives for use in medium voltage equipment, using vacuum and solid insulation technology.

“Everyone in this industry knows you can replace SF6; there is not a technical reason not to do it, and nor is it particularly about costs" says Louis Shaffer of Eaton, one of the leading producers of SF6-free switchgear for medium-voltage applications. However, proven alternatives for high-voltage switchgear may take longer to assess and deploy.

While we wait to see if and when the EU will increase restrictions on SF6, unless the gas is leaking, there seems no sense in removing it from existing switchgear – and certainly not at speed. Instead, it is vitally important that ongoing equipment operation and decommissioning does not let the gas escape.

The days of SF6 in modern electrical switchgear are not over but, in Europe at least, 2020 may be the year when its days are numbered.

This article was written by the Electrical Contractors' Association (ECA) and previously appeared on its website in January 2020. It can be accessed HERE.

Other articles by the ECA on Designing Buildings Wiki can be accessed HERE.

Retrieved from "https://www.designingbuildings.co.uk/wiki/SF6_-_the_greenhouse_gas_at_the_heart_of_our_industry"
Create an article