In July 2008, two months after becoming Mayor of London, Boris Johnson launched a public competition for the design of a new 21st century Routemaster bus. This followed his highly critical yet well-publicised views on the ‘bendy bus’ – the articulated, single-decker vehicle which at 18m-long, was seen by many as unsuitable for the streets of London.

The Mercedes-Benz Citaro (2002) proved unpopular with cyclists (as well as with many other Londoners) and became loved by fare dodgers. It had been introduced when the Routemaster bus had been withdrawn as it was old, expensive to run and inadequate in terms of disabled access. Although the Citaro proved to be an efficient replacement, its unpopularity, heightened by the backlash generated by Johnson and a willing press, proved to be its undoing.

The competition launched by Johnson had a single aim – to get rid of the bendy bus. “It’s not beyond the wit of man to design a new Routemaster that will stand as an icon of this city,” he proclaimed.

So, a public competition was launched at the London Transport Museum in July 2008, divided into two contests: amateurs and professionals. Despite the small amount of promotion undertaken, the competition nevertheless drew in 700 entries from all over the world including India, China and the US. The judging panel comprised executives from TfL and the mayor’s office; they announced their deliberations on 1 December 2008.

Entries came from architects and designers, as well as children and their schools. Two entries were declared joint winners – one from truck design company Capoco and the other from a partnership between Foster + Partners and car-maker Aston Martin. Both entries won £25,000 in cash. Although both designs were in many ways different, they both continued the Routemaster tradition of an open rear platform allowing people to hop on and off at will. The Foster+Partners/Aston Martin design featured a glass roof to the upper deck which was to be the Achilles heel of the design, deemed too open to solar gain.

With the competition winners established, bus and rail operator Transport for London (TfL) embarked on drawing up the specifications for the public procurement process which would establish the design, development and manufacturer of the bus. In February 2009, it announced the invitation to tender in the Official Journal of the European Union (OJEU).

TfL’s brief to tenderers required, among other things:

The firm which, through its engineering submission, won the tender to make the bus was Ballymena-based Wrightbus. However, its own design was deemed too traditional while the two competition-winning concept designs were deemed to be either too difficult to build (Foster+Partners/Aston Martin) or too cumbersome and unconvincing (Capoco).

However, during the tendering process, TfL made bidders aware that it wanted the power to nominate a design consultant to join the project, if necessary. The designer chosen was London-based Heatherwick Studio which hitherto had had no vehicle design experience. Along with Wrightbus, it would be responsible for shaping the New Routemaster. 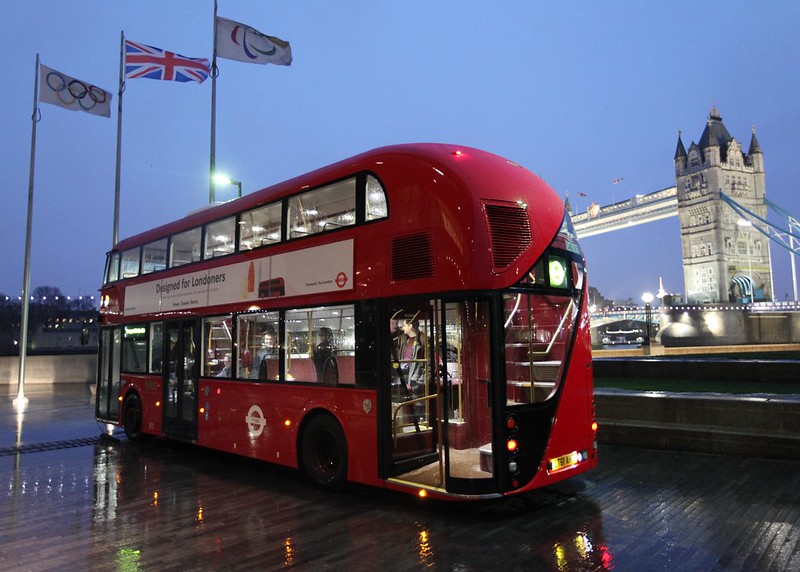 Heatherwick’s team approached the design as a piece of architecture, a slow-moving building. Its design is notable for its

TfL paid £11.3m towards the research and development costs of the New Routemaster. The cost of each bus turned out to be around £354,000 at 2016 prices, although this would reduce with the increasing number of units ordered. Having placed an initial order for 600 buses, TfL entered the first New Routemaster into passenger service in London on 27 February 2012. It was route No 38, Clapton Pond to Victoria Bust Station. 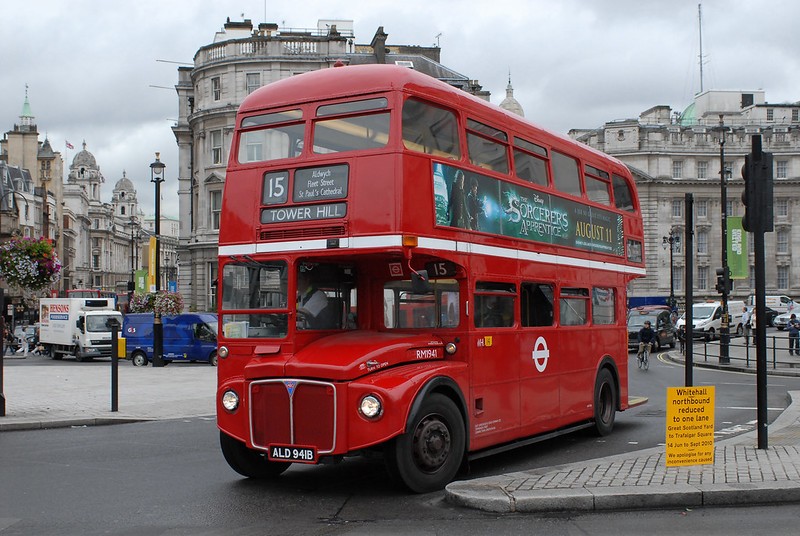 Retrieved from "https://www.designingbuildings.co.uk/wiki/Routemaster"
Create an article