Robots in the construction industry 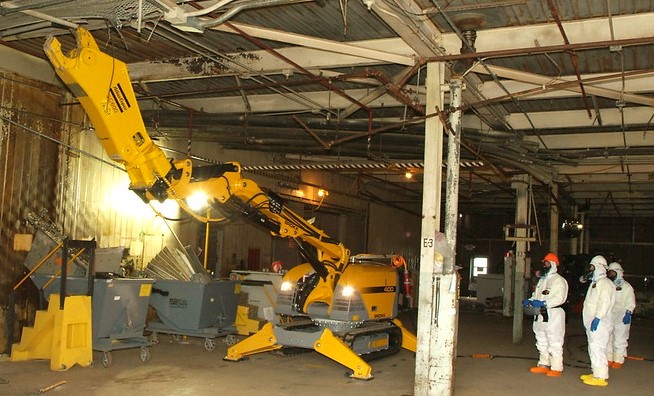 Advanced technology is changing the construction industry. The proliferation of ConTech (the intersection of tools associated with construction and technology) is having an impact on everything that is digitally connected.

Incorporating advanced construction technology into practice can increase levels of quality, efficiency, safety, sustainability and value for money. However, there is often a conflict between traditional methods and innovative practices, and this is one of the factors blamed for the relatively slow uptake of technology in the industry.

But, as technology becomes more advanced, less expensive, simpler to use and more efficient, its adoption is gradually increasing. This is particularly true in the case of robotics. Robotics relates to work executed by automated machinery. It is a form of ConTech that is typically used for repetitive tasks, dangerous tasks, heavy lifting, and so on.

Robots have been a popular subject of the creative imagination as far back as ancient Greek and Roman times. They appeared as automata (human-shaped machines that could perform certain tasks) in China in the 10th century. They also featured in the sketches of Leonardo DaVinci.

As literary inspiration, they entertained and influenced the likes of Rene Descartes, Mary Shelly, Edgar Allen Poe, L Frank Baum (who, in addition to creating a robotic Tin Woodman in his book, the Wizard of Oz, also mentioned augmented reality - the concept of an electric display that overlays data onto real life - in 1901) and Isaac Asimov (the science fiction author behind the Robot series, including I, Robot).

In film and television, robots appeared early and often, taking centre stage in Fritz Lang's Metropolis (1927) and Stanley Kubrick’s 2001: A Space Odyssey (1968). Years later, many generations of film viewers were introduced to robots R2-D2 and C-3PO in the Star Wars series of movies, graphic novels and other forms of entertainment. Robots also played a significant role in American Cold War-era television programmes like The Twilight Zone (1959 - 1964) and Lost in Space (1965 - 1968).

It was in 1954 that one of the first industrial robots, Unimate, was developed in the United States by George Devol. It was sold to General Motors in 1960 and put to work in 1961 on an assembly line in New Jersey. From that point, robotics became incorporated into production and manufacturing processes throughout the world.

Robotics is still a relatively new technology, but some experts see construction as a sector that is particularly well-suited to an automation takeover.

According to the International Federation of Robotics (IFR), there are two types of robots:

Both of these types are aligned with a wide range of tasks within the construction industry:

This sort of robotic technology may make it possible to reduce risk, lower costs and use less energy.

While some tasks will be shifted from human workers to their robotic counterparts, it will also inevitably lead to the creation of new jobs. This could include the oversight of robots along with new robot-maintenance jobs, the design and manufacture of robots and so on.

When technological advancements in building information modelling (BIM) and computer aided manufacturing (CAM) are combined with robotics and scale of production, this may lead to affordability and flexibility within systems which are not currently available.

The movement from 2D CAD to 3D BIM may enable the manufacture of entire assemblies using rapidly advancing robotic technology. However, this requires repetition and high volume to make the investment in the technology required viable. Consequently, it is most likely to be taken up in off-site prefabrication facilities for the development of repetitive building types such as those in the residential market.

There is some degree of controversy around the differentiation between the two terms - cobots and robots - due to the open interpretation of the concept of collaboration. For more, see Cobots.

Retrieved from "https://www.designingbuildings.co.uk/wiki/Robots_in_the_construction_industry"
Create an article