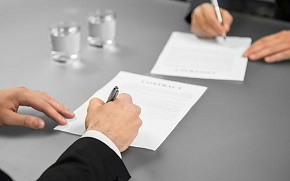 Prime contracting is a form of procurement in which the client enters into a relationship with a contractor who provides a single point of contact (prime contract) for a supply chain to deliver one or more projects.

This is one of the three procurement routes recommended by Government Construction Strategy for publicly-funded projects (where it is described as prime-type contracting), and came into favour in the late 1990s and 2000s following the recommendations of the Latham Report (Constructing the Team 1994) and particularly the Egan Report (Rethinking Construction 1998), which brought about a desire to reduce the number of suppliers that the government contracted directly. It was thought that simplifying the supply chain would result in better value for money.

Beyond this very broad definition, prime contracting is an unhelpfully vague term that encompasses a wide range of contracting methods. On the one hand, it can be used to describe a form of design and build that includes an element of facilities management, whilst on the other, it can be used to describe a long-term relationship between a client and a contractor to deliver a range of new projects as well as maintain the new estate and sometimes maintaining the existing estate.

According to Defence Estates, ‘…a Prime Contractor is one having single point responsibility for the management and delivery of a project using a system of incentivisation and collaboration working to integrate the activities of its supply chain members to achieve a project that is on time, within budget and is in accordance with the specified outputs and is fit for purpose'

The intention here is to allow long-term relationships to develop, so that effective collaborative working can evolve throughout a stable supply chain.

The Common Minimum Standards (referred to by the Government Construction Strategy) states that '...procurement routes should be limited to those which support integrated team working (PPP/PFI, Design & Build, the Prime-type Contracting approach and framework arrangements consistent with the Construction Strategy). Traditional, non-integrated procurement approaches should not be used unless it can be clearly shown that they offer best value for money – this means, in practice they will seldom be used..'.

This integration into the contract of operation and maintenance is intended to ensure better consideration of whole-life costs during design and construction.

'A report exploring procurement in the construction industry', published by The Chartered Institute of Building in 2010 states: ‘Prime Contracting is an extension of the Design and Build system. The ‘prime contractor’ will be expected to have a well established supply chain, and will co-ordinate and project manage throughout the design and construction stages. The prime contractor is paid all actual costs, plus profits incurred in respect of measured work and design staff – the main risk lies in respect of staff and the supply chain, including subcontractors.'

Despite this confusion of definitions, different forms of prime contracting have certain common characteristics, benefits and difficulties.

Prime contracting is generally only appropriate for large clients (for example, the government, and in particular the Ministry of Defence).

Generally, prime contractors tend to be large construction companies with significant resources and access to the full supply chain, although in theory there is nothing to prevent a consultant or financing organisation from becoming a prime contractor.

Prime contracting requires early appointment of the contractor, before any designs have been prepared and so tender may be based on an output-based specification. Sub-contractors may be appointed by the contractor on long-term framework agreements.

Prime contracting removes the need for client co-ordination of multiple supply chain contracts (such as separate design contracts, construction contracts, maintenance contracts and operational contracts for multiple projects), which could in itself require the appointment of external consultants.

Other benefits can include:

Prime contracts can be seen to exclude smaller companies and to stifle competition and innovation. They can become too ‘cosy’, simply adding another layer of overheads and profit, and there is even the danger of fraud. As a consequence, projects must be clearly defined at the outset, and carefully controlled throughout. Strategies might include:

Retrieved from "https://www.designingbuildings.co.uk/wiki/Prime_contract"
Create an article