The west side of Norway is made up of 1,190 fjords, which, while beautiful, make it very hard to travel along the country’s coastline.

Currently, the drive from the southern city of Kristiansand to Trondheim in the north takes 21 hours and requires seven ferry crossings.

To make that drive easier, the Norwegian Public Roads Administration (NPRA) has proposed the world’s first underwater floating tunnel, which would be submerged in the Norwegian Sea. It is predicted to cost $25bn (around £19m) to build.

The tunnel is part of a series of proposed solutions for the Route E39 coastal highway devised by the NPRA.

The floating underwater tunnel would consist of two 1,220m-long concrete tubes, submerged 20m below the surface of the Norwegian Sea. 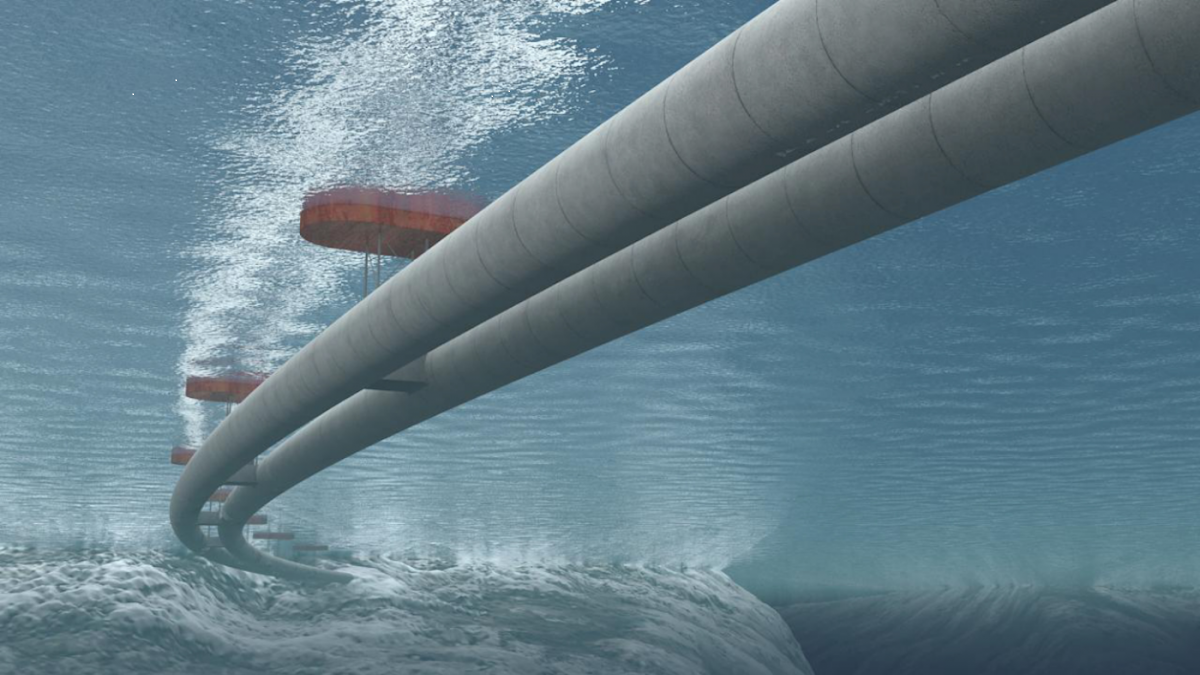 Although no floating underwater tunnel like this has ever been built before, a British patent for a similar structure dates back around 100 years. 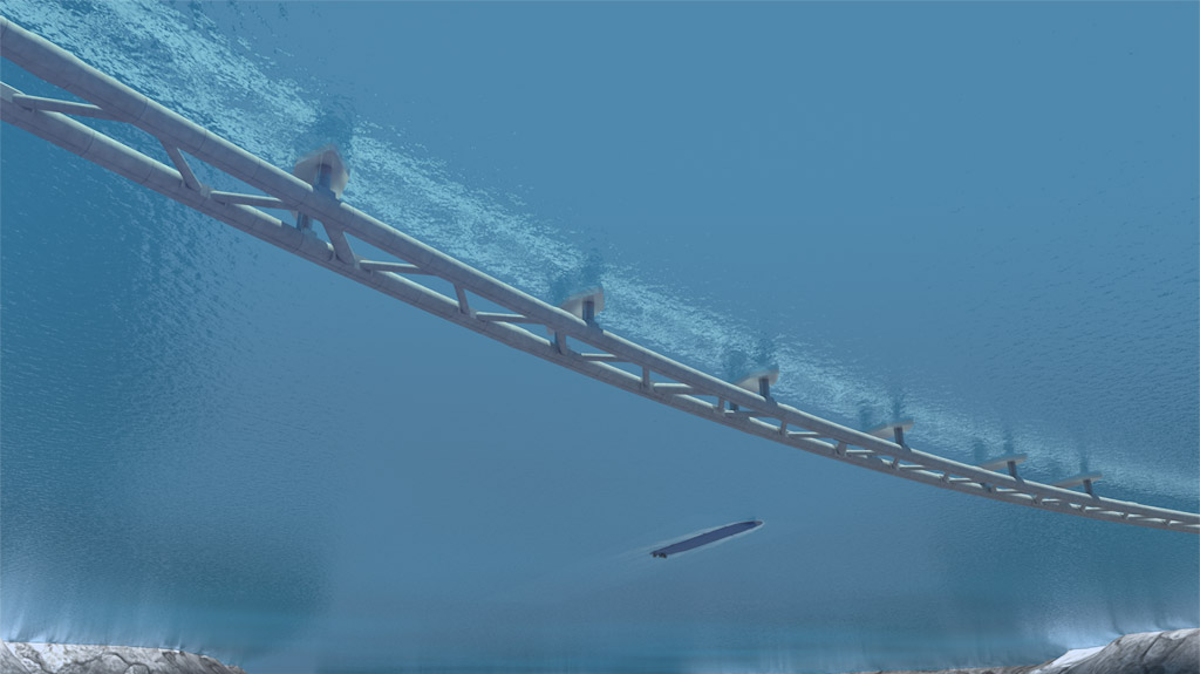 Underwater tunnels could be put in place across the fjords from Kristiansand in the south of Norway to Trondheim in the north. 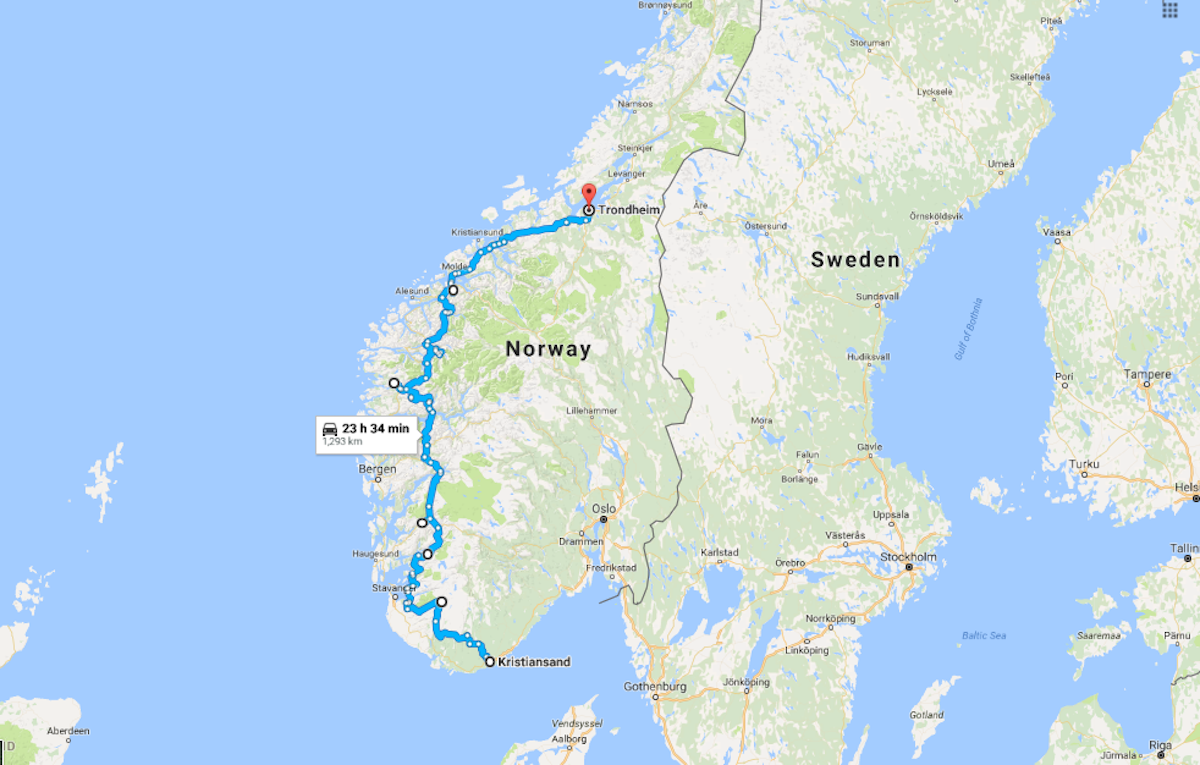 For motorists underwater, the experience would be similar to being in any other tunnel. 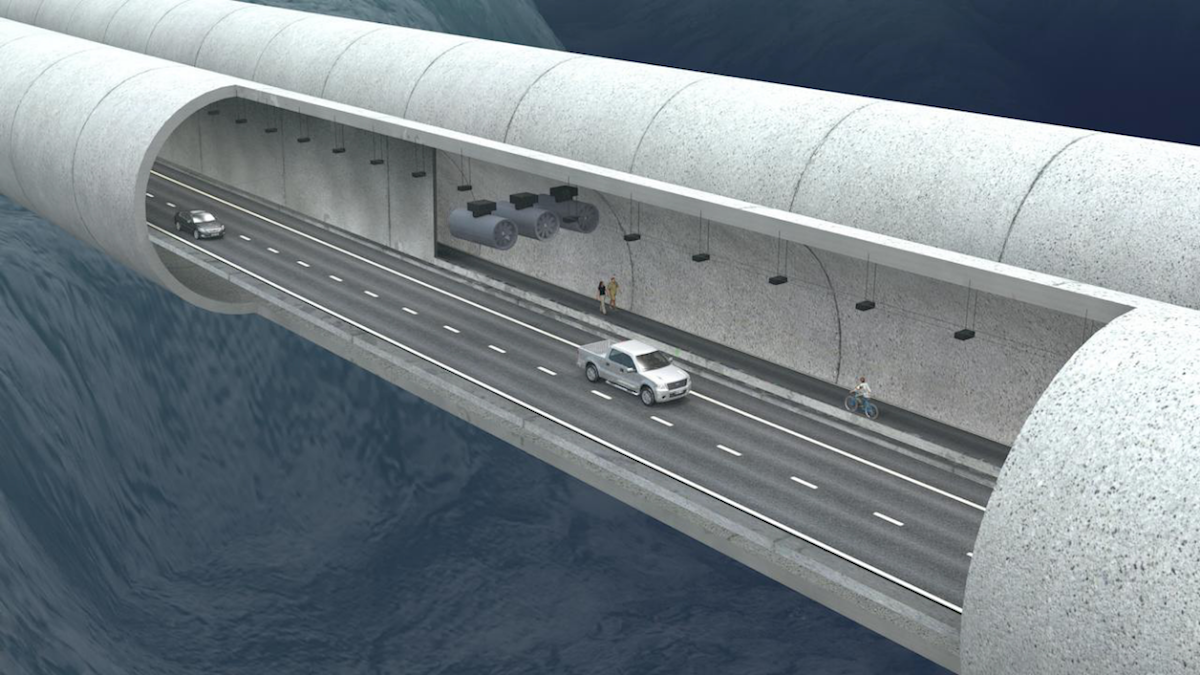 The tunnels would enter the bedrock beneath the fjord on each side. 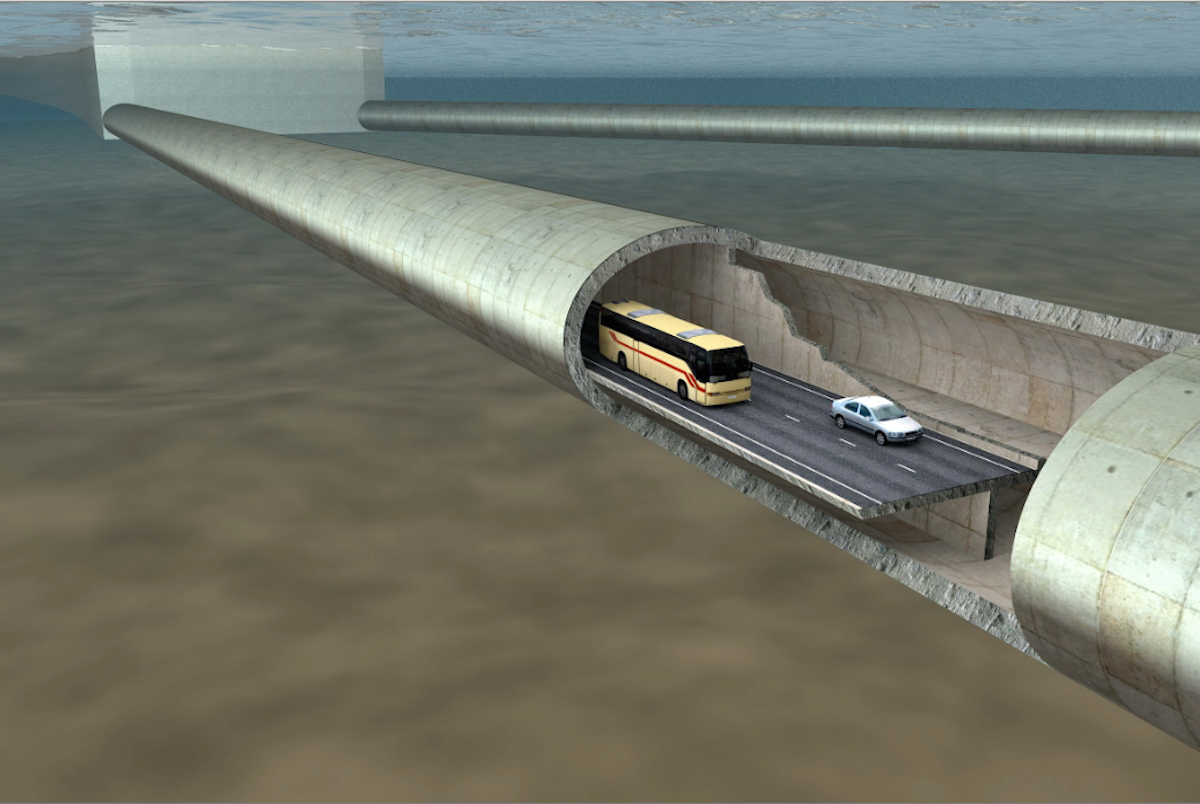 The submerged tubes would be steadied either by being attached to floating pontoons on the surface of the sea or by cables attached to the sea floor.. 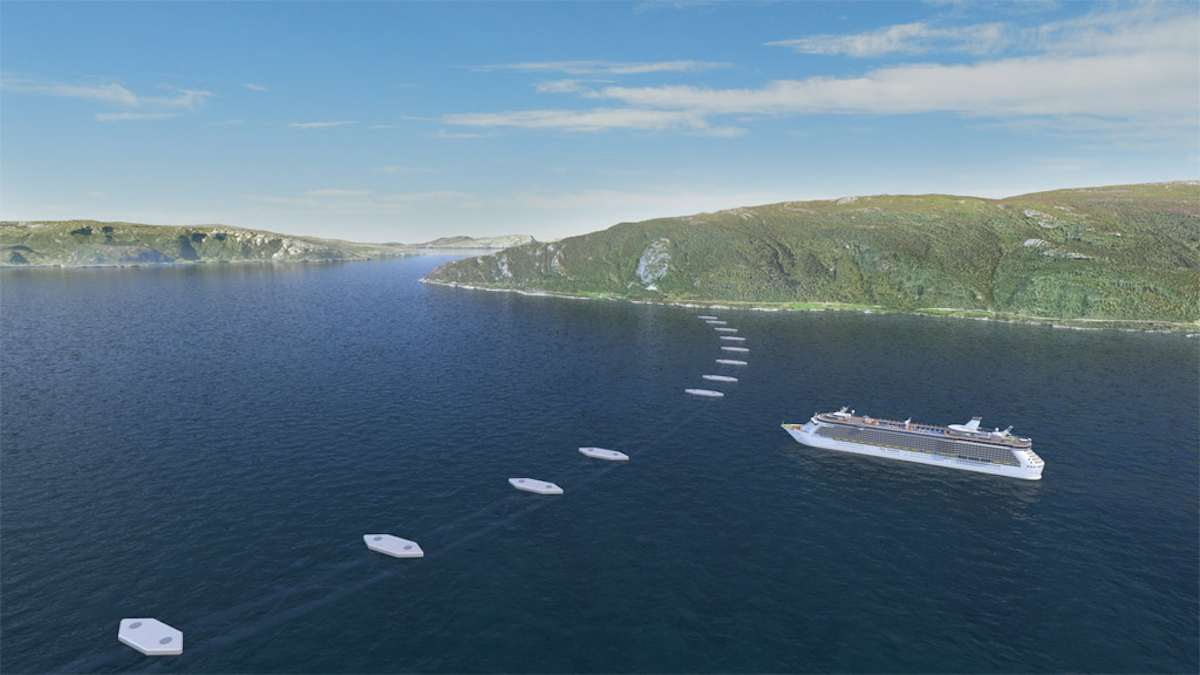 There would be wide gaps between the pontoons to allow ferries to pass through. 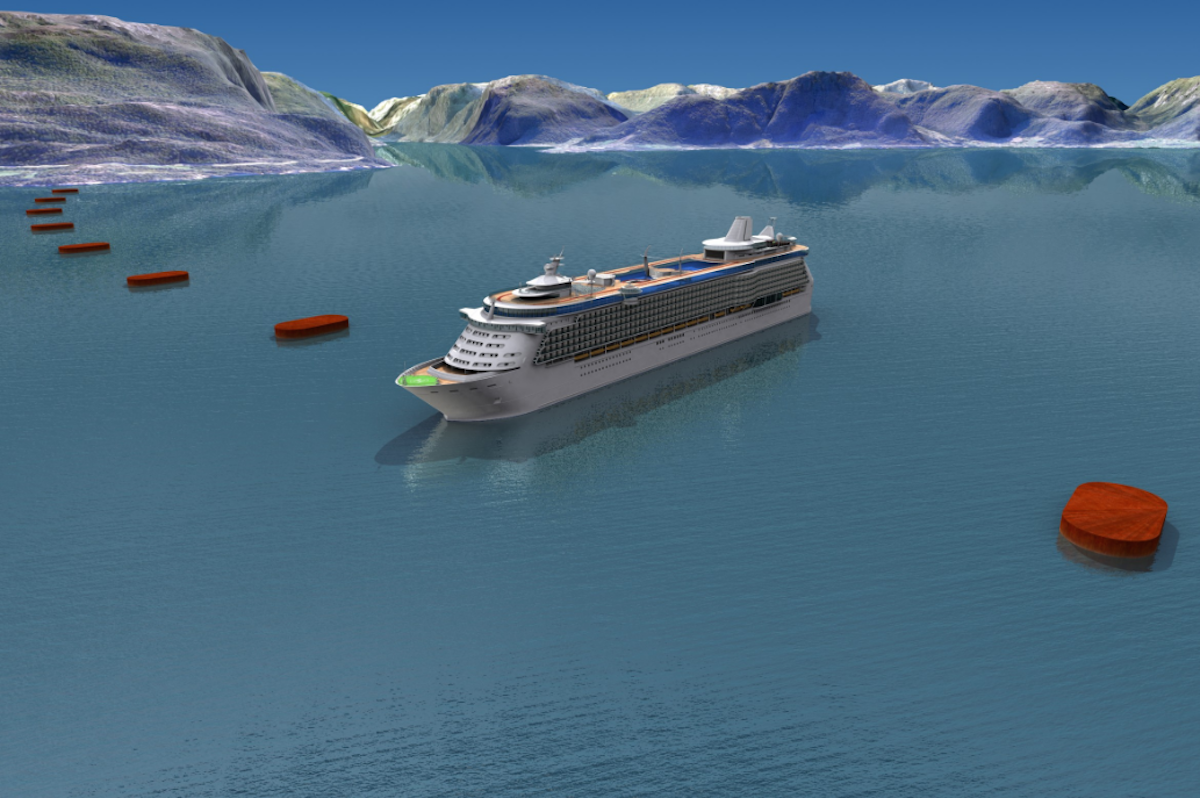 Another option suggested by the NPRA is to combine an underwater tunnel with a bridge. 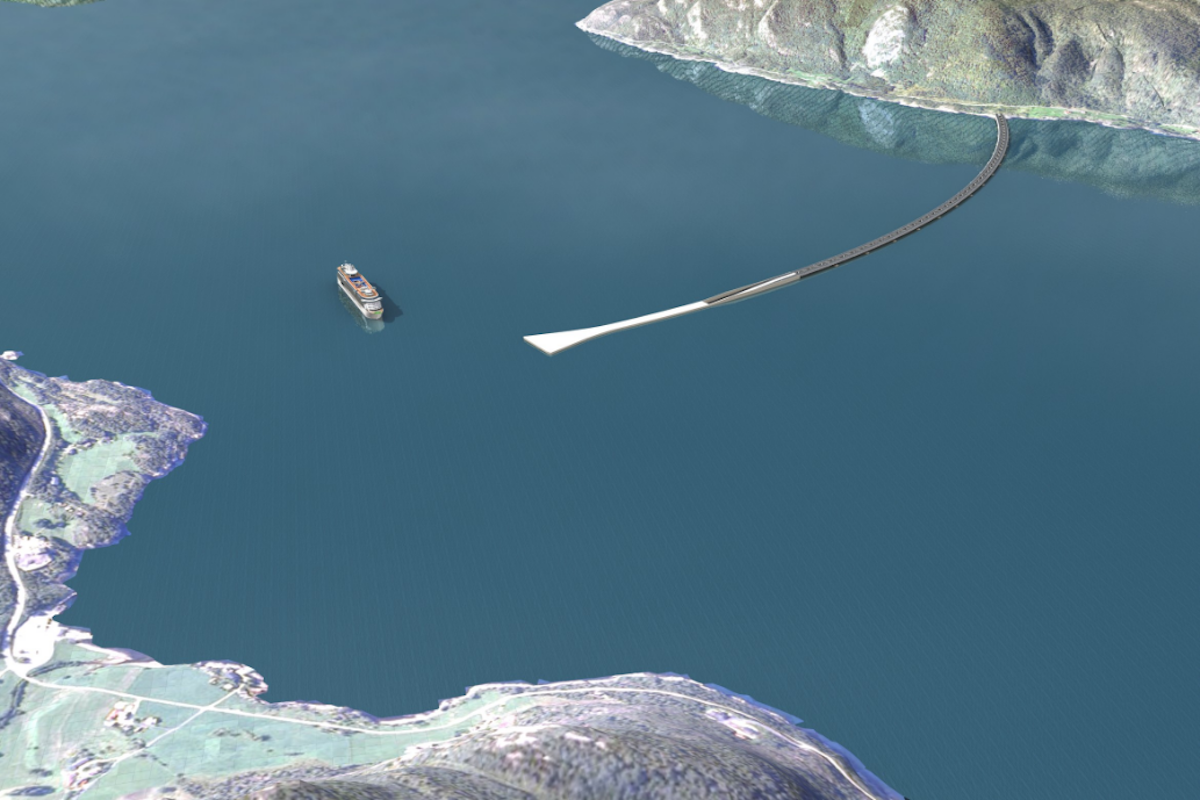 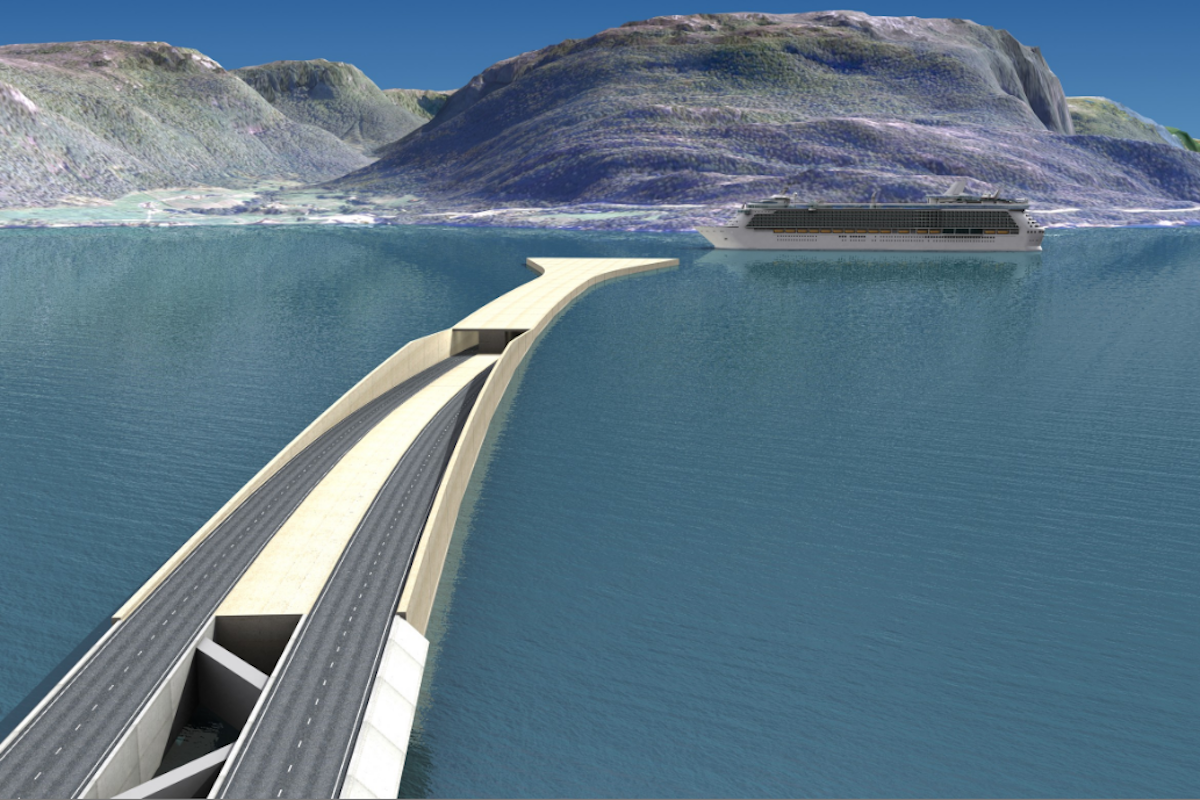 The NPRA is also considering creating a 3,700m-long suspension bridge, which would be three times the length of San Francisco’s Golden Gate bridge and double the current world record for a bridge’s length. 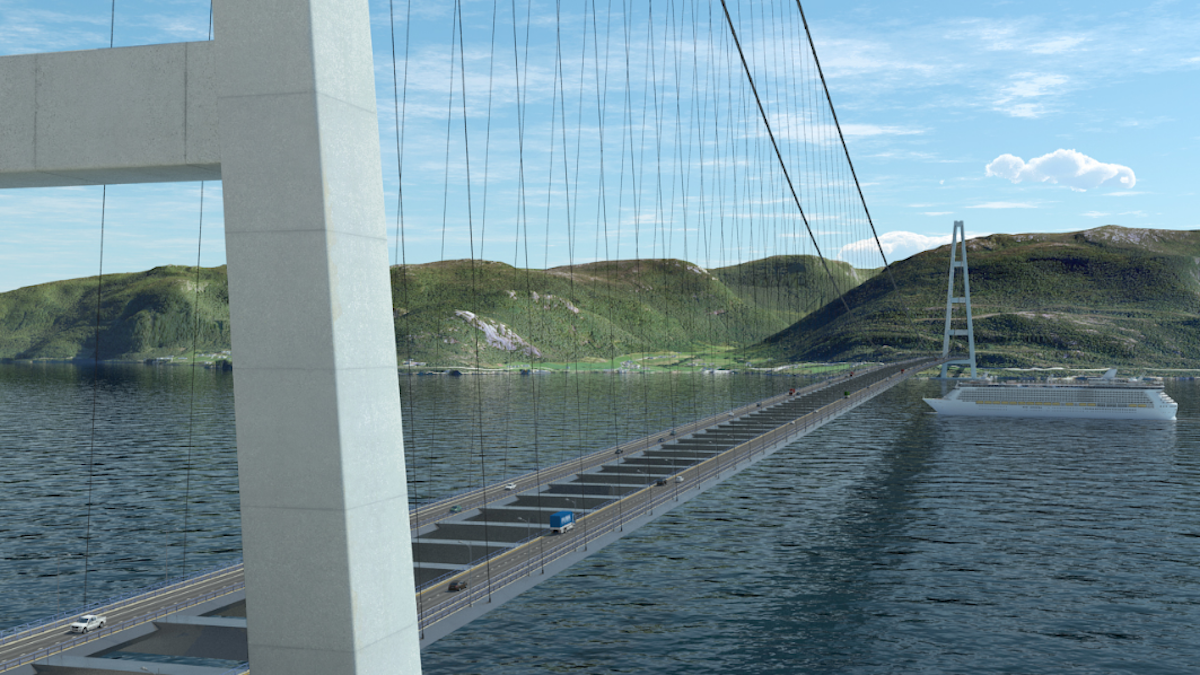 The towers on each end of this world-record-breaking suspension bridge would stand at 450m tall — around 150m taller than the Eiffel Tower. 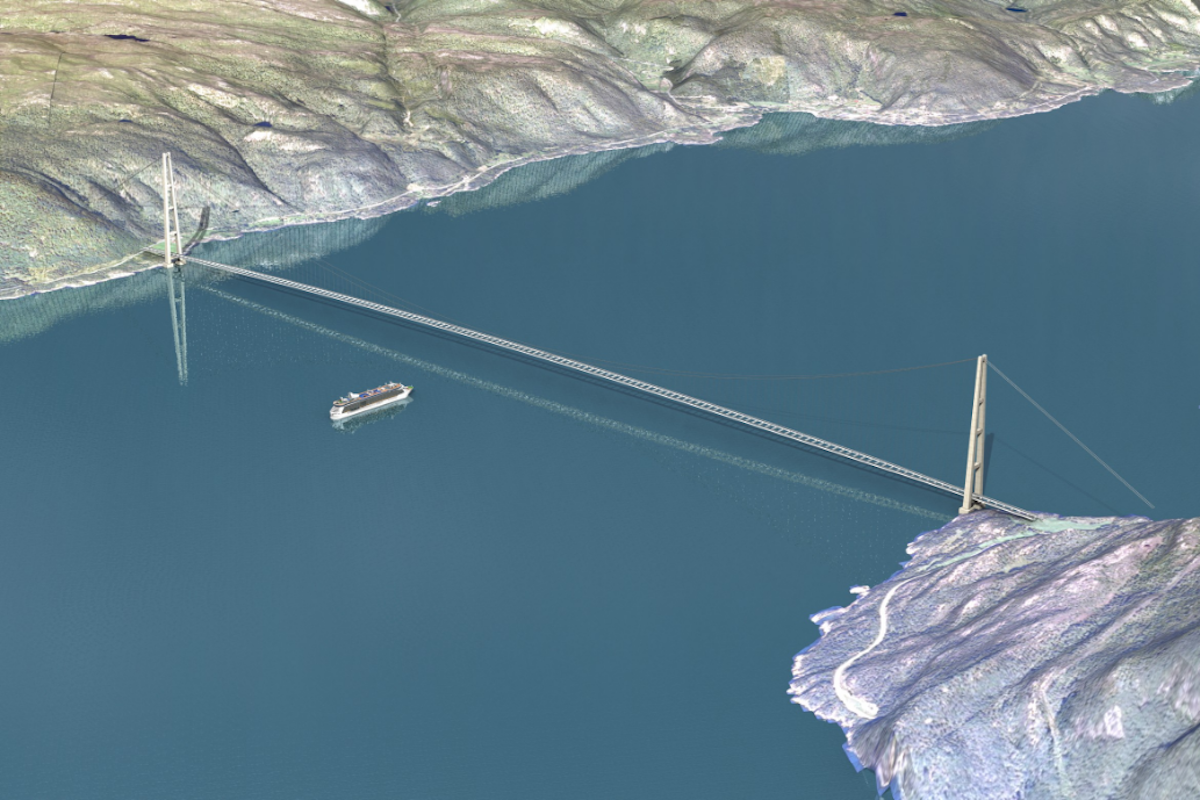 The first proposed crossing is for Sognefjord which links up Oppedal with Lavik. By 2035, the crossings are set to be installed between many of the country’s fjords, according to Wired. 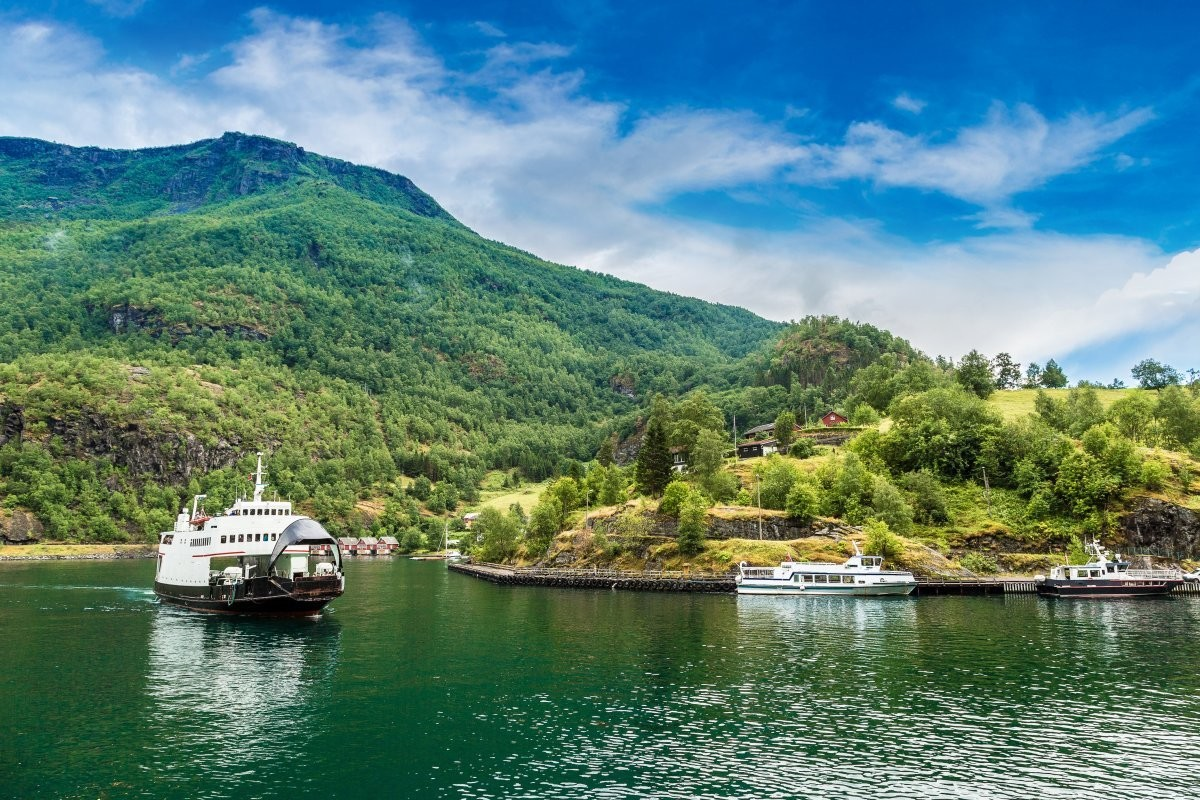 This article was written by Will Heilpern, Features Writer, Business Insider, and is published in collaboration with Business Insider. The views expressed in this article are those of the author alone and not of the World Economic Forum. It was also published on the Future of Construction Knowledge Sharing Platform and the WEF Agenda Blog.

Retrieved from "https://www.designingbuildings.co.uk/wiki/Norway_could_build_world-first_floating_tunnel"
Create an article