Excavators are a common item of plant that can be used on construction sites to excavate and load most types of soil. Before beginning excavation works, there must be a plan for the areas that require excavating as well as where the excess material will be stored.

Very broadly, types of excavating plant can be categorised as:

Generally, the choice of excavating plant will depend on:

These are tracked machines with a slewing capacity of 360-degrees, capable of adapting to a wide range of different requirements. The typical bucket size is 1 m3. 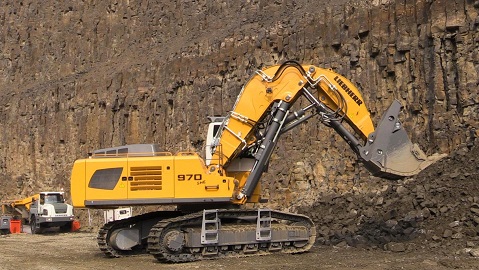 Face shovels are characterised by a boom and bucket arm that extends and swings upwards from the front. It can be used to excavate any kind of soil, including rock that has been loosened by blasting. It is usual for an additional haulage vehicle to be required for spoil removal, as well as a low loader transport lorry for travelling between sites. Face shovels are limited to an excavation depth of 300-400 mm below their own track or wheel level. 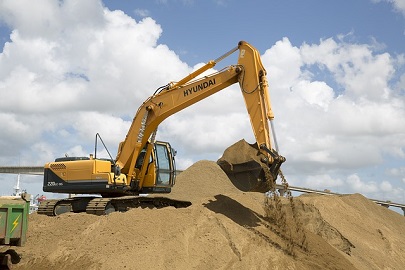 A backacter is fitted with a boom and bucket arm or a dipper arm that excavates downwards. They are most suited to trench, foundation and basement excavations. The depth of the dig can be up to 6-7 m, although arm extensions can be added if further depths are required. In excavation operations where the bucket width is equal to the trench width, increased accuracy and high productivity rates can be achieved. 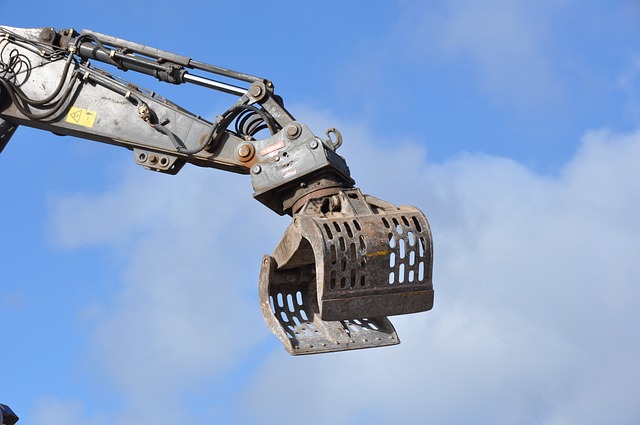 Hydraulic clamshells are used in situations that are too difficult for a backacter, such as dredging and caisson sinking. They are suited to excavating very loose soils, as the bucket grabs and lifts rather than scoops and lifts. 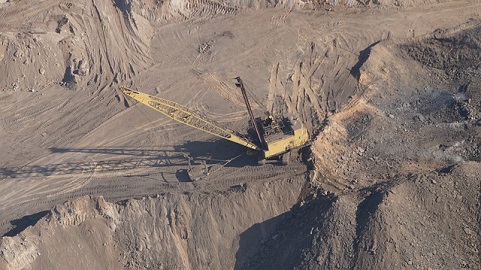 Draglines are fitted with a basic crane jib which uses a rope or chain to control a drag bucket which is swung out to the excavation position and hauled or dragged back towards the power unit. It is best suited to bulk excavation in loose or waterlogged soils below its own track level.

Also known as a skimmer, a trenching machine is used for excavating long trenches, such as those necessary for pipelines. They will normally dig trenches 0.25-1.5 m wide and up to depths of 3 m, where a high degree of accuracy is required. The machine moves forwards when excavating with buckets either mounted on a wheel at the front, or on a chain which is carried by a jib. 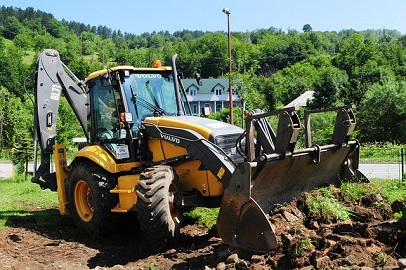 These are the most common ‘JCB digger’ machines, intended for small to medium-sized excavation works. They are fitted with loading/excavating front buckets with widths up to 2 m and a rear backacter bucket that has a 180-degree arc of operation. Both are hydraulically controlled by the operator/driver. Use of the backacter bucket requires that the machine is raised off its axles using rear-mounted hydraulic outriggers or jacks.

The machine is flexible in that it can be fitted, usually on the backacter dipper arm, with a variety of bucket widths and attachments such as bulldozer blades, scarifiers, grab buckets and post-hole auger borers.

Retrieved from "https://www.designingbuildings.co.uk/wiki/Excavating_plant"
Create an article