The Code of Estimating Practice was originally published by the Chartered Institute of Building (CIOB) in 1996. It went on to become a highly-respected industry resource, providing an authoritative guide to the principles of, and good practice in, estimating for building work for those involved in procuring and pricing construction works, both in the public and private sectors.

It presents estimating as part of the wider process of commercial management for construction businesses. This is not simply a matter of winning a bid - if the bid is successful, the estimate goes on to form the basis of the contractor’s budget and cost management strategy.

The seventh edition was published in 2009 and included new material on estimating strategy, tendering, procedures and best practice, as well as the build-up of unit rates of cost, overheads and profit, and e-commerce. 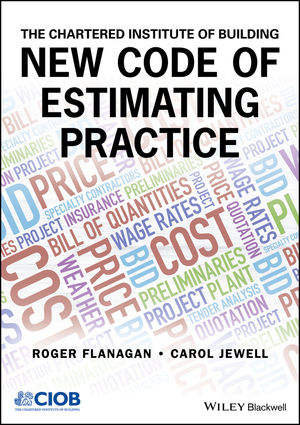 This new version has been completely rewritten to include more contextual and educational material, and now covers:

Retrieved from "https://www.designingbuildings.co.uk/wiki/New_code_of_estimating_practice"
Create an article