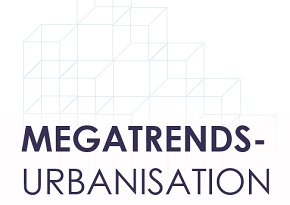 In December 2017, BSRIA launched a report on ‘Megatrends – Urbanisation’, highlighting the major forces shaping the world in which we live and do business.

In 2015, McKinsey published 'No Ordinary Disruption', which examined 'The Four Global Forces Breaking all the Trends', identifying key trends already impacting on almost every society:

The UK’s Office of National Statistics defines 'urban' as those built up areas with a population of more than 10,000. In the UK today this counts as a small town, however, in some regions of the world this would amount to a 'substantial settlement'.

Since 1950 there has been a massive global movement towards urbanisation. In 1950, fewer than 30% of the world’s population lived in urban areas. By 2010, this had reached 50% and by 2050, it is forecast to exceed two-thirds. This represents one of the biggest and fastest human movements in history. Clearly, society is changing, but what does it mean for our industry?

“While there has been a lot of talk about urbanisation, in this report we are focussing especially on what it means for the building services industry.

"The world is going to carry on getting more urbanised even in countries like the UK which are already very urbanised. Socially and economically this is a very double-edged sword. In poorer countries – cities can act as engines to create wealth. Big cities can provide a concentration of people with the right skills, education and connections to drive the economy forward.

"In richer countries, however, cities often carry with them their own social problems. In countries like the UK, crime tends to be higher in urban areas.

"You might think that urbanisation inevitably leads to more cramped living conditions, but evidence from across Europe shows that some of the most densely populated countries like Belgium and the Netherlands actually have bigger homes on average than the UK, so there is a definite lesson to learn there.

"While we often think of cities as being dirty and polluting, well managed cities can actually save energy and improve the environment. People are more likely to be able to walk or cycle to work or use public transport and ‘greener’ forms of heating like district heating are more likely to be viable.

"Cities also have an important social and political impact. For example, urban populations tend to be younger. This is partly an acknowledgement of the fact that in cities it is easier to provide the education, the jobs, the entertainment and social and cultural life that younger people tend to look for. If, in contrast, rural areas tend to have an older population, then services need to be provided there to meet the needs of older people. This includes, not just health and social facilities, but also better transport for people who may have given up driving.

"There is also a political dimension. In countries like the UK and the USA the big cities often have different political priorities to the more rural areas, priorities which relate to social attitudes at least as much as income. If we are not careful, this could lead to an increasing political and social divide between town and country.

"Smart technology and the Internet of Things (IoT) is having a growing impact on cities and providing a wealth of information that can be used to run cities more safely and efficiently, notably in areas like transport and security, though of course the IoT brings with it its own security risks which need to be addressed. It also means that cities will be talking more to their component parts, such as the buildings within them.

"While parts of the world are seeing the emergence of megacities, with populations of over 20 million, overall we found that there was no one ‘optimal’ size for a city. On the contrary there are pros and cons to different sizes and it is the quality of a city’s governance and leadership and the ability of different groups to co-operate together that matters most.

"All of this is exciting, but can be confusing. We hope that this report and the ones in preparation will help BSRIA’s members, customers and partners to develop a strategy that will enable them to emerge as winners from this trend.”

The 'Megatrends – Urbanisation' report is available (as a free copy) in combination with the purchase of additional BSRIA studies.

Retrieved from "https://www.designingbuildings.co.uk/wiki/Megatrends_-_Urbanisation_report"
Create an article