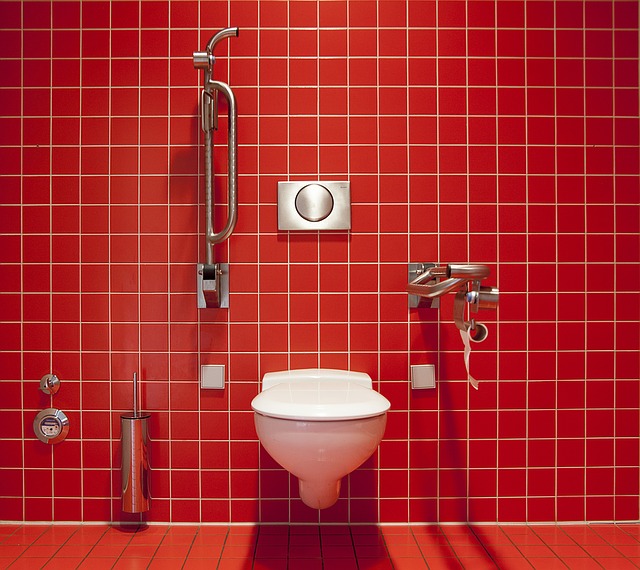 In modern usage, the term ‘lavatory’ (UK pronunciation: ‘lavah-tree’) describes a room or cubicle containing sanitaryware or other receptacles for the passing of human waste. The sanitaryware will usually be connected to a public drainage system.

When used to describe a room, a lavatory may also contain other sanitaryware, such as a bath, shower, urinal or bidet. Other ancillary facilities may typically include wash-hand basins, hot air dryers, towels and mirrors.

Historically, a lavatory was a cistern or trough where the inmates of monastic establishments could wash their hands and faces, as well as their surplices and vestments.

In southern Germany, lavatories took on grander functions that resembled those of baptistries. They would be either square or octagonal chambers to the side of a cloister and would have a series of water troughs for washing arranged around a fountain located centrally in the room.

The term lavatory was also given to a ‘piscina’ – a drain that was originally connected to Roman aqueducts but which later was applied to a stone basin near a church altar.

Legal requirements for sanitary conveniences, washing facilities and bathrooms are set out in Part G of the building regulations, with solutions to common situations described in Approved Document G (Sanitation, hot water safety and water efficiency).

NB The Scottish Building Standards, Part I. Technical Handbook – Domestic, Appendix A Defined Terms, defines a toilet: ‘…an enclosed part of a storey which contains a watercloset, a waterless closet or a urinal, which are properly installed for use.’

Quite informative. It’s good to know more about the lavatory from reading this piece of content before we finally proceed with the construction. Thanks!