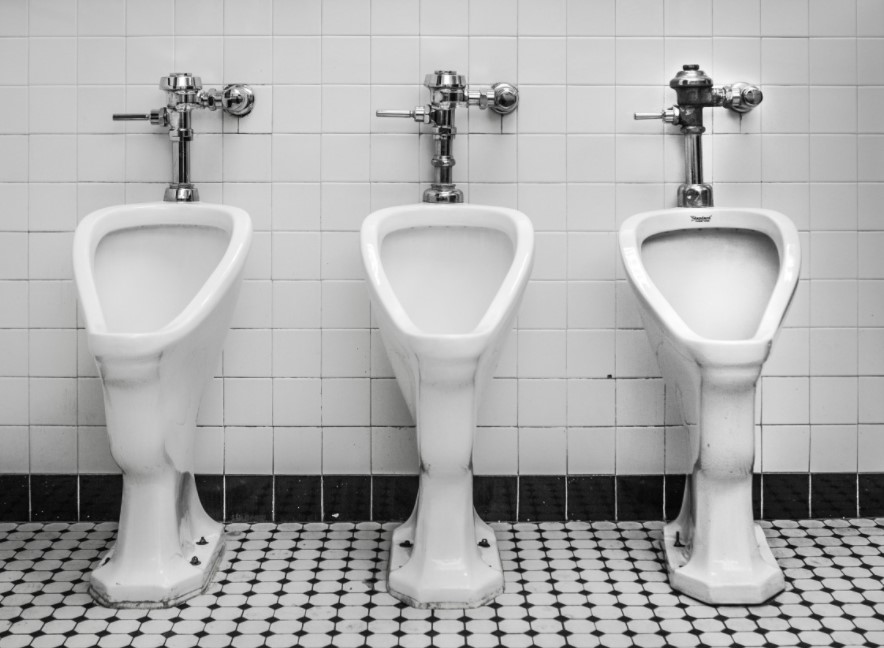 A urinal is a sanitary plumbing fixture designed for urination only. It is typically used in the standing position.

Urinals are most frequently placed in male public toilets, in particular those found in commercial or institutional settings. However, some homeowners have opted to instal urinals as a method of saving water. Female urinals are available, although they are not as popular or common.

While public toilets and trough urinals go back to ancient times, the first pissiors (also known as a vespasienne) were introduced in Paris in the 1830s. These simple outdoor structures were meant to reduce public urination in the streets. The enclosed booths offered varying levels of privacy and were only meant to be used by men. 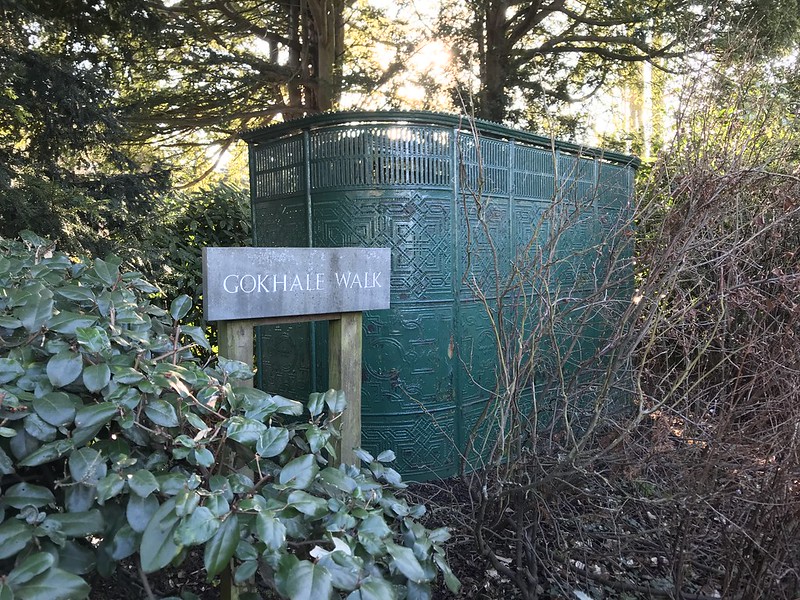 The popularity of pissiors spread to other parts of Europe. In the Netherlands and the UK there are still several street urinals in cities.

Some modern adaptations of street urinals now disappear underground during daylight hours only to emerge in the evenings. 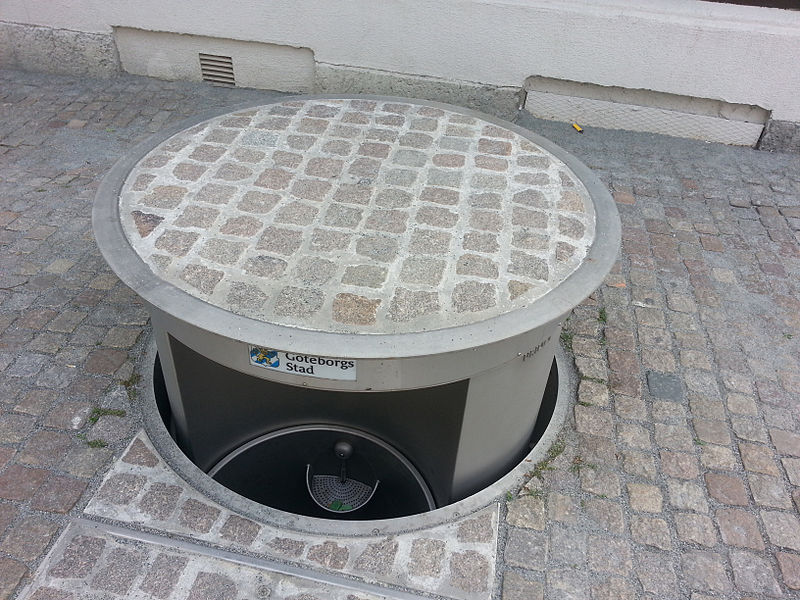 In some locations, older disappearing urinals have been replaced by self contained non-gender specific street toilets (which may also disappear underground).

In 1866, Andrew Rankin patented the first upright flushing urinal. The devices became popular during the industrial revolution as factories - and populations - grew in American cities.

The urinal required less space, so several could be installed in a small area in the factory. The urinal was also thought to improve productivity, since workers tended to take less time using a urinal than a toilet.

Modern urinals are produced for users of different heights and mobility requirements. Some extend to the floor to serve the same purpose.

Trough urinals - rather than individual units - are sometimes found in buildings (such as entertainment facilities, sporting venues, convention centres and so on). These accommodate large numbers but lack privacy. 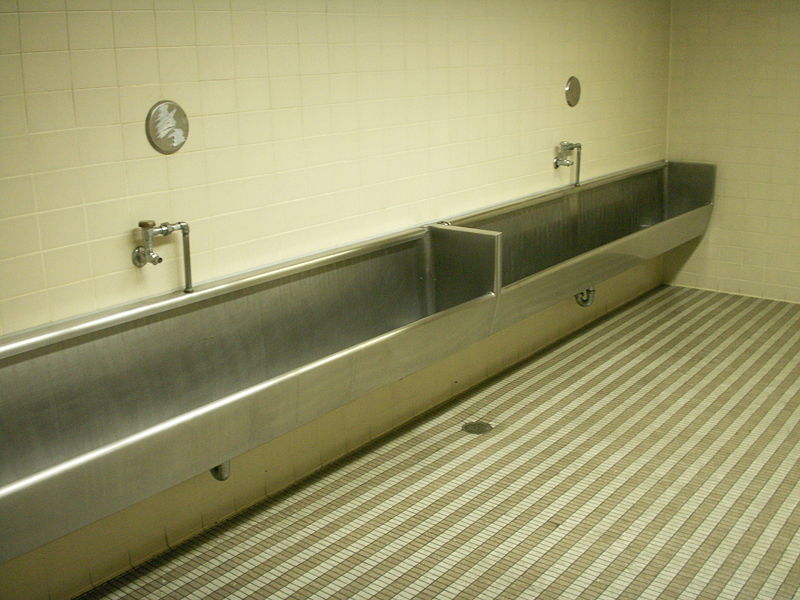 For more privacy, individual urinals are separated by dividers, although they would not typically be placed inside toilet stalls.

For purposes of sanitation, many public urinals have some type of guard device to prevent solid matter from blocking pipes. The guard may also have a deodorising urinal cake to help minimise odours.

There are several flushing options for urinals. These include:

The urinal has a button, lever or foot pedal for users to activate the flush. A dual-flush handle uses half the water when pulled up. This is an older flushing technique that was popular in the United States.

Timed flushes occur at regularly scheduled intervals. To prevent water being wasted for unnecessary flushing, this option is sometimes controlled by an electronic sensor that can activate after the urinal has been used. There are some sensors that are activated by the light switch in the room; there are also passive infrared sensors that detect the presence of a user and activate when the person is no longer there. Manual override options for automatic flushing systems are also available.

This is another method of automatic flushing that is activated only after the urinal is used. In this system, a switch is installed in the frame of the door and activates on all of the urinals whenever the door opens. There are also door regulated flushing systems that can be programmed to count the number of users and then activated when that number has been reached. 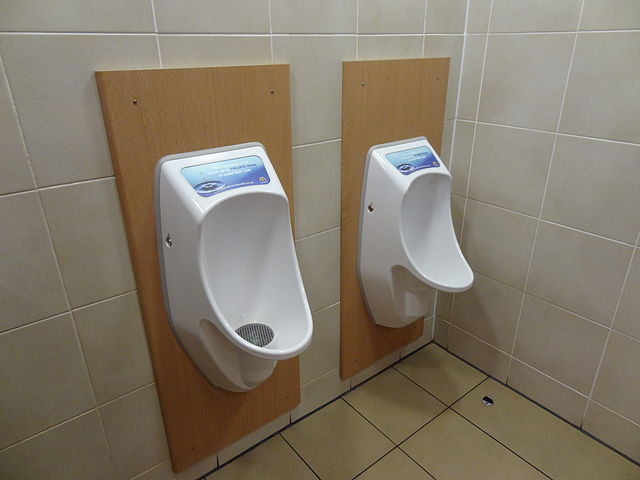 These devices capture the urine in a trap where it is dealt with in one of several ways:

The Workplace (Health, Safety and Welfare) Regulations 1992, Regulation 20, provides guidance regarding the need for urinals in public facilities. It states that “Suitable and sufficient sanitary conveniences shall be provided at readily accessible places.”

The approved code of practice provides the minimum numbers of facilities:

The number of people at work shown in the first column refers to the maximum number likely to be in the workplace at any one time. These are pre-pandemic recommendations.

Retrieved from "https://www.designingbuildings.co.uk/wiki/Urinal"
Create an article