Laser scanning is a method of collecting surface data using a laser scanner which captures the precise distance of densely-scanned points over a given object at rapid speed. The process is commonly referred to as a point cloud survey or as light detection and ranging (LIDAR, a combination of the words 'light' and 'radar'). It can be used to generate 3D imagery that can be converted for use in 3D computer aided design (CAD) modelling or building information modelling (BIM).Instrumentation comprises high-speed lasers with an integrated camera using colour coding mounted on a tripod. Typically such instruments operate up to a range of 180 metres and at speeds of up to 990,000 points per second.

Laser scanning has proved to be much quicker, more accurate and cheaper than conventional survey measurement. The accuracy of the process depends on the steadiness of the instrument base and the distance from the object. Close range objects achieve sub millimetre accuracy. For normal terrestrial survey work + or – 2mm per 100m is a good guide to accuracy. Greater distances of 2 kms may be accurate to + or – 50mm.

[edit] Use in property and construction

Laser scanning provides a robust method for surveying inaccessible surfaces as well as complex geometry. All the major providers of CAD 3D modelling and BIM software have built compatibility that allows their systems to import the point cloud data into 3D visual graphic material.

The use of helicopters and drones with laser scanning has become a recognised method capturing the exact detail of topography, existing structures and townscapes. 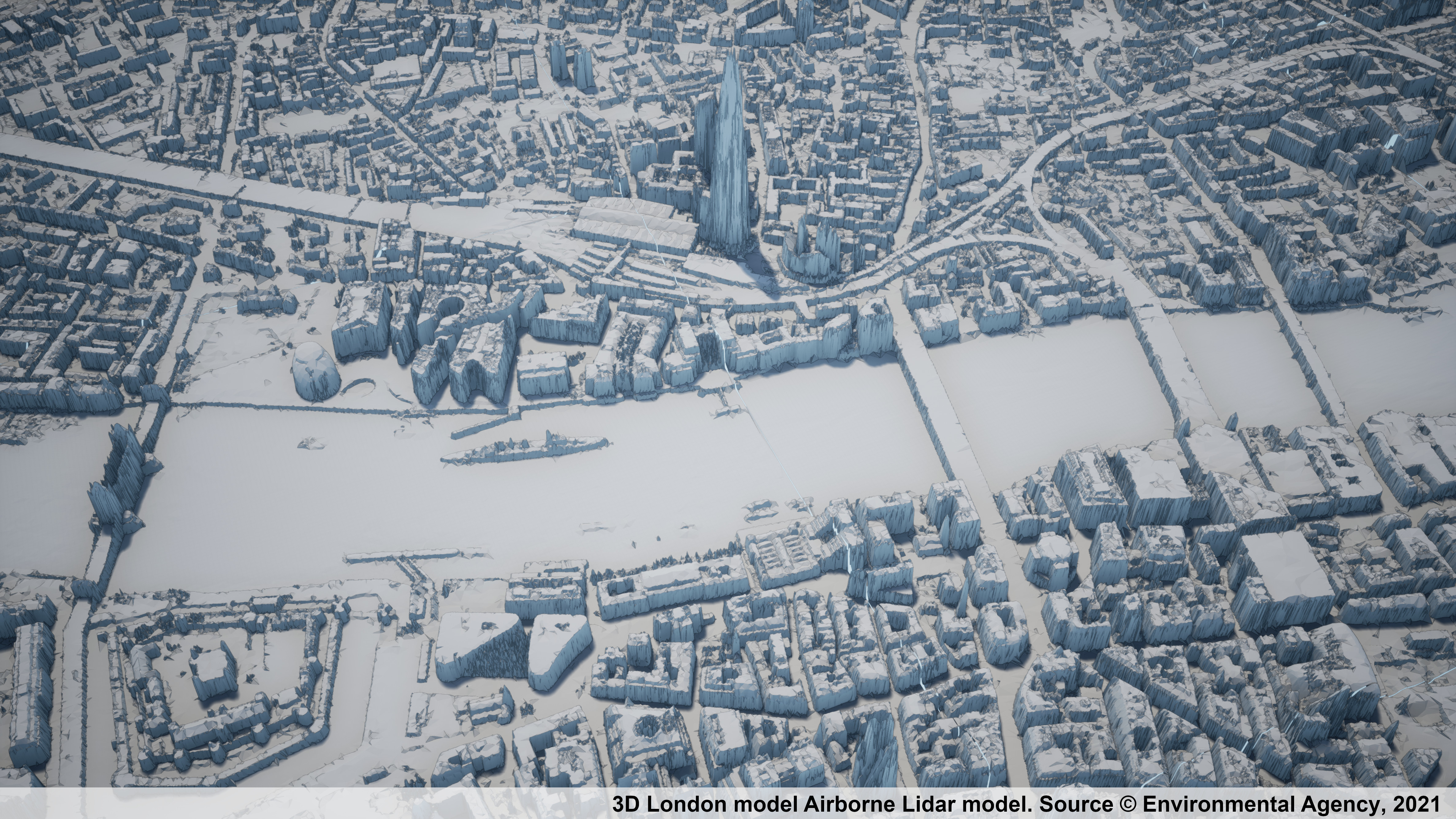 LIDAR has been extensively used for surveys from moving rail bogeys and road vehicles.

The instruments can operate at night when the targeted surfaces are less obstructed by people although such imagery will be seen in black and white only. Night time operation can produce greater accuracy.

It is possible in the future that LIDAR technology will be used in conjunction with 3D printers to manufacture and replace building components, resulting in savings in the storage of spares for maintenance.

During construction, progress photographs may become a thing of the past. LIDAR will give instant and accurate 3D visual comparisons between anticipated planned progress and actual progress. This in turn might be linked to interim payments for contractors.

LIDAR may become the most effective and most accurate way to record as-built information.

All the large UK survey companies and many of the major UK contractors have trained their staff to use this technology and over 7,000 people are members of the Laser Scanning Forum, established in 2007 to help promote terrestrial laser scanning.

Retrieved from "https://www.designingbuildings.co.uk/wiki/Laser_scanning_for_building_design_and_construction"
Create an article