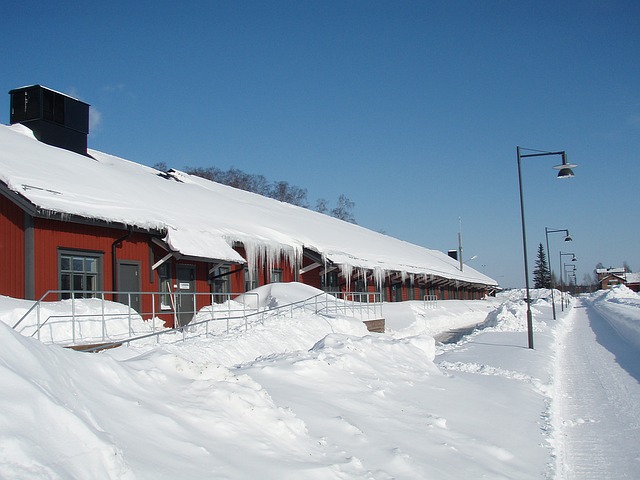 Frost attack is a physical process which can have deleterious effects on building materials due to the repetitive cycles of freezing and thawing. It falls under the umbrella term ‘weathering’ and is also referred to as ‘frost action’, ‘freeze-thaw’ or ‘thaw-freeze’ cycles.

Frost attack can be damaging because some building materials (notably those that are course-grained) can allow water to enter their interstices. As water freezes in low temperatures, it undergoes a volumetric expansion of around 9%. If this expansion cannot be accommodated by the material, the pressures created can result in disintegration. The process is almost can be accompanied by unsightly deterioration of the surface.

Frost action is more likely to occur in cold, damp or wet environments where surfaces are likely to remain saturated for long periods and where temperatures frequently fluctuate above and below freezing point e.g warmer in the day and colder at night. The freeze-thaw cycle is based not only on the amount of moisture present in a material or the low temperatures, but also on the relative humidity of the surrounding air.

The parts of a building that are more prone to saturation and frost action are those that are more exposed to the elements (ie not sheltered from wind-driven rain) and are more often saturated, such as on the upper reaches of a building, in parapets and freestanding walls. Also vulnerable are areas of brickwork near to the ground and below the damp-proof course (DPC), as are areas that are continually damp as a result of a missing or faulty DPC, drainage problems, leaks and so on.

Clay brickwork and paving may be vulnerable to frost attack but this will depend on the type of clay – most brick types are frost resistant if properly installed. When water penetrates a brick that is not classed as frost resistant, repetitive cycles of frost action can cause the face of the brickwork to blow off, a process that is known as ‘spalling’ or ‘blowing’. Engineering bricks, with their smooth, hard surfaces can usually resist this process.

In parapets and freestanding walls – which are almost always more exposed than other brickwork – the omission of a damp-proof course below the coping or capping can allow water penetration deep into the wall body, allowing large bands of wall to remain saturated and so be more prone to frost attack.

Mortar is also subject to frost attack, in particular when used in conjunction with a hard, low water absorption brick which concentrates more surface water on to the joints.

Frost action can also have long-term consequences on sedimentary stones, in particular on those that are relatively porous, such as Bath stone, some limestones and many sandstones. Some traditional techniques can be used to delay the onslaught of the process. This includes laying the stone (or stone cladding) in its ‘natural bed’, ie, the way it lay in the quarry: a block laid on its side will be far vulnerable to wind, rain and frost attack (a process called ‘flaking’).

Concrete paths may crack and spall as a result of frost attack. This may be the result of a weak mix or the incorporation of pockets of air where moisture can accumulate. A strong mix that is well compacted may prevent the phenomenon from occurring, as may paving slabs and blocks that are frost resistant.

Retrieved from "https://www.designingbuildings.co.uk/wiki/Frost_attack"
Create an article