Bonding is the arrangement of bricks in a structure such as a wall or column.

Bricks are typically laid to an offset pattern to maintain an adequate lap between joints from one course to the next and to ensure that vertical joints are not positioned above one another on consecutive courses. 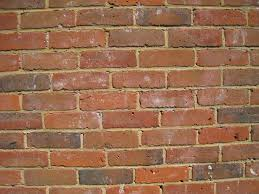 The most commonly used bond in the UK, a pattern is made only using stretchers, with the joins on each course centred above and below by half a brick. This type of bonding is not particularly strong.

A variation is the raking stretcher bond. The overlap between bricks is usually a third or a quarter of a brick, instead of half a brick. 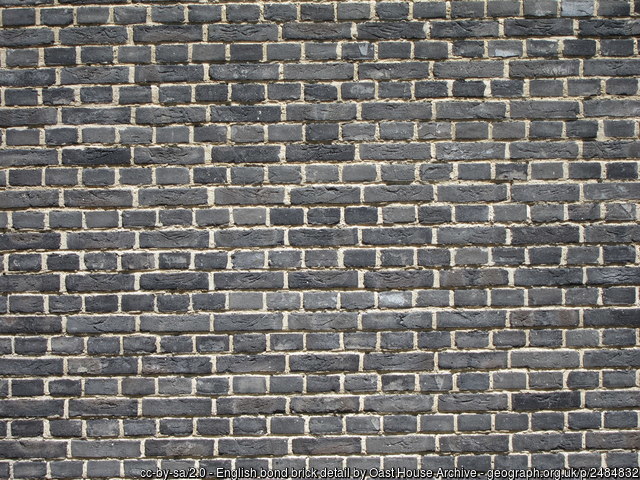 This is a pattern formed by laying alternate courses of stretchers and headers. The joins between the stretchers are centred on the headers in the course below. This is one of the strongest bonds but requires more facing bricks than other bonds. 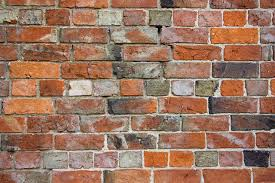 This is similar to the English bond but with one course of headers for every three courses of stretcher. The headers are centred on the headers in course below. This gives quick lateral spread of load and uses fewer facings than an English bond. 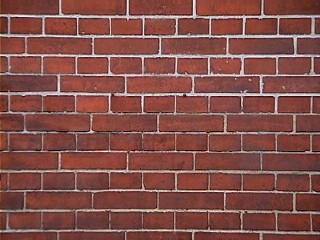 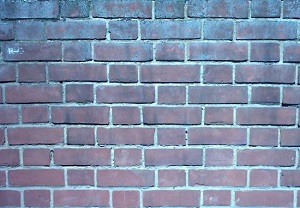 This is formed by laying headers and stretchers alternately in each course. The headers of each course are centred on the stretchers of the course below. This bond is strong and often used for walls which are two-bricks thick. 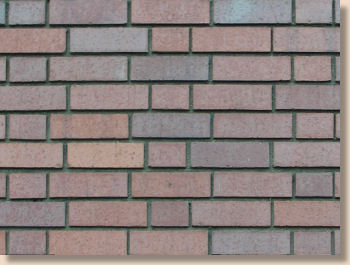 This variant of Flemish bond uses one header to three stretchers in each course. The header is centred over the stretcher in the middle of a group of three in the course below. 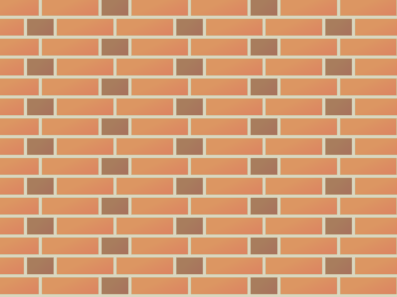 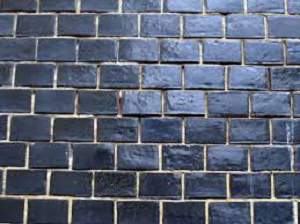 This bond features courses of headers offset by half a brick. It is similar to the stretcher bond but with headers instead of stretchers. 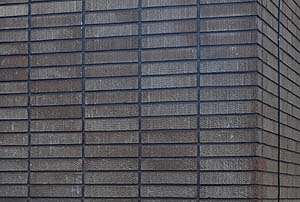 In stack bond, bricks are laid directly on top of one another with joins aligned, running vertically down the entire wall. Bricks can either be stacked horizontally or vertically.

The alignment of joints results in minimal bonding which means that this bond is weak and often structurally unsound unless wire bed-joint reinforcement is placed in every horizontal course or, where loading is moderate, every alternate course. This is often used purely for decorative purposes and in rain-screen applications.

This bond uses three stretchers and one header in each course.

The 2018 International Residential Code (IRC), published by the International Code Council (ICC) defines running bond as: ‘The placement of masonry units such that head joints in successive courses are horizontally offset not less than one-quarter the unit length.’