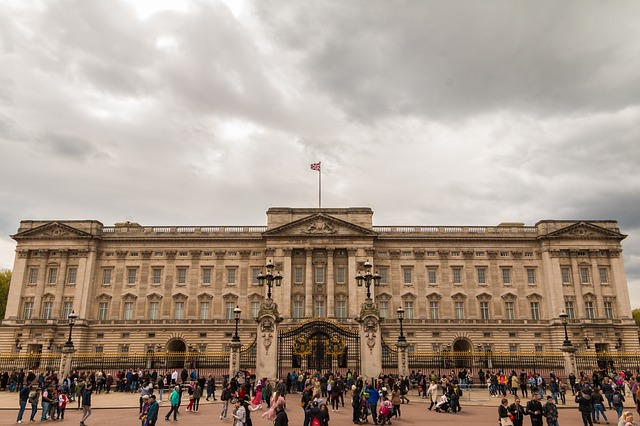 Buckingham Palace is the symbolic residence and administrative headquarters of the reigning British monarch, located at the end of The Mall in London.

The Palace has become synonymous with state occasions and times of national celebration or mourning, and is often used for royal hospitality.

Like Windsor Castle, the palace is owned by the reigning monarch who holds the right of the Crown, rather than being the monarch’s personal property. Responsibility for maintaining the palace lies with Her Majesty’s Government, in exchange for the profits made by the Crown Estate.

The palace has 775 rooms, including 19 state rooms, 52 principal bedrooms, 188 staff bedrooms, 92 offices, and 78 bathrooms. It also has its own post office, cinema, swimming pool, doctor's surgery, and jeweller's workshop. The palace garden is the largest private garden in London. 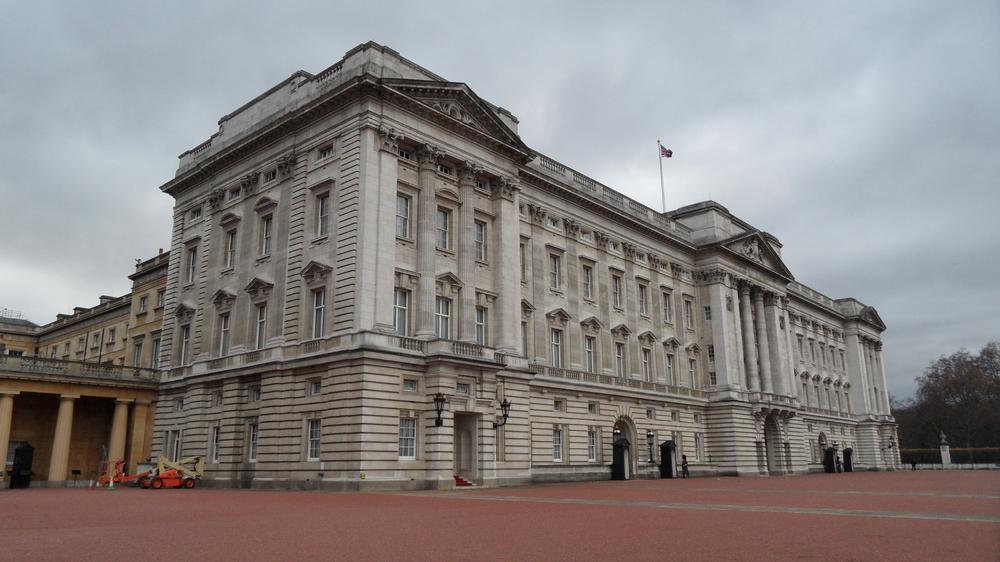 The first house was erected on the site in around 1624.

The building that is at the core of the modern palace was originally known as Buckingham House. This was a large townhouse built for the Duke of Buckingham in 1703, replacing the original house. It was built to the design of William Winde, as a large, three-storey central block with two smaller flanking service wings.

In 1761, King George III acquired the house as a private residence for Queen Charlotte and began remodelling the structure.

In 1826, King George IV decided to enlarge the house into a palace, using the services of the architect John Nash. The plans involved constructing three wings around a central courtyard. The external façade was designed in the French neoclassical style that was favoured by the King. However, costs rose steeply and, in 1829, the King removed Nash as architect. In 1830, the new King William IV appointed Edward Blore to complete the works.

It was with the accession to the throne of Queen Victoria in 1837 that Buckingham Palace became the official London residence of the British monarch.

Electricity was first installed in the Ball Room of Buckingham Palace in 1883.

The last major structural additions were made in the late 19th and early-20th centuries. In 1911, the gates, railings and forecourt were created. In 1913, the east front that looks out on the Mall was redesigned by Sir Aston Webb. The refaced principal façade of Portland stone was designed to be the backdrop to the Victoria Memorial statue, and includes the famous balcony on which the Royal Family greets crowds.

The interior includes a range of baroque, rococo and 19th century finishes. There is widespread use of brightly-coloured scagliola and blue and pink lapis. King Edward VII redecorated many of the interiors in a Belle époque cream and gold colour scheme. 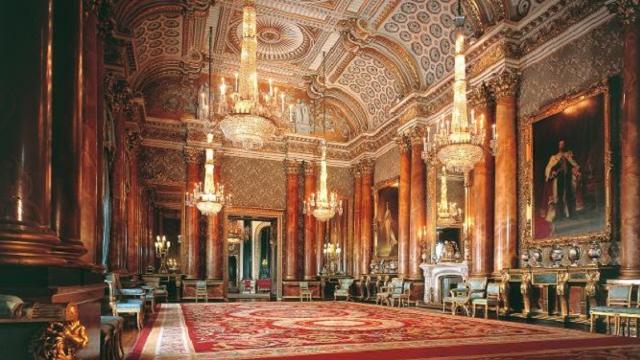 The palace was bombed nine times during World War II, the most serious of which destroyed the palace chapel in 1940. John Mowlem & Co. was responsible for the careful restoration of the palace when the war was over.

In 1970, the palace was designated a Grade I listed building.

The state rooms, used for official and state entertaining, are open to the public each year for most of August and September and on some days in winter and spring.

The palace has steadily been falling into disrepair over the years and in March 2017 a 10-year schedule of maintenance work was approved by the Parliament. This will include new plumbing, wiring, boilers, radiators and solar panel installation on the roof. The costs for this have been estimated at £369 million, to be funded by a temporary increase in the Sovereign Grant paid from the income of the Crown Estate. The maintenance work is intended to extend the working life of the palace by at least 50 years.

Retrieved from "https://www.designingbuildings.co.uk/wiki/Buckingham_Palace"
Create an article