Windsor Castle: a thousand years of a royal palace 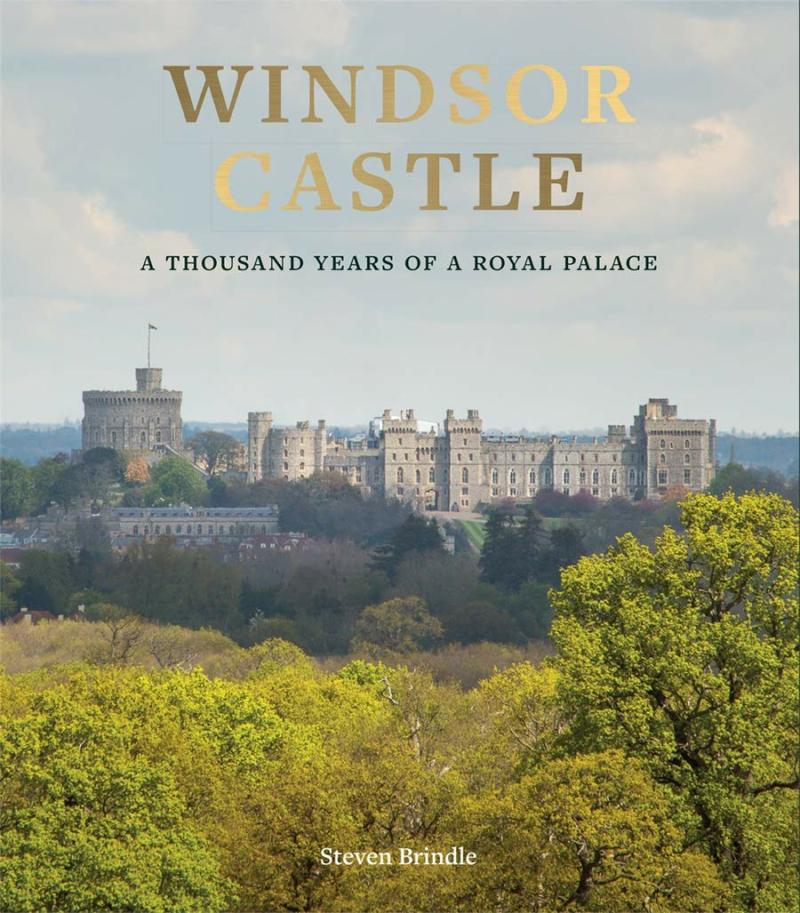 Catastrophes can bring out the best in people. The adage certainly applies to the devastating fire at Windsor Castle during the Queen’s annus horribilis of 1992 that triggered both the common effort to restore the destroyed state apartments and the comprehensive, archaeologically supported reassessment of the castle’s past. Written by authorities on the castle’s fabric and contents, this monumental account delivers the first holistic view of Windsor Castle’s history for generations and sets historiographic standards for years to come.

The subtitle should not be taken too literally. Apparently, the earliest known structure on site, a motte and bailey with timber palisades, was built after 1066 as a defensive fortress. The first court recorded here was held by Henry I in 1110 when the new masonry-built King’s Hall and King’s Houses on the hill replaced Old Windsor down the Thames. It was only around 1240 under Henry III, a decade after the completion of the castle’s defences, that Windsor Castle effectively became the Crown’s principal residence outside London. We learn that the kings had been tenants – curiously, the Crown did not buy the manor until 1546. Windsor Castle may not be a millenarian such as Castel Sant’Angelo or the Palace of Goslar, but it outshines any castle or palace worldwide as both the doyen and the largest of continuously occupied royal residences.

In its modern-day appearance (Jeffry Wyatville’s rebuilding from 1824 to 1840) the castle has become the very emblem of princely abode, imitated from Stolzenfels to Babelsberg. Like the Vatican City, it functions as a living community, inspired by tradition, and held together by the sovereign. Kings and queens from the Plantagenet to our own Elizabethan era have left their mark as the various incarnations of royal lodgings mirror all phases of architecture, whether Edward III’s Romanesque or George IV’s Tudor-gothic style. The state rooms have been adorned by eminent artists and craftsmen such as Antonio Verrio and Grinling Gibbons. Windsor Castle serves as a three-dimensional panorama of English architectural and art history – and so does the book.

The authors recount the complex story of this 910-year-old royal palace in tandem with an abundance of written sources, accompanied by conjectural reconstructions and a plethora of exquisite illustrations. These include superb etchings by Wenceslaus Hollar; gorgeous aquarelles prepared for WH Pyne; hand-coloured lithographs by John Nash; and the most delicious photographs of St George’s Chapel’s interior. Every aspect, every element enjoys full representation – upstairs and downstairs: the accumulated labyrinth of state apartments and the warren of kitchens; the distinctive cloisters of the College of St George; the chain of walls and towers; as well as Windsor Great and Little Park with Victoria and Albert’s resting place at Frogmore.

‘Windsor Castle’ is a beautifully written and sublimely illustrated tome that reflects the magnificence of its subject on every page. Meticulously researched, it contains 28 pages of annotations and 30 pages of bibliography. Enclosed are colour-coded floor plans, dating the fabric in the upper, middle and lower wards. At 552 pages, reading this masterpiece makes for an apt pastime in our new age of self-isolation. Today, more than ever, one’s home is one’s castle.

This article originally appeared as ‘One’s home is one’s castle’ in Context 167, published by the Institute of Historic Building Conservation (IHBC) in March 2021. It was written by Michael Asselmeyer, historian and architect.

Retrieved from "https://www.designingbuildings.co.uk/wiki/Windsor_Castle:_a_thousand_years_of_a_royal_palace"
Create an article