Why creating new ponds helps to protect the ecosystem 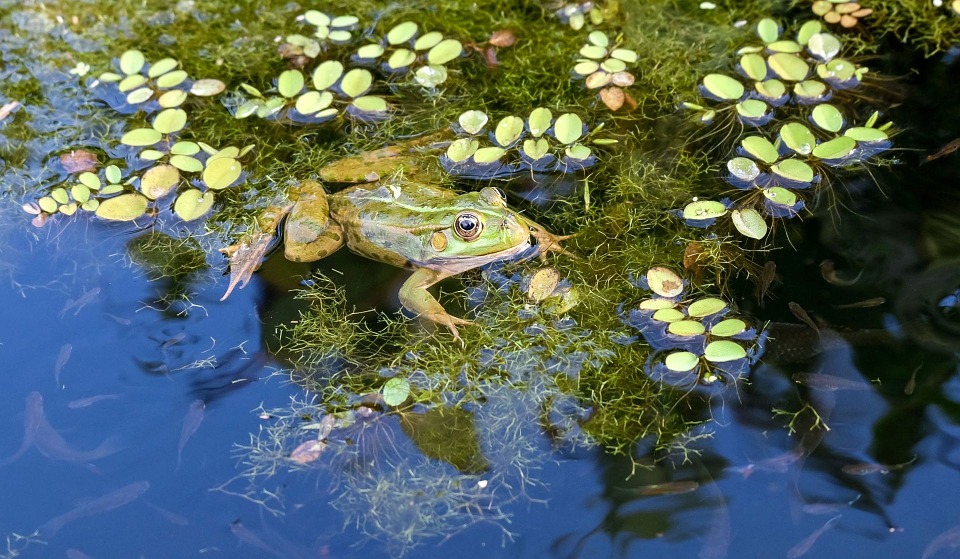 At the start of the 20th century, there were around a million freshwater ponds in Britain, supporting a biodiverse mix of animals, plants and herbs. By the turn of this century, half had disappeared and, according to research by charity Pond Conservation, 80% of those remaining were in a poor condition and most were polluted.

Increased building development in the countryside and intensification of the landscape have been blamed for the decline in ponds. Agricultural chemicals from neighbouring farmlands are the main cause, leading to ponds becoming overgrown and stagnant, and the subsequent failure of the ecosystem.

Ponds need clean water to thrive, but once pollutants enter the water, the delicate ecosystem breaks down, leading to loss of habitat for threatened species such as toads, newts and frogs. A total of 105 rare and declining pond species are a national priority for conservation action under the Government’s Biodiversity Action Plan.

To counteract the loss of ponds in the UK, the charity Pond Conservation launched its Million Ponds project, aiming to replace half a million ponds within the next 50 years and so protect freshwater wildlife.

[edit] How does the pond ecosystem work?

A pond ecosystem works with the natural environment to provide food and protection to the wildlife and plants it supports. Fish nibble on the plants and algae, producing waste that is broken down and absorbed as nutrients by the plants. These plants filter the water naturally and help keep harmful algae to a minimum.

The importance of ponds for biodiversity has only recently been understood. Research has found that invertebrate biodiversity and abundance is greater in ponds than in rivers.

Frogs, toads and newts use small ponds to breed, while large ponds can support waterfowl, including mallard ducks, moorhens and coots. The grey heron also regularly visits even the smallest ponds, feeding on fish and amphibians.

Pond liners are the ideal solution for creating a richly biodiverse and sustainable pond. Water loss is a significant issue for ponds, due to normal ground absorption and adverse weather conditions, such as drought.

Liners not only significantly reduce water loss, but also minimise the amount of silt that can enter the water. For manufactured ponds created for aesthetic reasons, such as those on golf courses, less silt production will maintain water clarity. Liners also prevent water contamination by acting as a barrier against pollutants in the ground.

Geomembrane liners are impermeable barriers that prevent water from passing through. They are ultra-strong and durable, as well as being completely customisable – so they can be used to line a small fish pond or large man-made fishing lake, for example.

The liners are flexible and resistant to punctures and will withstand debris, such as rocks and branches. They are also resistant to temperature variations from snow and ice to drought conditions.

Most importantly, geomembrane is totally eco-friendly and environmentally safe, so it is harmless to wildlife and vegetation.

Phase II of the Million Pounds Project is taking place in England and Wales. Its completion may result in the creation of 30,000 new clean water ponds will have been created.

This article originally appeared in the Architectural Technology Journal (at) issue 133 published by CIAT in Spring 2020. It was written by Scott Parnell, Water Management Ltd.

Retrieved from "https://www.designingbuildings.co.uk/wiki/Why_creating_new_ponds_helps_to_protect_the_ecosystem"
Create an article