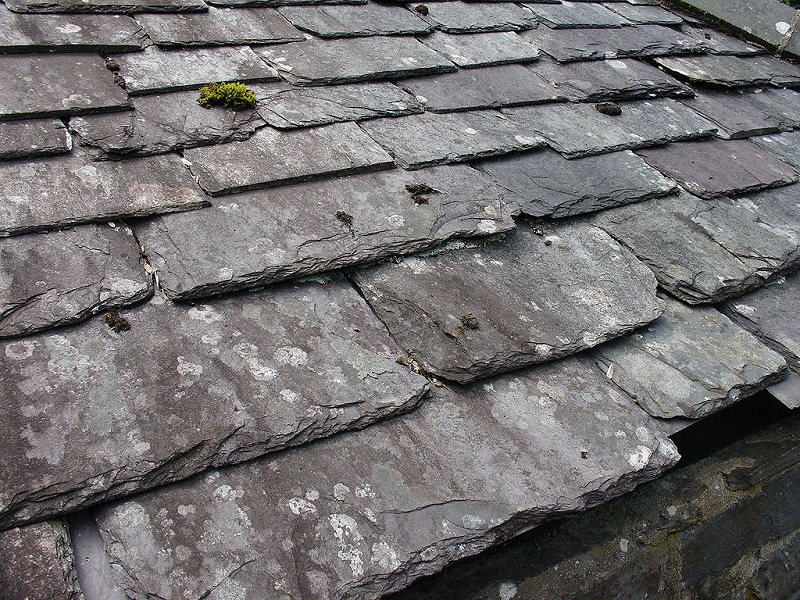 Slate is one of the longest-lasting roof materials, sometimes lasting more than 100 years. It is a natural rock that is mined and cut to become a form of 'shingle' (a thin, tapered piece of material used as a roof and wall covering). Slate has been used for hundreds of years as a roof covering but only after the industrial revolution and the construction of the railway network did they become common outside of the slate mining areas.

Roof slates are often mistakenly referred to as 'tiles' and vice versa. Roof tiles are made from materials such as clay or concrete rather than slate.

Slate is strong and has very good weather resistance as well as low water absorption, meaning that it withstands freezing temperatures well. However, the initial cost of slate shingles can be higher than other types of roof covering, as can repairs and maintenance. Slate roofs are also relatively heavy.

There are a wide variety of slate sizes, although a common large size is 600 x 300 mm. The quality (but also the weight) is determined by the thickness:

Slates are a suitable covering for roofs in at a pitch of more than 20 degrees. They are laid to the same double lap principles as plain tiles, but unlike plain tiles, every slate course is fixed to the battens by head or centre nailing.

Generally, the larger the slate, the lower the roof may be pitched. Also, the lower the roof pitch, the greater the head lap required. The top of the slate is referred to as the ‘head’. Overlap is when one slate overlaps another, whereas ‘head lap’ is when the head of a slate is overlapped by the slate two courses above it. On a slate roof this is the critical overlap and is necessary to prevent water penetration and leakage.

The roof pitch typically relates to the required head lap as follows:

Sometimes contractors can try cutting corners with the head lap to use less slate and reduces the weight of the roof. However, it is far better to be cautious and install a roof with extra head lap rather than risking problems which may require that the slates are removed and replaced.

Artificial slates can be a cheaper alternative to natural slate but their longevity is only around 40 years or so. They come in similar sizes to the larger natural slates but are considerably lighter in weight. They are normally fixed with 2 nails per slate, centre nailed, and a further fixing is used to secure the bottom edge of each slate to prevent it lifting in high winds or due to thermal expansion.